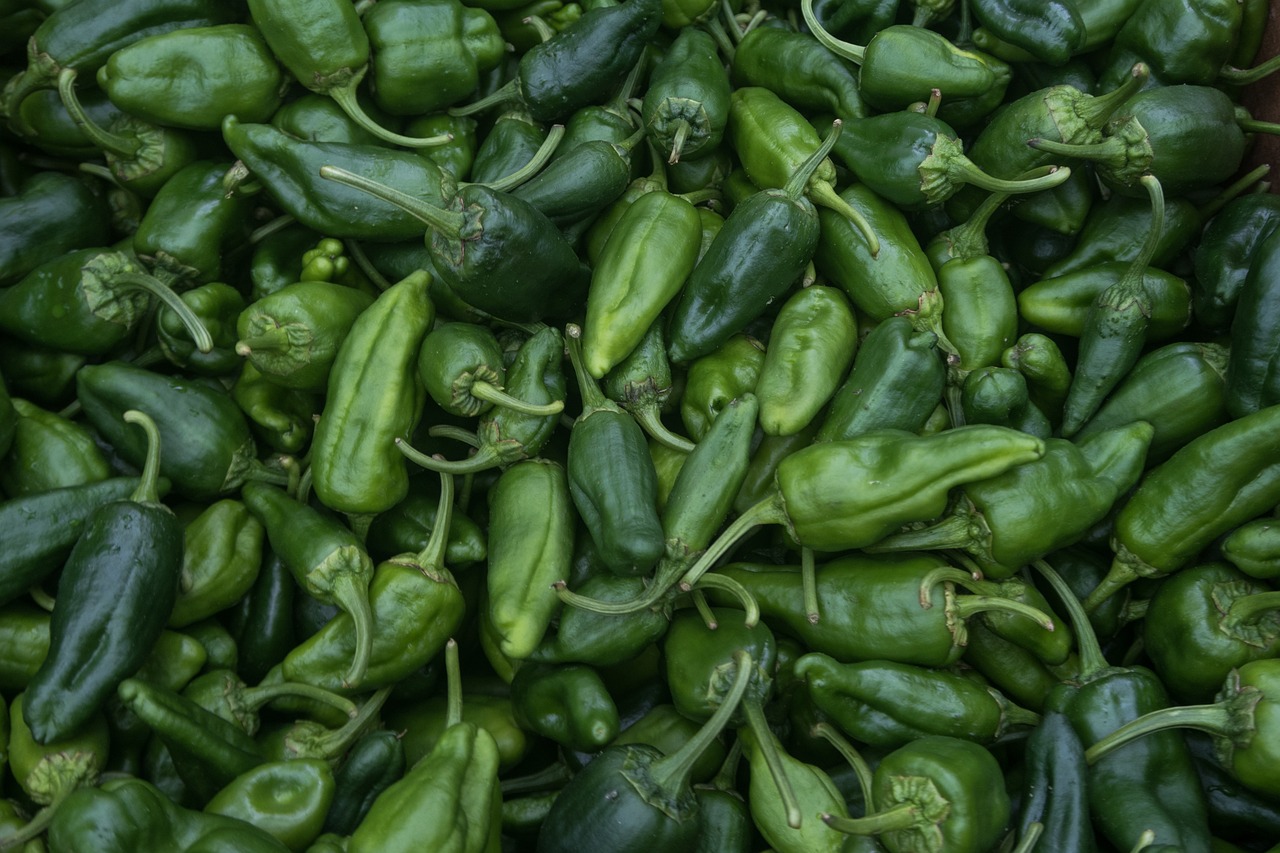 Comparing serrano vs. poblano peppers includes several differences from color to application in meals. That said, there are a few similarities between them. But which is hotter, sweeter, and more valuable in terms of application in dishes? Let’s find out.

This article will examine the serrano vs. poblano pepper debate to extract what they do and don’t have in common. This will ultimately help you decide where and when to use each, so ensure you read to the end.

What Are Serrano Peppers?

Serrano peppers are native to the highlands of Puebla and Hidalgo, Mexico, where several chili peppers are cultivated. Their flavor is fresh and tangy, and they pack a powerful punch compared to jalapeno peppers. Serrano peppers are popular in traditional salsa dishes and are often eaten raw.

These peppers are green when unripe but turn different shades as they ripen. But you may find them in red, brown, orange, or yellow, depending on when they are harvested. Small in size, the serrano pepper packs a little punch and is a common ingredient in Mexican cooking.

The green version of this pepper is the most popular one found in stores. And these peppers are available fresh, canned, or dried.

What Are Poblano Peppers?

On the milder end of the Scoville heat scale, poblano peppers are a staple in Mexican and Southwestern cuisine. They are most famously used in the traditional dish chile relleno. This dish comprises a roasted poblano pepper stuffed with cheese and fried.

The Poblano pepper gets its name from the Mexican state of Puebla, where it’s said to have originated. It is large and features dark green skin thicker at the base before narrowing to a tip. And it delivers a mild heat level, scoring only between 1,000 and 1,500 Scoville heat units.

Serrano Vs. Poblano: What’s The Difference?

So, what makes these chili peppers different? Here is a list of their differences concerning various vital features:

Serrano peppers have an earthy, grassy flavor similar to jalapenos, but they are much hotter. However, poblano peppers are often likened to green bell peppers, having similar earthy notes but with a slight sweetness in taste.

Serrano peppers can be eaten raw and cooked. But they are most often used to make salsa, relish, or sauce.

On the other hand, poblano peppers are typically cooked before being consumed because of their tough skin. Roasting and stuffing are two of the most common applications for poblano peppers. However, they also work wonderfully in any dish that calls for chili peppers.

The components of these peppers mentioned in this post are remarkable. They can transform your ordinary meal into a tasty delight if you understand their differences. With this serrano vs. poblano comparison in hand, you should be able to use them correctly.