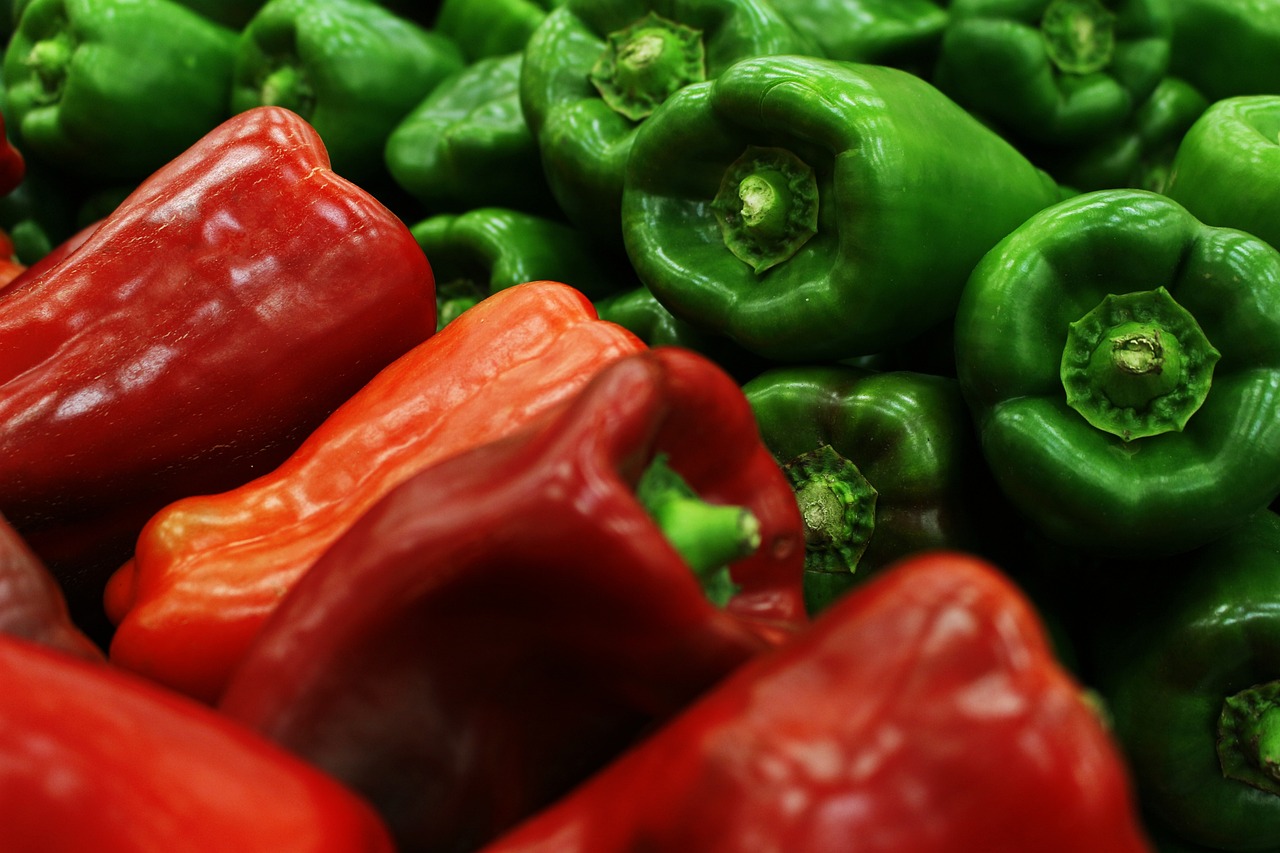 Despite their colors, a red vs. green bell pepper comparison is essential to determine the effect on your dish. While there may be similarities in taste and texture, there are distinct differences to consider. Knowing these differences will help you select the right bell pepper to elevate your dish.

This article will bring the red vs. green bell pepper debate to the fore. We’ll examine their differences and similarities in more detail. You don’t want to miss the essentials between these peppers, so ensure you read to the end.

What Are Red Bell Peppers?

Originating in Central and South America, the first culinary use of these peppers took place in central Mexico some 7,500 years ago. Several distinct cultivars have since emerged and are in use today. And one of them is the bell pepper.

Red peppers offer a flavor that is somewhat sweet and earthy. Since their sweet flavors brighten up so many recipes, red peppers are produced worldwide and continue to be popular.

What Are Green Bell Peppers?

Green peppers are simply bell peppers that are not yet fully ripe. As the green bell pepper ripens, it becomes yellow and red when completely ripe. Bell peppers are actually a fruit despite their widespread use as a vegetable.

As such, they are prevalent and are used in domestic and commercial kitchens worldwide. These peppers carry excellent nutritional value and are an ideal ingredient for enhancing almost any meal.

Here are some of the differences between the red and green bell pepper:

Both green and red peppers are bell peppers harvested from the same plant. But bell peppers change color as they ripen.

On the other hand, red bell peppers are a bit softer and more tender than green bell peppers. They offer a silkier texture and blend easily into dishes. The red bell pepper’s seeds also hang more loosely at its center.

Green bell peppers are earthier and deliver a decidedly savory flavor, although they offer a little sweetness. They are crunchy and can be eaten raw or cooked.

On the other hand, the red bell pepper is a bit sweeter and brighter in flavor, with a definitive boldness to it. These peppers are also crisp but are not as crunchy as green bell peppers. And they’re also often eaten raw and in cooked meals.

On the other hand, green bell peppers are great for frying, sautéing, and grilling. They are most often included in stews, casseroles, and stir-fries. And they make an excellent topping for salads, salsas, tacos, and more.

Both of these bell peppers are fantastic when used in meals. And they can sometimes be used as a substitute for each other. This red vs. green bell pepper comparison should put you on the path to choosing the right one for your dish.