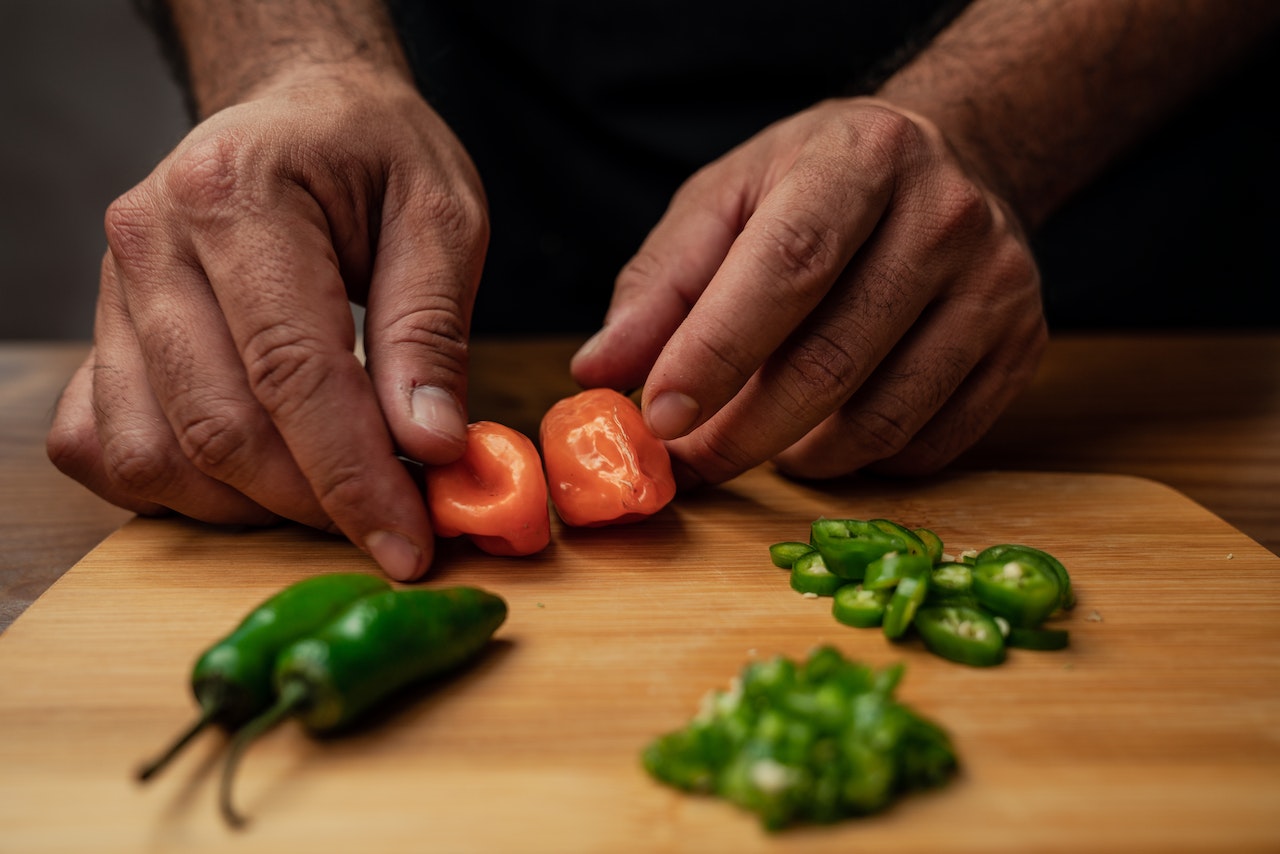 It’s understandable why people would want to engage in a jalapeno vs. ghost pepper debate. As it’s the most common pepper, most prefer to compare jalapeno peppers to others.

And these two chili peppers carry certain similarities. However, there are differences between them which will help you understand how they are used.

This article will conduct a thorough jalapeno vs. ghost pepper comparison, examining their similarities and differences. If you plan to use either in your next meal, you will want to read this.

What Are Jalapeno Peppers?

Jalapeno peppers are derived from the Capsicum annuum plant species. They’re popular for being spicy in a subtle, tender way. Despite its reputation as a hot pepper, the jalapeno scores low on the Scoville heat scale.

In fact, it’s considered to be incredibly mild and is just a few notches up from the harmless bell pepper. The city of Xalapa (sometimes spelled “Jalapa”), Veracruz, in Mexico, is where this popular pepper originated.

Although this pepper is now grown worldwide, this is where the jalapeno gained its name. This well-known pepper is known by several names throughout Mexico, including gordo, huachinango, and cuaresmeno.

What Are Ghost Peppers?

The ghost pepper is one of the hottest chili peppers in the world. It is commonly found in meals where an extreme spice level is required to produce the required flavors.

These fiery peppers were first cultivated and used in Northwest India. But their popularity has spread worldwide, and they are used in several dishes, including Mexican cuisine.

Some academics in Mexico helped propel the ghost pepper to international prominence in 2001 as part of a heat competition. Ghost peppers won the test, passing as the hottest pepper in the world at that point. Today, they’re considered one of the top ten hottest peppers on the planet.

Several differences separate these peppers when conducting a jalapeno vs. ghost pepper comparison. Some of the key differences are highlighted below:

The ghost pepper originates from Northwest India, while the jalapeno has its roots in Mexico and Central America.

Ghost peppers are incredibly hot, but they have a sweet taste that enhances the flavor of a meal. It is spicy with fruity undertones that pepper heads will love.

On the other hand, jalapenos deliver an extremely mild heat in comparison, with a warm, earthy, and slightly sweet taste. They provide a more subtle taste in dishes than ghost peppers.

The ghost pepper is an excellent option if you’re looking for extreme heat in your chili sauce. Interestingly, they are also used as a defensive weapon in pepper spray and chili grenades.

Though they are both chili peppers, their differences clearly show that they cannot be used interchangeably. Conducting this jalapeno vs. ghost pepper comparison has highlighted these features to ensure you use them appropriately.