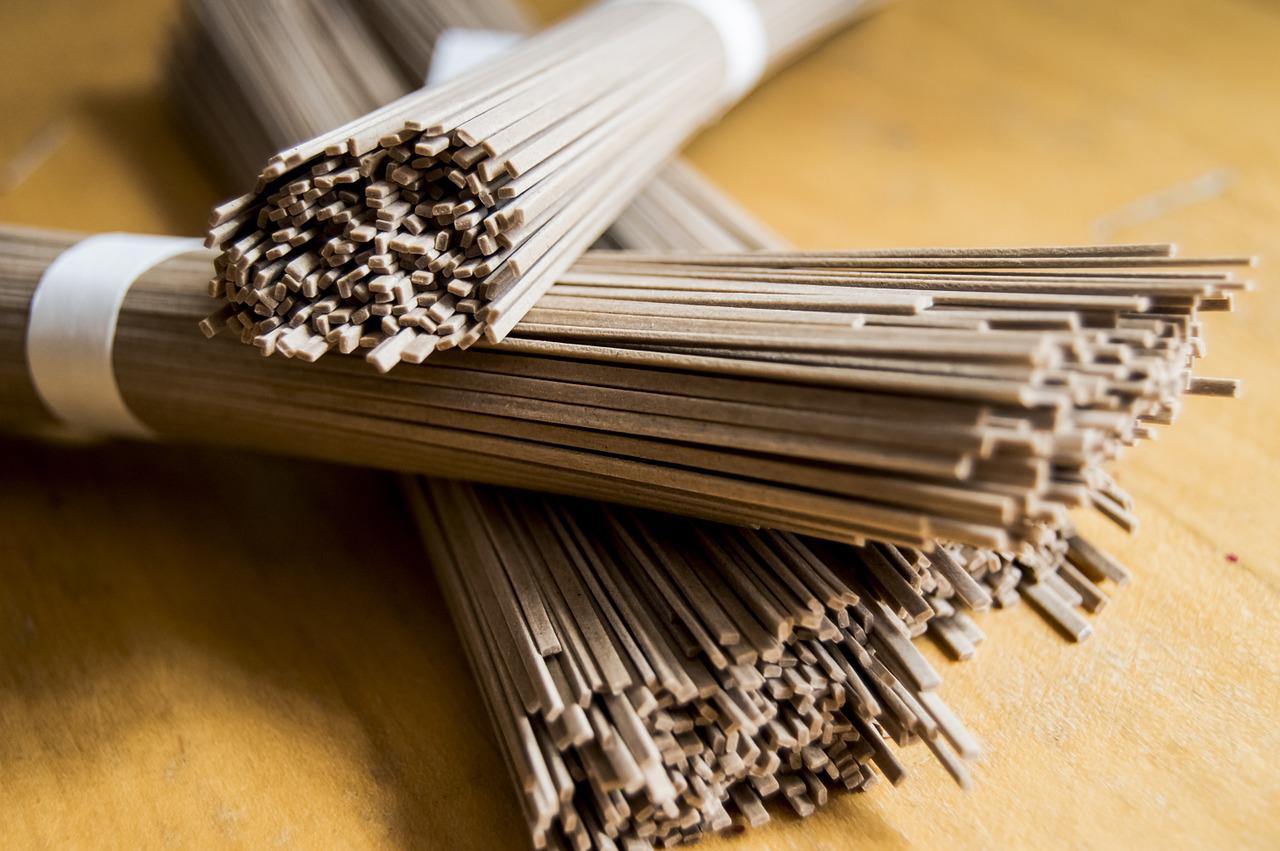 Noodles are arguably one of Asia’s most popular ingredients. And they are particularly common in China, where they have been a daily staple.

They are a component in braised meat dishes, salads, soups, fries, spring rolls, and even desserts. And there are so many types of noodles available. But it’s often difficult to differentiate between the various types of noodles.

This article will examine the difference between soba noodles vs. egg noodles.

Although Chinese egg noodles and soba noodles can be used interchangeably, soba noodles offer a slightly healthier alternative. This is primarily due to the soba noodle’s core ingredient, buckwheat.

That aside, egg noodles are more yellow in color, whereas soba noodles have a light brown color to them. Egg noodles are also slightly sweeter than soba noodles. But both are chewy and great for absorbing the flavors of any dish they’re used in.

What are Soba Noodles?

Soba is the Japanese word for buckwheat. Hence, the primary ingredient in soba noodles is buckwheat. In fact, buckwheat flour is frequently used to make noodles in Korea and Japan.

These noodles are typically eaten cold in the summer and make a fantastic addition to salads. However, soba noodles can also be served hot with a sauce or in a broth.

Since buckwheat lacks gluten, which is necessary for the noodle’s strength, some of these noodles also contain wheat flour. The percentages of the different types of flour might differ from one manufacturer to the next. Therefore, it’s best to check the labels for the list of ingredients before buying.

Buckwheat flour is nourishing since it contains protein, fiber, and manganese.

What are Egg Noodles?

Egg noodles are a kind of wheat and egg yolk-based noodle. They are characterized by round, yellow strands that are chewy and soft if fresh or crisp but firm if dried. This popular noodle can be deep-fried until crispy but is most often used in stir-fry dishes.

Before adding them to stir-fries or soup recipes, they only need to be soaked in boiling water for approximately 1 minute.

While they are not the same, soba noodles and egg noodles are comparable because you can easily substitute one for the other. No matter which noodles you choose, they will enhance the flavor of any meal and are a superb option if you need a quick bite.