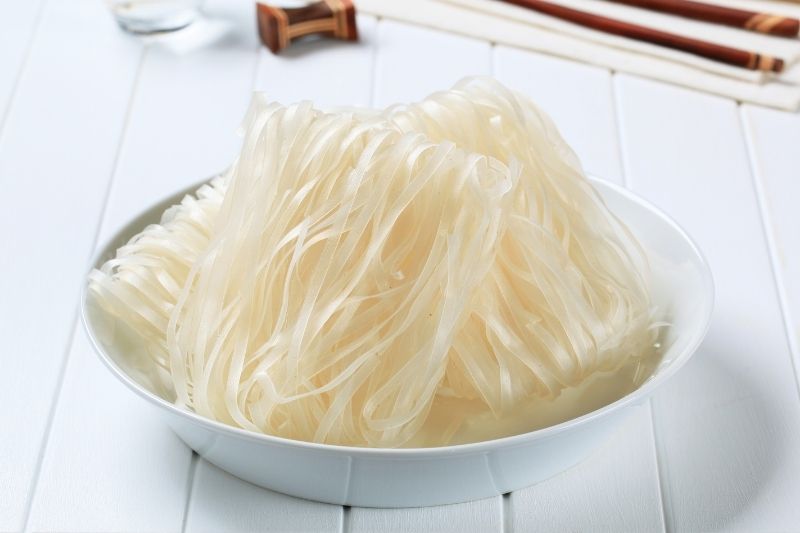 Noodles were created in China roughly 10,000 years ago and are now incredibly popular worldwide. Rice and egg noodles are two beloved noodles in Asian cuisine. But it can be challenging to decide between rice noodles vs. egg noodles. To determine which is best for your dish, learn more about both here.

What are Rice Noodles?

Rice noodles are made up of rice flour and water. Tapioca or cornstarch may sometimes be added, which changes their look and taste slightly.

Rice noodles tend to be long, flat, and lean. As a result, they are available in a wide variety of widths. Narrow and wide rice noodles are essential ingredients in many different Thai dishes.

What are Egg Noodles?

Long and thin, egg noodles are prevalent in almost all types of Asian cuisine. In fact, they originated in China and are the basis of the world-famous chow mein dish.

These noodles contain a higher percentage of eggs than other noodles with eggs in them. Wheat flour, eggs, water, and salt are the primary ingredients.

Egg noodles generally have a tastier and more satisfying flavor and texture than rice noodles. Rice noodles are less flavorful than other varieties of noodles but take on the flavor of the dish they’re in. Therefore, they must be combined with flavorful ingredients, sauces, and spices.

Asian cuisine relies heavily on noodles to form the basis of many traditional and staple dishes. While rice noodles may be more prominent in Thai cuisine, they are still used in other parts of Asia. However, egg noodles are more common in Chinese dishes.

You’re bound to find either of these noodles readily available at general grocers and specialty food stores. However, knowing the characteristics of rice noodles vs. egg noodles will help you when unsure which is suitable for your dish.