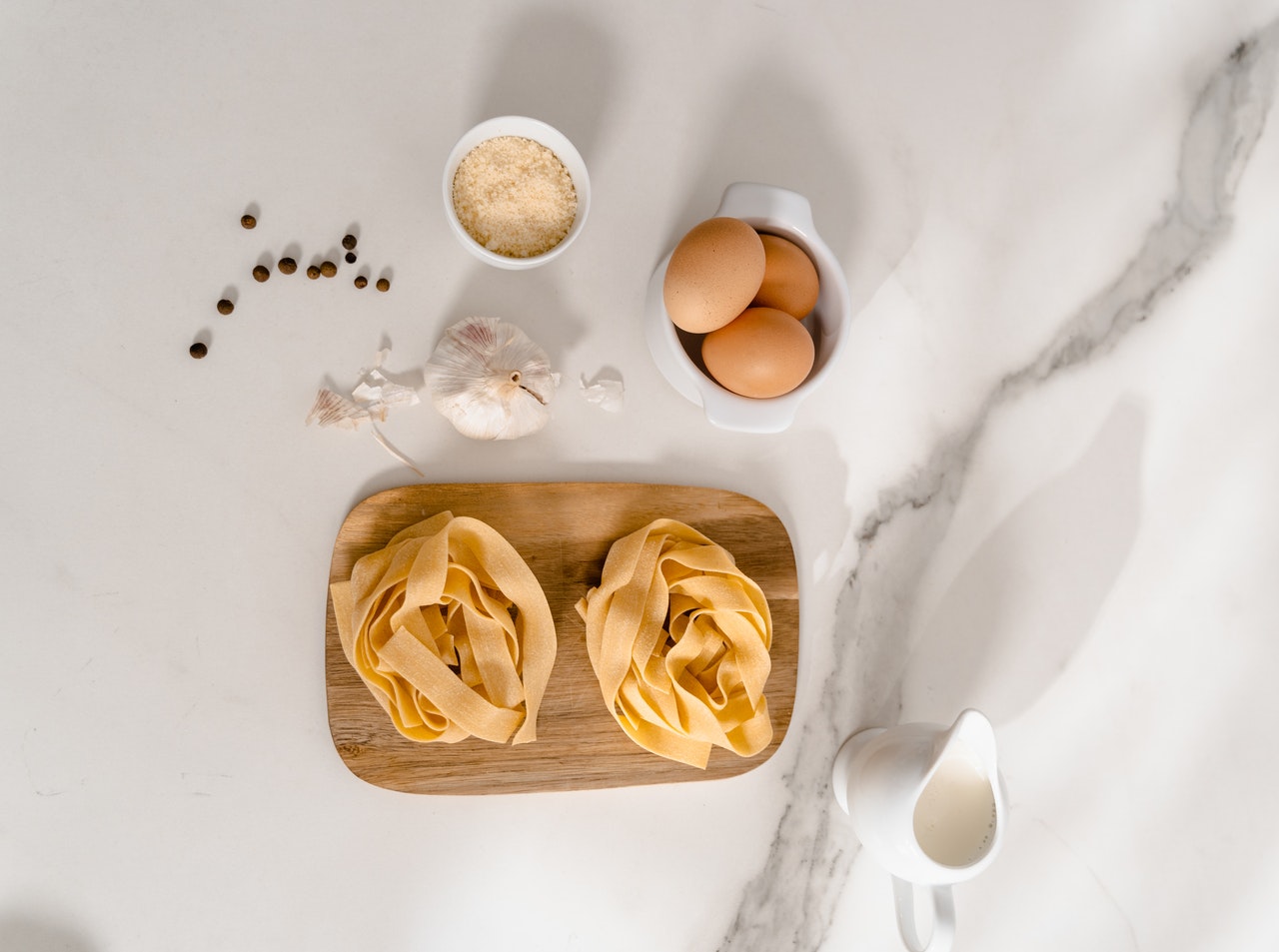 Egg noodles are a particular type of noodles made from wheat flour and eggs. The mixture is formed into a dough and cut like regular noodle strips. Egg noodles cook very quickly in boiling water, and they taste amazing.

They come in different shapes but are typically broad and wide with a thick texture, depending on your liking. The signature yellowish color and flavor come from the main ingredient: eggs. Egg noodles have a tender texture that is suitable for all age groups.

While egg noodles are similar to regular pasta noodles, they are pretty different. Egg noodles have fewer calories, carbs, and protein. They are nutritious, filled with nutrients like vitamin B and minerals like selenium, manganese, etc.

Although egg noodles are a delicious and nutritious meal, they contain gluten. Therefore, they may not be suitable for gluten-sensitive individuals. Gluten can be found in wheat flour used to make egg noodles.

Pairing this dish with nutrient-dense foods is very important for weight loss as egg noodles have a high glycemic index. You can maximize the meal’s nutrients and have a well-rounded diet with proper pairing.

Sometimes, you may run out of egg noodles, wondering what another substitute could stand in for it.

Fettuccine is an Italian flat ribbon pasta. It bears many similarities to egg noodles because of their ingredient components. Fettuccine is very popular in Roman and Tuscan cuisine. Made from flour and eggs, they taste like egg noodles and can be used as a replacement.

This flat ribbon pasta is usually about 0.25 inches wide, while wider variants with a width of 0.5 inches are called fettucce. Fettuccine is typically eaten with some ragu or cheese, like Fettuccine Alfredo. You can get fettuccine pasta from a grocery store or make them yourself from scratch.

Spaghetti is a long, cylindrical pasta variety. It is one of the most popular kinds of pasta and a traditional Italian cuisine staple. Although it is made from wheat, eggs, and water, it is an excellent substitute for egg noodles. Sometimes it comes enriched with vitamins and minerals.

Spaghetti is a strand of pasta with a length of 10-12 inches, typically served with sauces, meat, or vegetables. They have the same taste and won’t mess up the texture of your dish. Spaghetti can easily be obtained from supermarkets or grocery stores or made from scratch in your kitchen.

Linguine, meaning little tongues, is a ribbon pasta variety. The pasta edges are elliptical rather than straight like fettuccine, probably earning its name little tongue (like the curve of a tongue). It is prevalent in Italy and is traditionally served with sauces.

The main ingredients in linguine are flour and eggs, making it an excellent substitute for egg noodles. It is a long noodle and similar to fettuccine. Both can be used as substitutes for egg noodles as they taste similar. You can easily get them at grocery stores or make them from scratch.

Lasagna noodles are one of the oldest types of pasta. It is made of very wide rectangular flat pasta sheets with ruffled edges.

Classified as ribbon pasta, lasagna is made of durum wheat and eggs. Lasagna pasta is popularly used in the dish Lasagna, which is layers of stacked lasagna sheets with filling in between.

Although lasagna is a wide pasta variety, it can act as a substitute for egg noodles as it has a similar taste and texture. It can be bought dried from supermarkets or made from scratch.

Ribbon pasta is a variety of pasta that originated in Italy. Although it was initially made as an appetizer, ribbon pasta has become popular for people who want a healthier but tasty pasta alternative. The more common ribbon pasta varieties are made from corn or rice flour.

They are very thin and long but do not absorb as much water as other pasta varieties. Ribbon pasta has a similar taste and texture to egg noodles and could serve as a great substitute.

Egg noodles are a popular noodle dish and feature a lot in Asian cooking. They have a distinct egg flavor and a soft, chewy texture that is hard to replicate. This article lists five substitutes that would replace egg noodles in a pinch.