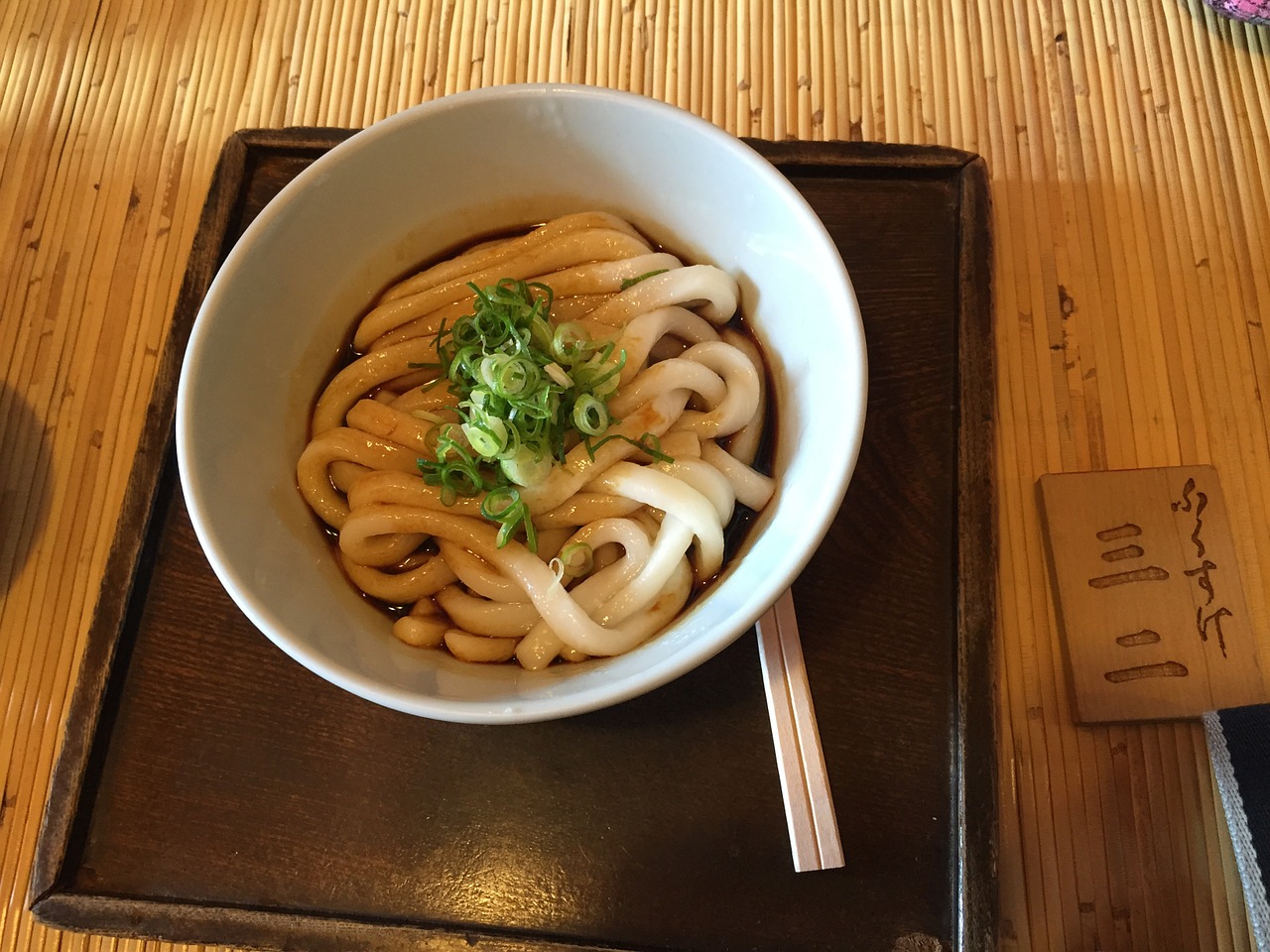 There are many types of noodles in Japan, but the most common is a thick stranded noodle known as Udon Noodles. While wheat flour is typically used to make this noodle, some regions use potato starch or carrots for an orange tint.

Udon Noodles are typically thick, elongated circular or square strands. But they can also be flat and ribbon-like. To prepare these noodles, simply boil them in water before serving. The result is a smooth and chewy noodle.

Some stores sell pre-cooked Udon Noodles, which can be reheated in broth or stir-fry. This type of noodle is more expensive than many of the other noodles, although it’s pretty easy to find.

However, if you can’t find Udon Noodles or you’d prefer not to use them, what are your options? We’ve got you covered with these fantastic Udon Noodles substitutes.

Soba noodles are an excellent substitute for Udon Noodles. The soba noodle, despite its nutty flavor, is devoid of gluten. So, they’re an excellent choice for those who have to follow a strict, gluten-free diet.

Wonton noodles can be thick or thin noodles. And the thick version of this Chinese egg noodle is a wonderful substitute for Udon Noodles. The texture and slickness are very comparable to that of Udon Noodles.

These noodles are great for soaking up the flavors of the dish. And even though their flavors are similar, Wonton Noodles are slightly richer and sweeter due to the addition of eggs.

Rice noodles are another fantastic alternative and can be bought in most supermarkets. You’ll find dried rice noodles in the rice and pasta aisle. Unlike Udon Noodles, ride noodles are made of rice flour and water and have a chewy feel.

Due to their white and translucent appearance may not look like an exact match for Udon Noodles. However, these mild-flavored substitutes will stand in for Udon Noodles in most dishes. These include varieties of soups, broths, and stir-fries.

Making rice noodles is also incredibly quick, as you only need to soak them in boiling water for a few minutes. But note that rice noodles are not suitable for baked dishes.

Udon Noodles and ramen noodles both originate from wheat. And you’ll find ramen noodles that contain eggs and varieties without eggs in them. While ramen noodles can be used in various dishes, they’re best in soups, stir-fries, and salads.

Its thin appearance distinguishes somen noodles from other Japanese wheat-based noodles. They offer a less chewy consistency but are also smoother in texture. That said, somen noodles do not perform well in stir-fry dishes since they are not as thick as Udon Noodles.

These noodles are ideal for those in a hurry as they can be cooked in just a few minutes. Somen noodles also have a mild flavor, so they won’t overwhelm your meal. Take note, though, that if you overcook somen noodles, they will turn to mush.

One of the most popular pasta in the world is spaghetti. Tomato-based sauces are the most common way to serve spaghetti. But they can also be included in soups, broths, stir-fries, and a variety of other recipes. Spaghetti is comparable in thickness and texture to Udon Noodles, making it a good Udon Noodles substitute.

For the best results, add a spoonful of baking soda to your pot of spaghetti throughout the cooking process. The alkalinity in the water will rise, resulting in a more flavorful pasta.

It’s always nice to try new things, at least once in a while. These substitutes will definitely satisfy your cravings for Udon Noodles if you don’t have them available. Try each of the above Udon Noodles substitutes when you have the opportunity. This way, you’ll soon find the one that suits you best.