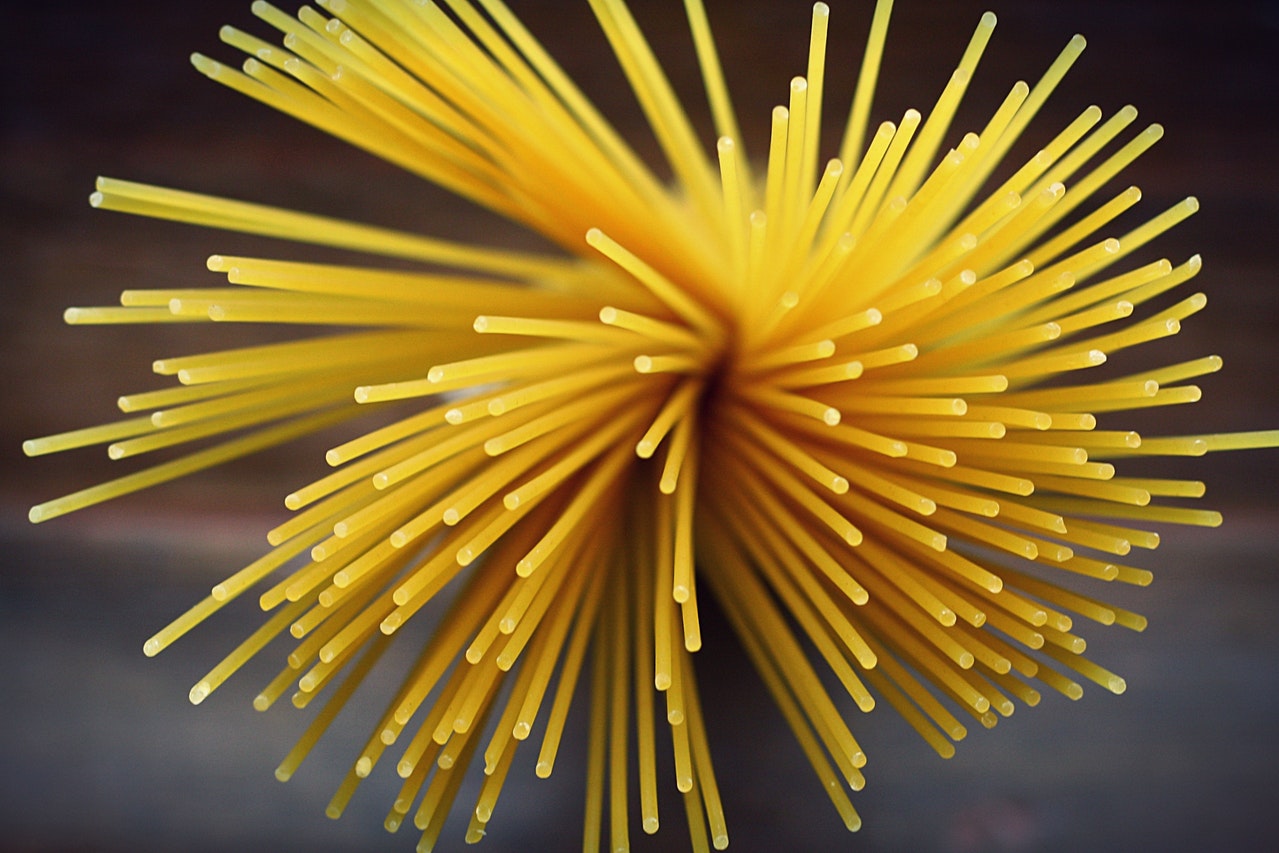 Spaghetti is often one of the first options when looking to whip up a quick family meal. Because this pasta variety is versatile and easy to make, it has become a staple in many homes worldwide.

When you think of spaghetti, your first thought travels to Italy, the home of pizza and pasta. However, despite Italy being widely accepted as the home of pasta, some believe that spaghetti came from China. Regardless of its origins, it’s one of the most common foods in several parts of the world for a good reason.

Spaghetti has an undeniably great taste and is so much fun to eat. But there are alternatives available to substitute for spaghetti when needed. All you need is a list like this that explores other options, including healthy spaghetti alternatives.

Angel hair pasta, also known as capellini, is very similar to spaghetti, making it the perfect spaghetti substitute. It also takes the shape of long thin strands of noodle-like pasta. However, angel hair pasta is very fine, with a diameter of less than 1 mm. As such, it has a much smaller diameter than spaghetti.

This pasta would be a great replacement for spaghetti in lo mein, chicken parmesan, or alfredo – as the sauces aren’t too heavy.

Vermicelli and angel hair pasta are often assumed to be the same thing. Both are very thin, packaged similarly, and can be used as a substitute for each other. However, they are two different kinds of pasta, with vermicelli being slightly thicker than angel hair pasta.

And this type of pasta is made using durum wheat flour. Vermicelli is often used as the noodle component in soups. But it would stand in as an excellent substitute for spaghetti in almost any dish. These fine noodles are also ideal for Asian-inspired dishes like stir fry and egg-fried noodles.

Fettuccine is another type of long-haired pasta but has thicker strands that are wider. This makes it a great alternative to spaghetti in dishes like ground beef bolognese, meatballs, and other red meat dishes that have heavier sauces.

While regular pasta contains more nutrients than rice noodles, the absence of gluten makes this alternative a healthy substitute for spaghetti. Therefore, rice noodles are a good choice for people with celiac disease or gluten sensitivity.

Rice noodles are easy to make and require very little cooking time. They’re also readily available in most grocery stores and can often be found in the pasta aisle. These noodles can be used as a substitute for spaghetti in Italian and Asian dishes.

Quinoa is a superfood, and you can now buy noodles made from quinoa. These quinoa noodles are an excellent substitute for spaghetti, no matter the dish you have in mind. And they contain a host of essential nutrients.

When cooking quinoa noodles, it’s best to add a drop of oil to your water before adding the noodles. This will help to prevent the noodles from sticking to each other. Quinoa noodles are great with meatballs, bolognese, and baked Italian pasta dishes.

The vegetable-based noodle variant is a fantastic substitute for spaghetti. And it offers a healthy and nutritious alternative that tastes great. Butternut squash noodles are made by passing the whole butternut through a spiralizer to create ribbon-like noodles.

This unique calorie- and carb-free pasta originates from Asia and has gained popularity worldwide. Shirataki noodles are made with glucomannan flour, water, and lime water. And they’re a great source of fiber, making them a healthy spaghetti substitute.

Unlike the other spaghetti substitutes on this list, shirataki noodles can typically be purchased pre-cooked off the shelf. You can bring out their flavor by rinsing them in hot water or boiling them for a few minutes. These are perfect for Asian-style dishes and pasta bakes.

Spaghetti is both pasta and a noodle. There are several situations where you might require a spaghetti substitute for a dish or recipe. In this article, we’ve shown you some of the best alternatives for any situation you might find yourself in.