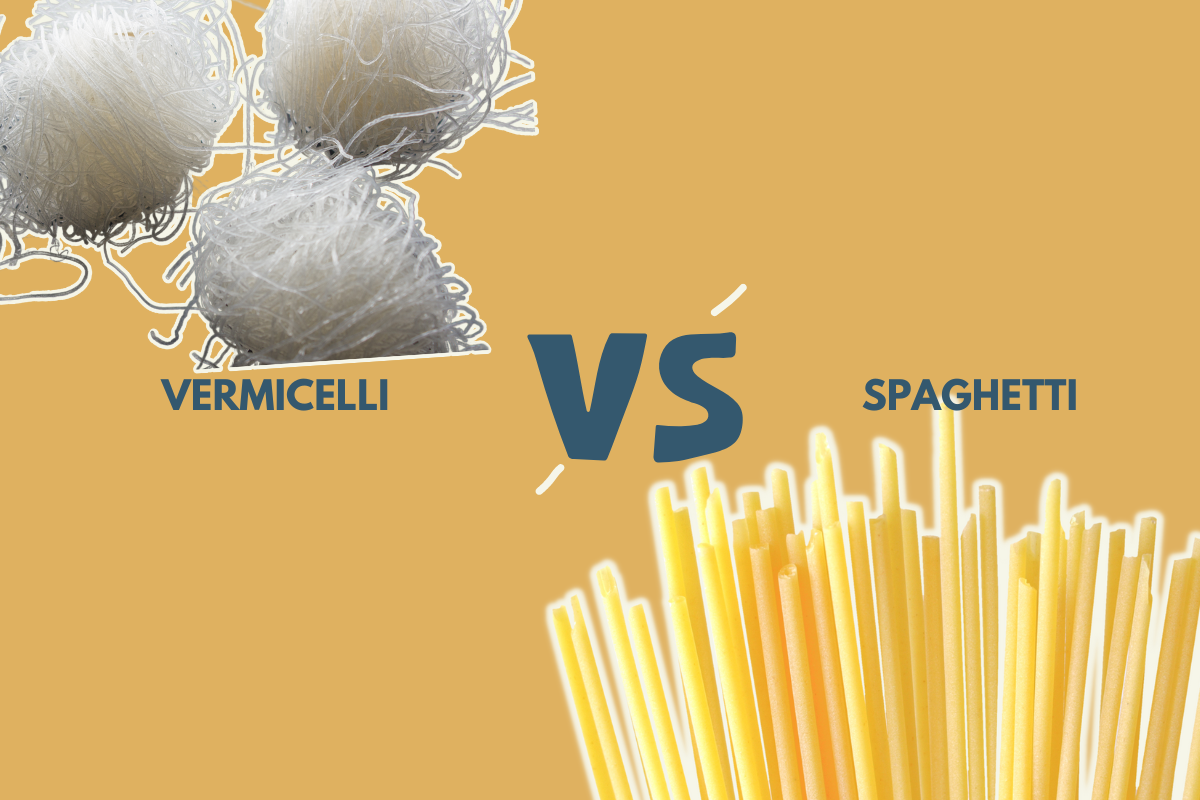 Vermicelli and spaghetti are relatively typical and popular kinds of pasta in many parts of the world. To many, they appear to be the same thing. But they’re essentially different shapes of pasta. If you’re having problems distinguishing between the two, look no further. Our guide on vermicelli vs. spaghetti has got you covered.

Comprising egg and durum wheat semolina, vermicelli is a stranded pasta staple of Italian cuisine. Due to the Italian word “vermi”, which means “worms,” vermicelli is translated as “little worms”. Dried durum vermicelli is the most common form, but fresh packages are sometimes available. The fresh variety is always made with eggs, but the dried variety may or may not include them.

A traditional, thin oil- or tomato-based sauce is a typical accompaniment for vermicelli in the United States, where it’s commonly served. A thin pasta such as this pairs well with a lighter sauce.

Spaghetti is a form of pasta that comes in a long, firm, cylindrical shape. It’s an essential component of Italian cuisine. And traditional spaghetti is comparable to other types of pasta in that it is produced from durum semolina. But it can also be made using various types of flour.

Spaghetti is frequently fortified with vitamins and minerals throughout the manufacturing process. It was originally manufactured in a very long length. But the shorter length acquired favor in the late half of the twentieth century and remains popular today. Today, the most typical spaghetti length is 25-30 cm. Spaghetti can be eaten with a variety of spaghetti sauces.

People may produce spaghetti at home using a machine to simplify the rolling process and ensure uniform cutting.

Vermicelli Vs. Spaghetti: What’s the Difference?

The following are the key differences when examining vermicelli vs. spaghetti:

The primary differences when examining vermicelli vs. spaghetti are the size, shape, and cooking time. Nevertheless, both are great substitutes for each other. But if you’re leaning toward incorporating a thicker sauce in your dish, spaghetti would be the better option.