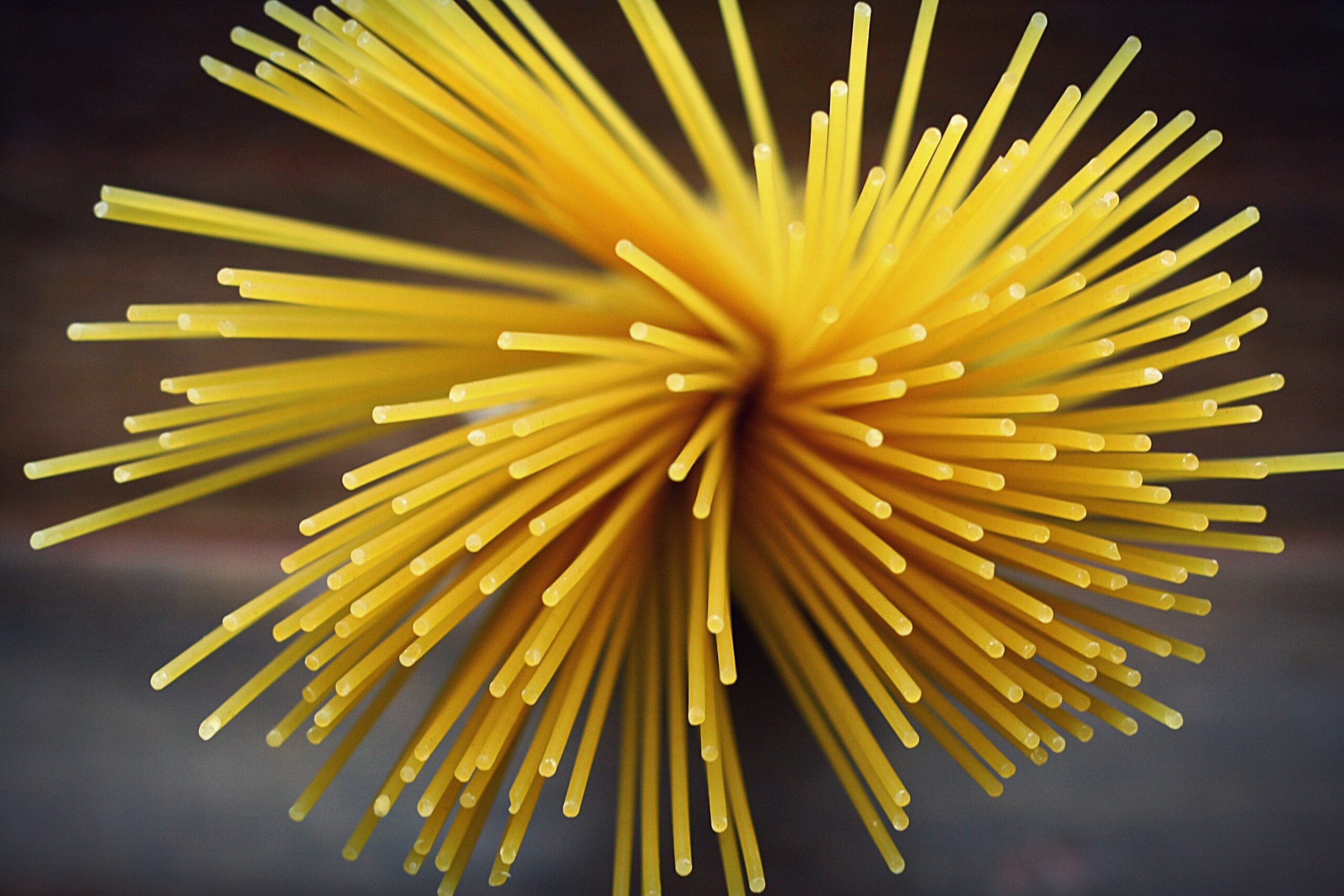 Italian cuisine is among the most popular cuisines with variety in its taste, shape, and ingredients. Regarding strand-shaped pasta, there are two popular types: Spaghetti and Linguine. Both kinds of pasta have a long, thin, and rope-like appearance.

Spaghetti and Linguine can all be the same for a layman, and you can also use one to substitute the other. However, despite all similarities, it’s easy to tell the difference between Linguine and Spaghetti.

Linguine is a long, stranded pasta made using eggs and durum wheat semolina. In Italian, it translates to “little tongues” due to its oval shape, which suggests the shape of a tongue.

Believed to have originated from the coastal region of northwestern Italy, Linguine is traditionally served with seafood like clams. Other popular preparations include Linguine Alla Genovese, Linguine Alla Pescatore and Linguine Al Limone.

Spaghetti is a quintessential, long, thin piece of pasta that can be wonderfully mixed with various sauces. In Italian, the term “Spago” translates to “string” due to its string-like shape and is made from durum wheat semolina.

Like Linguine, Spaghetti too is an extruded pasta and requires a specially designed die to make. Although best known for being paired with meatballs and tomato sauce, it can complement chunky or light sauces.

Spaghetti was initially served with only cheese and olive oil. However, during the early 18th century, people started serving it with tomato sauce. Today it is served with vegetables, seafood, meat sauce, etc.

The Difference Between Linguine and Spaghetti

The primary difference between Linguine and Spaghetti is their shape. Spaghetti noodles are round, string-like textures, whereas Linguine has a flat, tongue-like structure. Since Linguine is a flattened pasta, it has a considerable thickness of 4-6mm, while Spaghetti is only 2.5 mm thick.

Since Linguine and Spaghetti are very similar in shape and thickness, you won’t be able to find any significant difference in their recipe. However, Linguine has a thick and meatier texture and holds the sauce better than Spaghetti. Therefore, the pasta to sauce ratio with every forkful is higher in Linguine than in Spaghetti.

Linguine and Spaghetti are two types of stranded pasta that go perfectly with various sauces and ingredients. However, there are a few dissimilarities between the two.

The significant difference is their shape. Linguine has a flat structure, whereas Spaghetti has a long string-like texture. However, both kinds of pasta are made with Semolina flour which is highly digestive and nutritious.