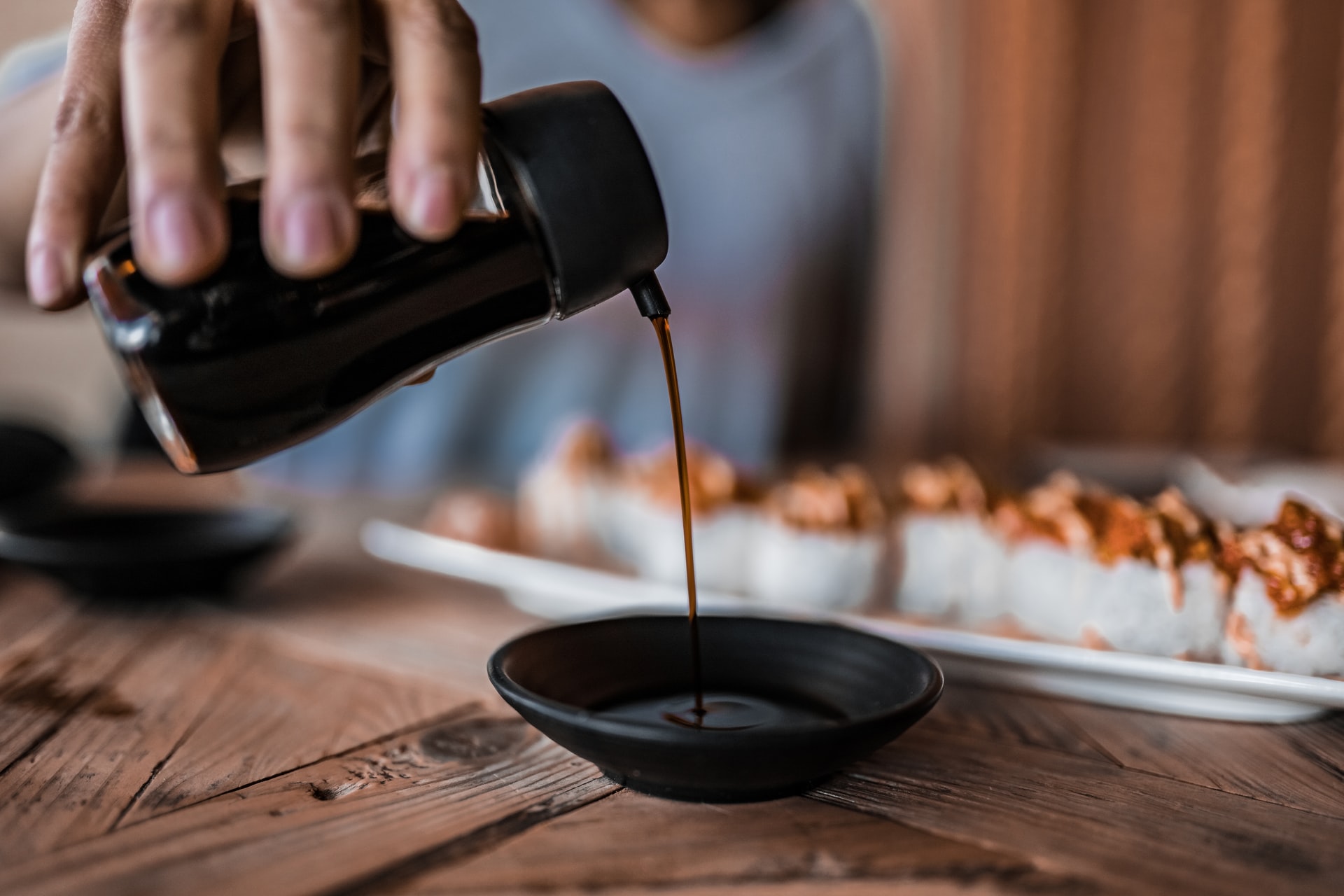 For the home cook looking to get into Asian cuisine, the world of soy sauce can be a confusing area that leaves you with more questions than answers. One of those must be wondering about soy sauce vs. dark soy sauce.

Both soy sauce and dark soy sauce are sauces made from fermented soybeans, wheat, salt, and fungus molds. These ingredients in the right quantities give them the famous umami taste that has made them popular in Chinese, Japanese, Korean, Thai, and Indonesian cuisine.

Soy sauce is often referred to as Light Soy Sauce as it contains less sodium than its dark soy sauce counterpart. It is usually served as a dipping sauce as well as in cooking.

Dark soy sauce is a thicker sauce with more viscosity than regular soy sauce. It has a more robust, sweeter taste. It isn’t used as a dipping sauce as much as it is used for marinades and glazes. Dark Soy Sauce is also used for direct cooking applications.

Neither are gluten-free so beware if you are avoiding gluten products.

Both fermentation processes are similar, except dark soy sauce is allowed to ferment for longer, which is one of the main differences.

The main differences come from fermentation and additional ingredients in dark soy sauce when it comes to taste differences.

Regular soy sauce is much less dense and is thin and watery. Dark Soy Sauce is thicker because of the added ingredients like molasses and its longer fermentation process.

When To Use Dark Soy Sauce?

Dark Soy Sauce goes well with stir-fries and various noodle dishes like Lo Mein. It adds a beautiful mahogany color to noodles and rice, and the additional sweetness makes for delicious sticky marinades for chicken or pork.

When To Use Soy Sauce?

Regular or Light Soy Sauce goes well with dishes like Chow Mein, Shoyu Ramen, Cashew Chicken, and other recipes that need a little additional Umami flavor or a light broth or sauce. It also works well as a dipping sauce for Gyoza, Potstickers or Dumplings, and similar.