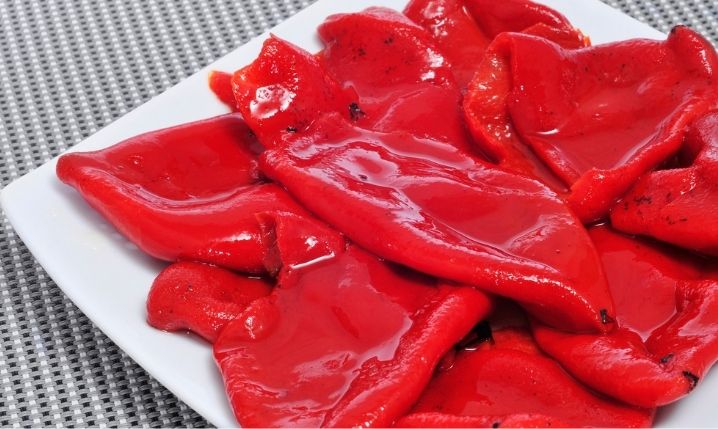 Piquillo Peppers are a variety of chili pepper known for their sweetness and mildness. Originating in Spain, this pepper with little to no heat is popularly used for stuffed pepper recipes. If you require a piquillo pepper substitute, then read on to find out all the options.

What Are Piquillo Peppers?

The piquillo pepper is a type of pepper from the chili family of peppers, known for its mild heat and distinct smoky sweetness. They only have a SHU rating of 500-1,000 Scoville heat units.

Initially grown in Spain, these peppers are used for stuffed piquillo peppers, often filled with meat, cheese, or seafood. However, they are versatile, and you can use them like regular bell peppers for many recipes like sausage and peppers.

The peppers themselves are red with long tails and narrow bodies. They are small. Therefore, they are often sold in jars or in large quantities for other cooking purposes.

You have two options with bell peppers, and either will work as an excellent substitute for piquillo peppers.

Most roasted peppers you buy at the store come in glass jars filled with oil and other spices. You might find them advertised as red peppers or something similar.

They aren’t as sweet, but they are equally mild, offering almost no heat. Notably, the texture is similar and will work well for tapas, salads, etc.

Regular bell peppers also make a perfect option for stuffing everything from meat to rice. With how widely available they are, they’re the best option you’ll find in a hurry.

The Fresno Pepper is a small pepper that can be ideal for stuffing with cheese and some seafood.

You can use them as a hotter alternative to piquillo peppers, but they are by no means too hot compared to most chili peppers, as they range between 2,500 to 10,000 SHU on the Scoville scale.

Another excellent option is the cubanelle pepper, another mild pepper of a similar size and texture. They are usually green, looking somewhat like pickles.

They have a notable sweetness, and you will often see them used in the Caribbean for sofrito, salads, fried as appetizers, and more.

With a SHU score of 100-1,000, they are not too hot at all, which means that they’ll not adversely affect the dish’s flavor profile if you’re looking to create some stuffed peppers for tapas.

Banana Peppers are a little less known and would be the perfect substitution if it weren’t for the fact they aren’t always widely available.

They are medium-small-sized chili peppers with a mild heat level as they range between 100 and 1,000 Scoville heat units. They come in many colors, but you will predominantly find them to be yellow, hence their name.

The yellow banana peppers are usually younger and less ripe, but the older, more ripe peppers that can range in color from green to orange to red are typically sweeter.

They are widely used for stuffing, pickling, and raw preparations like salads. They make an almost perfect piquillo pepper replacement with their sweet, tangy taste, provided you can find them in the store.

One of the alternatives above will allow you to replace either the piquillo pepper’s flavor, mildness, or purpose. No matter why you need a piquillo pepper substitute, you can use one of these options in various situations.