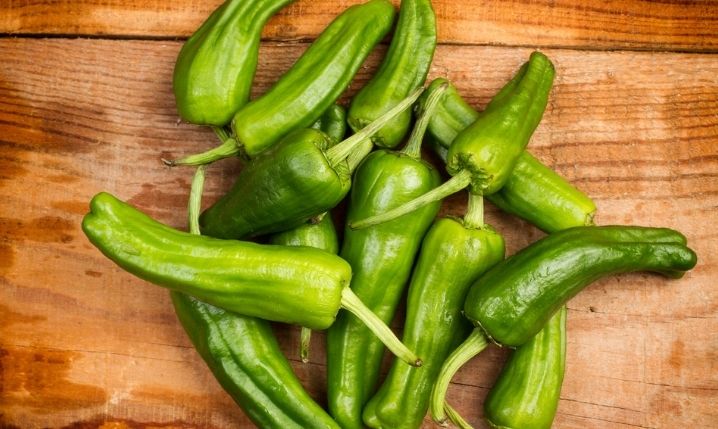 If you are trying to make Puerto Rican, Cuban, or other Caribbean food at home, chances are that the recipe calls for cubanelle peppers. Cubanelle peppers are small, sweet peppers. You can recognize them in the supermarket by their green color and slight curvature at the tip.

Cubanelle peppers get their name from the island of Cuba but are popular in other Spanish-speaking Caribbean regions and even in Italy. They are highly versatile. The sweet and spicy pepper is often found in traditional Puerto Rican sofritos, lightly fried as an appetizer or side, in sandwiches, and even on pizzas.

Cubanelle peppers are delicious, but sometimes hard to find outside of specialty shops. Here are a few substitutes for when you can’t find these little vegetables.

Bell peppers are the most common type of pepper that you can find in the average supermarket. These peppers get their name from their bell-like shape. You can find them in green, yellow, red, and even orange varieties. Most bell peppers, despite their color, have a similar mild, sweet taste.

The Anaheim pepper, sometimes called the Anaheim chile, is a popular ingredient in Southwestern US cuisine. Although it is named after the Californian city of Anaheim, the pepper originates from New Mexico. Anaheim peppers are usually sold when they are still green. They look very similar to cubanelle peppers—they are also long, thin, and have a slight curvature.

Poblano peppers are a staple of Mexican cuisine, just like the cubanelle pepper is a staple of Caribbean cuisine. Poblanos are large green peppers that are mildly spicy. They have a thick, green skin.

Banana peppers are medium-sized peppers that get their name from their elongated shape and bright yellow color, although they can also be red or green. They are popular in Italy, just like cubanelles. Banana peppers can be fresh or pickled, but the fresh kind are the best cubanelle pepper substitute.

Banana peppers work as a substitute for cubanelle peppers because they have a similar mild, sweet flavor with just a hint of spice.

Italian sweet peppers are a staple of Italian cuisine. These long, thin peppers come in several colors, although the most common is red. They can be stuffed, fried, or roasted, and are just as versatile as cubanelle peppers.

Italian sweet peppers lack the heat of cubanelle peppers, which will take away some of the flavors of your dish.

If you don’t have cubanelle peppers on hand, you can still make your favorite recipes with these substitutions.