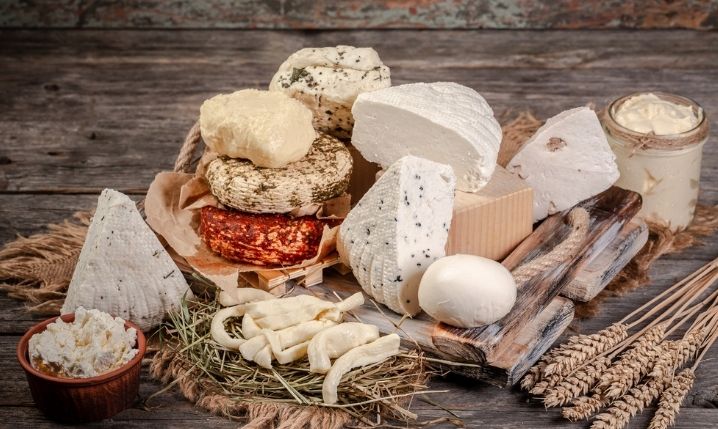 Pepper Jack Cheese is a common variety of cheese known for its spicy flavor. It is a derivative of Monterey Jack cheese that has been flavored with chili peppers and other spices. It is usually used in spicy dishes, as the pepper adds an extra dimension of flavor to the dish.

Pepper jack cheese originated in America, California, and was invented by Mexican Franciscan friars in Monterey. This bold, spicy, semi-soft cheese is flavored with sweet peppers for an extra kick. And is combined with rosemary, chilies, habanero garlic & jalapeño to get you an extra buttery and delicate, hot flavor.

Perhaps you’re searching for substitutes for pepper jack cheese because your recipe requires it. But, unfortunately, you don’t have any or can’t find it. Don’t worry. We have the perfect pepper cheese substitutes right here for you.

In this article, we’ll explore ideal substitutes for pepper jack cheese that are sure to tantalize your taste buds.

Top Pick: Colby Jack Cheese is an ideal substitute for pepper jack cheese as they are both derived from Monterey Jack. It is milder, but it has a similar overall taste, minus the chilies and spice.

Colby Jack, also known as Colby Cheese, as it comes from a Monterey Jack Cheese family. It is a semi-hard cheese that originated in the U.S and is made from pasteurized cow’s milk.

Colby Jack is a milder cheddar cheese variety and has a creamy texture. It’s yellow in color and has a slightly sweet flavor but is mild to the tongue. It can be made nearly similar in taste to pepper jack cheese with the addition of chili flakes. This will also enhance its spiciness. But it’s best to use Colby Jack Cheese as a substitute in dishes that involve BBQing, grilling, sautéing, etc.

Parmesan is the second substitute on the list, and there is a reason for it. Though there are several varieties of parmesan worldwide, you should opt for the best available in your region. But make sure it’s immature parmesan. Aged parmesan does not make a good substitute for Parmesan Cheese as it has a granular texture.

This cheese is dry and firm with a nutty and mild-flavored taste. Immature parmesan is a perfect substitute for mature Pepper Jack Cheese, as the crumbling nature of both is similar.

Gouda is an ideal substitute for Pepper Jack Cheese. But, again, it’s best to use immature gouda. This is one of the most common varieties of cheese and is consumed worldwide. Gouda Cheese originated from a small town in South Holland, Netherlands, called ‘Gouda,’ after which it is named. This renowned cheese is yellow in color. And it’s prepared using a traditional Dutch method from cow’s milk (pasteurized and unpasteurized).

We recommend using immature Gouda cheese because it offers a tangy and buttery taste. However, this tanginess increases with age, and the cheese becomes difficult to melt, unlike Pepper Jack. Gouda Cheese is considered a slightly stronger cheese than Pepper Jack.

Havarti is also one of the cheeses made using cow’s milk. And it’s another good option for an alternative to Pepper Jack. This cheese is the most well-known cheese in Denmark and is somewhat similar to the Pepper Jack Cheese. Havarti Cheese comprises tiny holes called “eyes”, apparent throughout the cheese.

This substitute is semi-soft, mild, and creamy with a spike of hazelnut flavor. Its color varies from cream to yellow, depending upon the age and variety of Havarti Cheese. If you want a substitute for Pepper Jack Cheese to use in grilled dishes, this is one for you. Due to its semi-softness, it can be sliced and melted easily. And it should be readily available in most grocery stores.

Edam is one of the most flavorful substitutes on this list. In fact, it’s a perfect option for various recipes. Edam cheese originated from a town in northern Holland called Edam. This Dutch cheese has a distinctive look as it comes in flat-ended spheres with red paraffin wax coating all over it. And the cheese inside is a pale-yellow color.

Edam cheese is a low-fat cow’s milk cheese, and that’s why it is semi-soft. Where the flavor is concerned, it is nutty, mild, and salty. The texture of this cheese is firm, so it can be added to any recipe such as pasta, salads, pizzas, etc. But it can also be enjoyed on its own.

Mozzarella is the quickest and most easily available substitute for Pepper Jack Cheese. It has the right texture and flavors needed to make it the ideal replacement. The difference between the two is their origin, as Mozzarella Cheese originally comes from Italy.

This creamy and mild but slightly salty flavored cheese can make any dish flavorful. But mozzarella releases water. So, bear that in mind when adding it to your dishes. Mozzarella Cheese is best used in sandwiches, pasta, and pizzas.

Cheddar is also made with cow’s milk and is always available in the stores. However, two types of cheddar cheese are readily available. They are yellow and white cheddar. The name cheddar comes from its place of origin, which is the village of Cheddar in South West England.

Cheddar is the last substitute on our list because, while it makes a decent replacement, it has a much sharper taste. Therefore, you should only opt for Cheddar Cheese as a last resort.

Both the yellow and white varieties of cheddar are similar in taste and texture, depending on the age. But they are most often a bit stronger than other cheeses with a creamy and greasy texture. Cheddar is widely used in various dishes and is a popular feature in baking recipes.

In this article we’ve explored the some pepper jack cheese substitute options that you can use in any dish or situation. There are many excellent alternatives, and at least one of these cheeses will suit your needs.