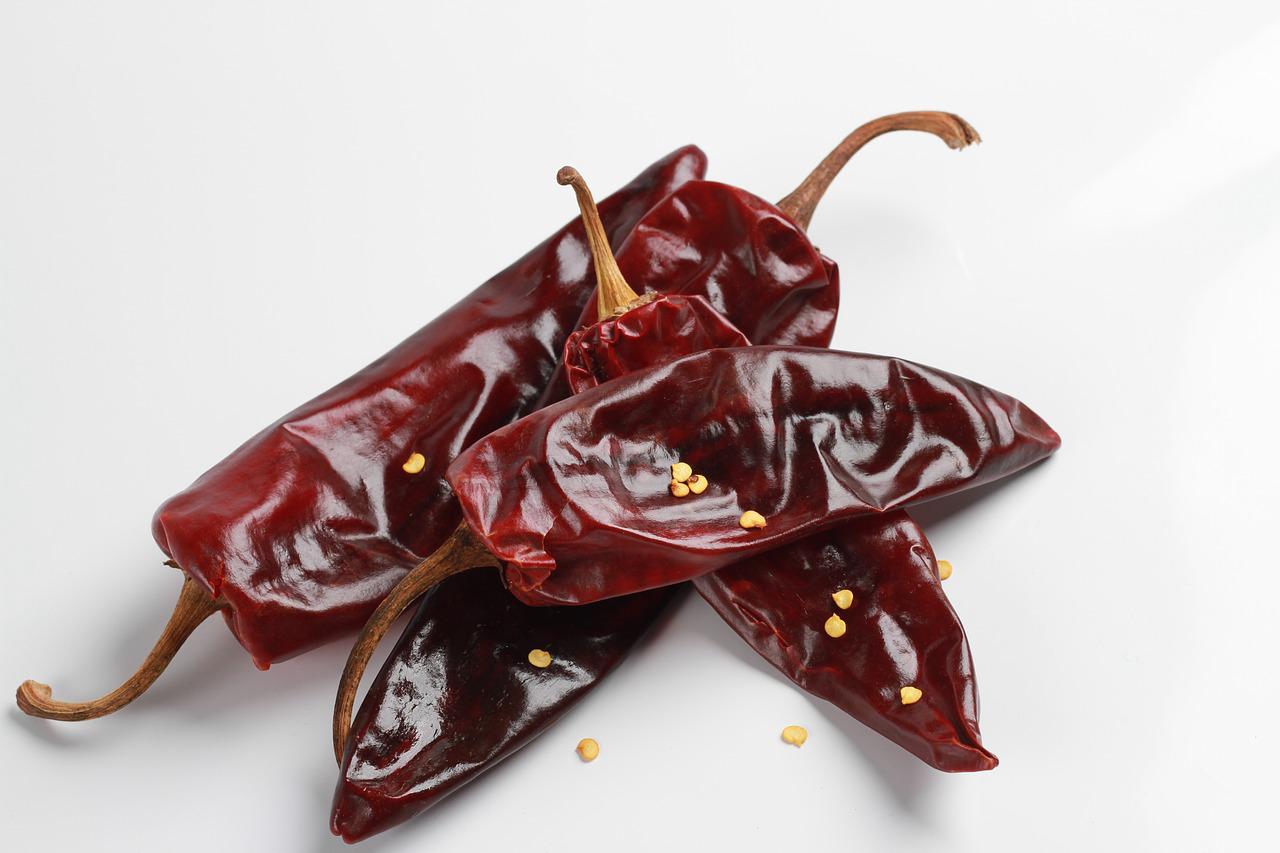 Guajillo, pronounced “gwa-HEE-yo”, is a Mexican pepper that grows between 2 and 4 inches long. It has a smooth reddish skin and is typically available dried and whole. But it is also sometimes sold in powdered or paste form. Although it should be noted that the paste contains additives and colorants.

The Guajillo pepper is common in Mexican cuisine. In fact, it is one of the three most popular chili peppers in Mexico. Guajillo peppers have an iconic sweet flavor and are pretty mild in heat. They’re usually used as a base ingredient for sauces and salsas. And the seeds of the pepper are used to make tamale salsa.

But what happens when they are not available at your local store, or you’d like to try another type of pepper? We have listed a few Guajillo pepper substitutes that can be used instead.

There’s no doubt that Ancho peppers should make this list. They are part of the group of Mexican chilies that are called the Holy Trinity. The Ancho pepper has the earthiness of the Guajillo, but it is nowhere as hot as the Guajillo pepper. In fact, they only have a heat measure of up to 1500 Scoville heat units.

Another member of the Holy Trinity group, the Pasilla pepper, is also a Mexican chili that is sometimes mild in heat. But some Pasilla peppers could reach that of the Guajillo pepper at their hottest.

Aside from potentially being close in hotness, Pasilla peppers are the closest to Guajillo pepper in flavor. It is slightly sweet and has a touch of cocoa in taste. It is not an exact match for earthiness, but it comes really close.

The Mulato pepper has a sweet fruity, and smokey flavor that compliments the Guajilloes. They are pretty spicy but might not reach the Guajillo’s heat level.

The Mulato pepper can often be found in fresh, dry, or powdered form. And they’re usually used to make sauces, salsas, soups, and other varieties of cuisine.

The Chipotle pepper is basically smoked and dried Jalapeño pepper. They are quite hot and are considered to be at a similar heat level to the Guajillo pepper. These little peppers can pack a punch up to 8000 Scoville heat units.

Chipotle peppers are usually available in flakes, powders, pods, cans, and other forms. They are commonly found in supermarkets, especially at Mexican specialty food stores. These peppers are best used in soups, marinades, sauces, and salsas, as they have an exceptional flavor.

They have a nutty, smoky flavor that gives a superb edge to your dishes. While they’re not as sweet as the Guajillo peppers, their earthy flavor is comparable. These peppers are superb for sauces, soups, stews, and salsas.

These are long, shiny red-brown skinned chilis. They are not very hot compared to the Guajillo pepper but deliver enough heat to a great substitute. And they measure up to about 1400 Scoville heat units.

The dried New Mexico peppers have a sweet, earthy flavor with an acidic taste. They also have a bit of a cherry-like flavor to them. These peppers are superb for sauces, soups, chutneys, stews, grill rubs, and seasonings.

Puya peppers are pretty small and far hotter than the Guajillo pepper. They have a slightly fruity flavor, with a hint of cherry and licorice to the taste. In terms of heat, they score in the region of 8000 Scoville heat units.

They also deliver an earthy flavor but not exactly the same as the Guajillo pepper. Puya peppers are best used as part of a baked, grilled, or fried vegetable dish or in salsas, stews, and enchiladas.

This is basically the ripe and dry version of an Anaheim pepper. These are mild peppers rated at about 2500 in Scoville heat units.

They are slightly sweet but have a sharp taste, with a hint of acidity. The California pepper is superb for stews and sauces.

Our list of the top 8 Guajillo pepper will undoubtedly come in handy if you’re in a bind. Your recipe is guaranteed to be a hit no matter which substitutes you select.