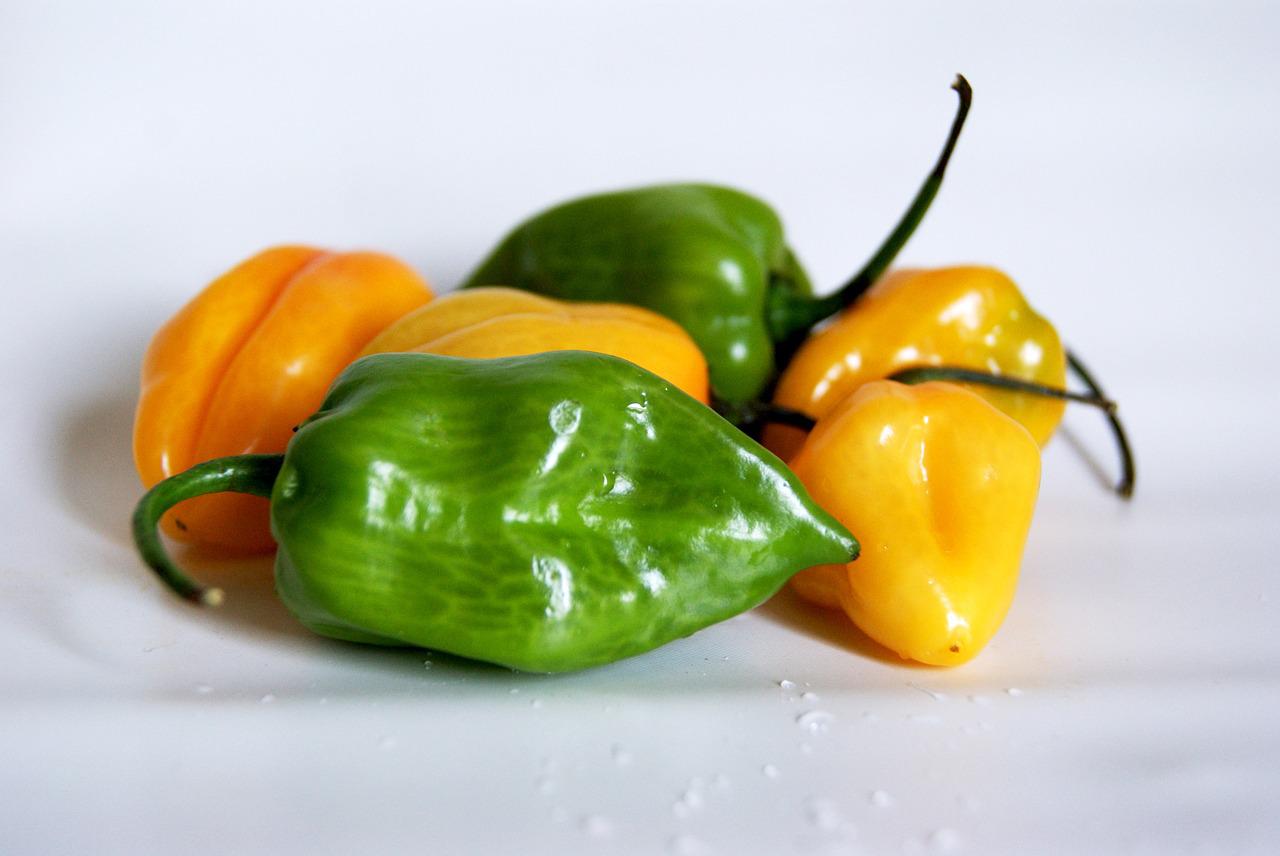 Habanero Peppers are a hot chili pepper variety used as a spice for sauces, curries, and similar dishes. However, sometimes you might need a quick and suitable substitute for habanero pepper. In this article, we’re exploring those in-depth.

This distinctive-looking and scorching hot pepper is popular all over North America and can often be readily available in the store.

If you need a suitable habanero pepper substitute, read on to find out the best options.

What Are Habanero Peppers?

Habanero Peppers are most heavily produced in Mexico. You can use them in sauces such as hot sauce, curries, and more.

They have a distinctive shape and appearance, ranging from around 3/4 inch in size to 2.5 inches in size when ripe. They are often found in the store and are usually orange or red in appearance. However, habaneros can come in other colors, such as brown, green, yellow, and purple.

Habanero peppers are extremely hot chilis at 100,000-350,000 Scoville heat units (SHU), which means they are used in recipes rather than eaten whole as you would with other milder chili peppers.

While these peppers are noted for their heat, they also have a mild and distinct sweetness that gives them their famous taste.

The best option when it comes to substitutions for habaneros is always the scotch bonnet chili pepper.

These two peppers are so similar that they sometimes get mistaken for one another. They both have the same SHU rating on the Scoville heat scale (100,000-350,000), similar appearances, and a near-identical flavor.

The main difference in taste is that Scotch Bonnets have more fruitiness and are, therefore, sweeter. However, it’s not a huge difference at all.

You can use a scotch bonnet at a 1:1 ratio in all the same recipes as you would use a habanero.

However, it is often a problematic substitute because the scotch bonnet isn’t as widely available as the habanero chili pepper. When you can’t find this option or if you want something with a little less heat, it’s better to look at some of the other options.

Jalapeños are an excellent alternative to habaneros for those looking for less heat because they still have a similar fruitiness.

The actual flavor and taste of jalapeños vary depending on how ripe the pepper is, with the less ripe, green jalapeño having a brighter, grassy bite rather than a fruity one. When more mature, they take on a red color and have more sweetness.

You can use jalapeños instead of habanero peppers for salad, sauces, and similar recipes where the heat isn’t the most crucial factor. That’s because the jalapeño pepper only has a Scoville rating of 2,500-10,000 SHU, much less than the habanero.

This option is excellent for sauces, curries, chili, and similar. Most powders permeate an entire dish, so while you won’t get the texture you would from a whole pepper, achieving the right heat level is easy.

When using habanero powder instead of a whole habanero, you should use 1/4 teaspoon per whole chili, as any chili powder is always more concentrated.

You can equally substitute a habanero pepper for habanero powder by following the opposite approach to the quantities.

If you’re looking for a habanero pepper substitute for meat such as steak, pork, or wings, then you might find the powder is an excellent option for using as a dry rub or for marinades.

The Serrano Pepper is similar to the jalapeño in appearance and flavor. However, it’s a little hotter with a SHU rating of 10,000-25,000.

Serrano peppers would be a more obvious choice as a habanero alternative if it weren’t because they’re not as widely available as some options we’ve already looked at in this list.

You can use them for hot sauces, curries, and other similar dishes.

Chipotle Peppers are dried, and smoked jalapeños, which we’ve already seen make a great habanero substitute in the right situation.

That said, chipotle peppers have a unique taste and distinct aroma, making them better for specific recipes.

You can choose the chipotle pepper for recipes where you use habanero peppers for meat. That’s because chipotle adds more smokiness than sweetness and only a little heat.

Hard to find but always worth the effort, the rocotillo pepper is a mild chili pepper that can add the same distinctive fruitiness to your dish as a habanero.

The main problem with this option, besides being difficult to find outside specialty stores is that they are so mild that you need to combine them with something else to elevate the heat and inherent spiciness of a dish to work as a substitution for habaneros.

One option is to add 1/4 to 1/2 teaspoon of cayenne pepper powder for every rocotillo pepper you use. This little tweak adds the missing heat you’d want from a habanero pepper replacement without disrupting the sweetness of the rocotillo. However, adding cayenne pepper won’t make this option as hot as a habanero! Rocotillos might not be the best habanero replacement, but if you have them, you should consider them for the exquisite flavor and inherent wow-factor.

You might need or want a substitute for habanero pepper for many reasons. Fortunately, there are many other suitable peppers that you can use for various needs and situations. So, give one of the above options a try to find out how easily substituted habaneros are.