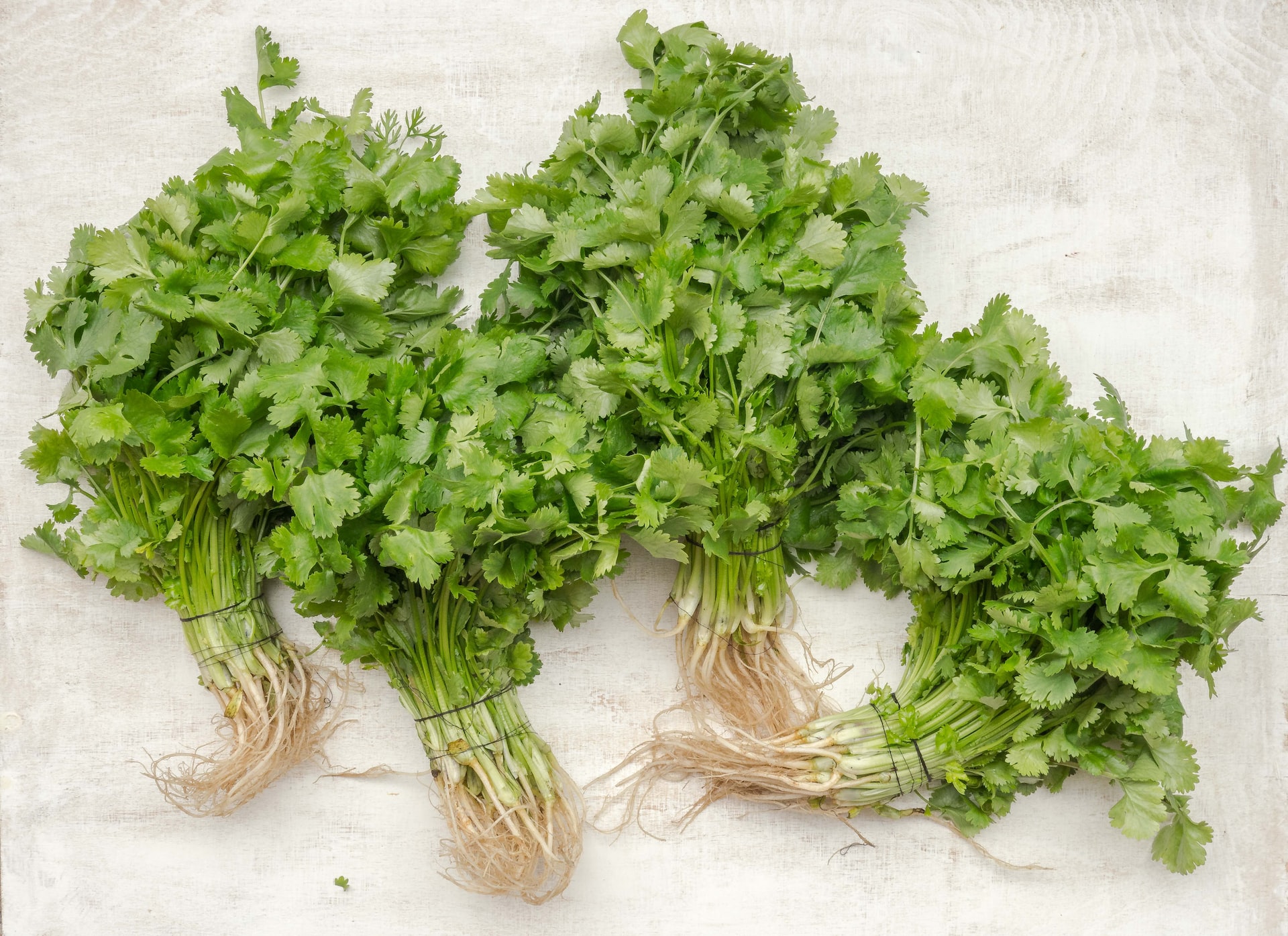 Cilantro imparts a lemony-like flavor adding a splash of color to your dish. But despite being an essential seasoning in various cuisines, many people don’t enjoy the taste of cilantro. Fortunately, for those seeking a cilantro substitute, there are plenty of alternatives to choose from.

Popularized in the Middle East, Cilantro is a crucial ingredient in many Mexican and South Asian cuisines. It adds a spicy, toasty, and citrus flavor to any dish.

While cilantro has a distinct flavor, it can be considered an acquired taste. So it helps to have a few cilantro alternatives on hand for those who aren’t keen on it.

Cilantro is an Apiaceae family herb that grows all year. It has a rich peppery taste with a fresh citrus touch that gives any dish a delightful finish. But some people claim that it tastes soapy.

It is typically used fresh because it does not dry properly. And you’ll find cilantro utilized in traditional Indian, Chinese, and Mexican cuisines. It especially shines in guacamole, stir-fries, and Egyptian ful medames.

As a bonus, cilantro has a ton of health benefits. It’s rich in antioxidants, and it has anti-inflammatory benefits.

If you run out of cilantro, there’s no need to panic. Several cilantro alternatives are available for you to try. You can experiment with these substitutes, even in dishes with cilantro as the primary flavorant. Let’s take a look at some of the best cilantro replacements available.

Cumin is a common spice produced from the dried, crushed seeds of the Cuminum cyminum plant. Though it has a slightly nutty flavor, it resembles the spicy and aromatic notes of cilantro.

It works well in dishes such as chilies and soups. And you can add it to your guacamole or marinade to give it delicious notes of nutty flavor.

To intensify your dish, you can replace cilantro with cumin in your curry dish. Here, it can be replaced in equal parts.

Garam masala is a combination of spices. Though the exact ingredients vary, it usually consists of turmeric, peppercorns, coriander, cloves, cumin, and more.

Cilantro and coriander are from the same plant. Therefore, because coriander is one of the ingredients of garam masala, this spice mix is an excellent replacement for cilantro. You can sprinkle garam masala into your curries and meat dishes, offering a touch of heat from the black pepper.

That said, garam masala will deliver a slightly different flavor than cilantro regarding the final taste of your dish. Use garam masala as a substitute at a 1:1 ratio. And add more for a more pungent taste.

Like garam masala, curry powder is a blend of spices. Most curry powders include cumin, ginger, turmeric, chili, and other spices.

Curry powder adds a delightful depth of flavor to a dish. It has sweet and savory notes due to the different ingredients. Like cilantro, it delivers a warm, mouthwatering flavor to curries, roasted vegetables, and marinades.

However, some curry powders can be rather intense and result in a slightly different finish than cilantro. Therefore, remember that a little goes a long way. Start by adding ½ teaspoon of curry powder for every one teaspoon of cilantro in any recipe.

Perhaps the best cilantro substitute is caraway. Like cilantro, caraway comes from the Apiaceae plant family. It also contains similar aromatic properties to cilantro with a rich bittersweet flavor.

Caraway is often thought of as having an earthy, mildly sweet flavor that makes it fantastic in desserts and baked goods. You can also use caraway to spice up your marinades and dry rubs, amplifying the flavor.

However, since caraway has sweeter notes than cilantro, it’s best to use ½ teaspoon for every teaspoon of cilantro. You can adjust after that as needed.

Another herb that makes an excellent cilantro substitute is basil. Basil is a fresh herb with sweet, peppery notes and warm undertones.

But bear in mind that there are different types of basil. Thai basil makes the best cilantro substitute because it’s less sweet and adds more spice, similar to cilantro.

It’s ideal for giving curries and stir-fries a little kick. Basil also pairs well with mango salsa and tomato soups. And you can sprinkle basil on your salads to add a subtle hint of earthy spice. Basil makes an excellent replacement for cilantro in equal parts. Just remember it will deliver a sweet, less bitter finish.

Parsley and cilantro are often mistaken for one another. Which makes parsley an excellent replacement for cilantro. It adds the same color and texture to any dish but has a slightly milder aroma.

In addition, parsley leaves are somewhat pointer than that of cilantro. And you won’t get cilantro’s citrusy and spicy notes when using parsley.

This herb complements salad dressings and grilled vegetables incredibly well by adding extra freshness. It’s also delicious as a garnish. So, if you want to substitute cilantro with parsley, you can do so at a 1:1 ratio.

If you fancy a less herby cilantro substitute, try lemon or lime. These are a great way to mimic the citrus notes of cilantro.

Of course, you won’t get the same splash of color cilantro provides. But these will add a similar tangy flavor to salad dressings and marinades.

Finding alternatives for cilantro is useful and provides more options when cilantro isn’t an option. You’ll be surprised at how various herbs can make your cuisine. So, if you’re in a pinch or want to experiment, try a cilantro substitute above for a refreshing touch.