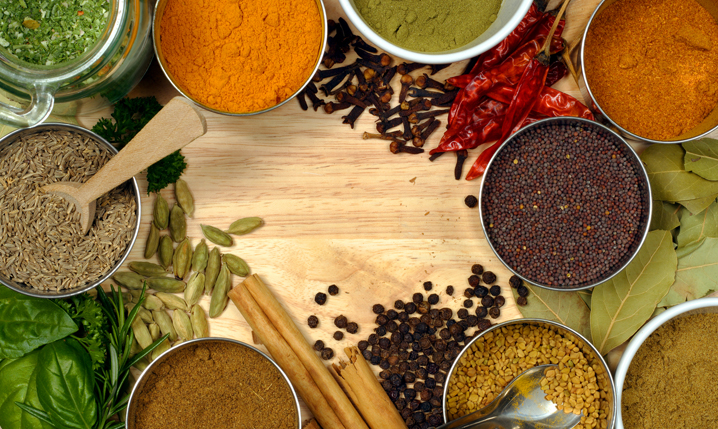 Garam masala is a ground spice blend that forms the backbone of many South Asian dishes. No Indian, Pakistani, or Bangladeshi household is complete without this spice jar.

Garam masala contains multiple spices, and the exact combination varies from region to region. However, peppercorns, fennel, bay leaves, cinnamon, cloves, cardamom, cumin, coriander, and chili powder are the most common ingredients. The fragrant, slightly sweet mix is the backbone of many traditional dishes, including curries, soups, and lentil stews.

Garam masala gives South Asian cuisine distinctive flavors, but it can be difficult to find outside specialty grocery stores.

If you don’t have garam masala, here are a few substitutes that you can use to preserve the flavor of your dish.

Curry powder is another staple of South Asian cooking. Most people don’t know that curry powder is also a spice mix, not an individual spice. Curry powder usually contains garlic, chili powder, turmeric, and coriander. It was invented by the British, who wanted a fast way to replicate the flavors of Indian cuisine.

Although they contain some of the same warming spices, chaat masala is more sour and tangy than garam masala.

If you use it as a garam masala substitute, reduce the quantities so that the sour ingredients don’t overpower your dish.

Allspice is a spice made from ground pimento powder. Although first grown in Jamaica, it is now popular all over the world. Allspice has a warming, nutty flavor similar to cinnamon and cloves, which are two of the most critical ingredients in garam masala.

If you want to replace garam masala but don’t have many spices on hand, a blend of allspice and cumin mimics the most important sweet, fragrant notes of this spice blend. However, your dish will be missing some of the complexity (and spiciness) of garam masala.

Although traditionally, sambar powder is used mainly for sambar stew, you can use it in a variety of lentil dishes and curries, just like garam masala. Since sambar masala often contains lentils, it can clump together so be careful when adding it to your dish. It is also more difficult to source than garam masala, so if you are looking for a more accessible replacement, this is not the best choice.

Pumpkin spice is a sweet spice blend used in North America for pumpkin pies and other desserts. It contains cinnamon, cloves, nutmeg, and ginger, which are the same warming spices found in garam masala.

You can use pumpkin spice as a garam masala replacement if you are careful not to add too much so that the sweet spices overpower your dish. You should also add some pepper and savory spices such as coriander to balance the flavors.

Ras el hanout is a spice blend, like garam masala. However, it comes from North Africa, not India, and contains similar spices, including cardamom, cinnamon, and cloves.

Ras el hanout has similar warming flavors as garam masala. However, it contains more chili pepper and cayenne, so reduce the quantities you use or prepare your dish to turn out spicier than expected.