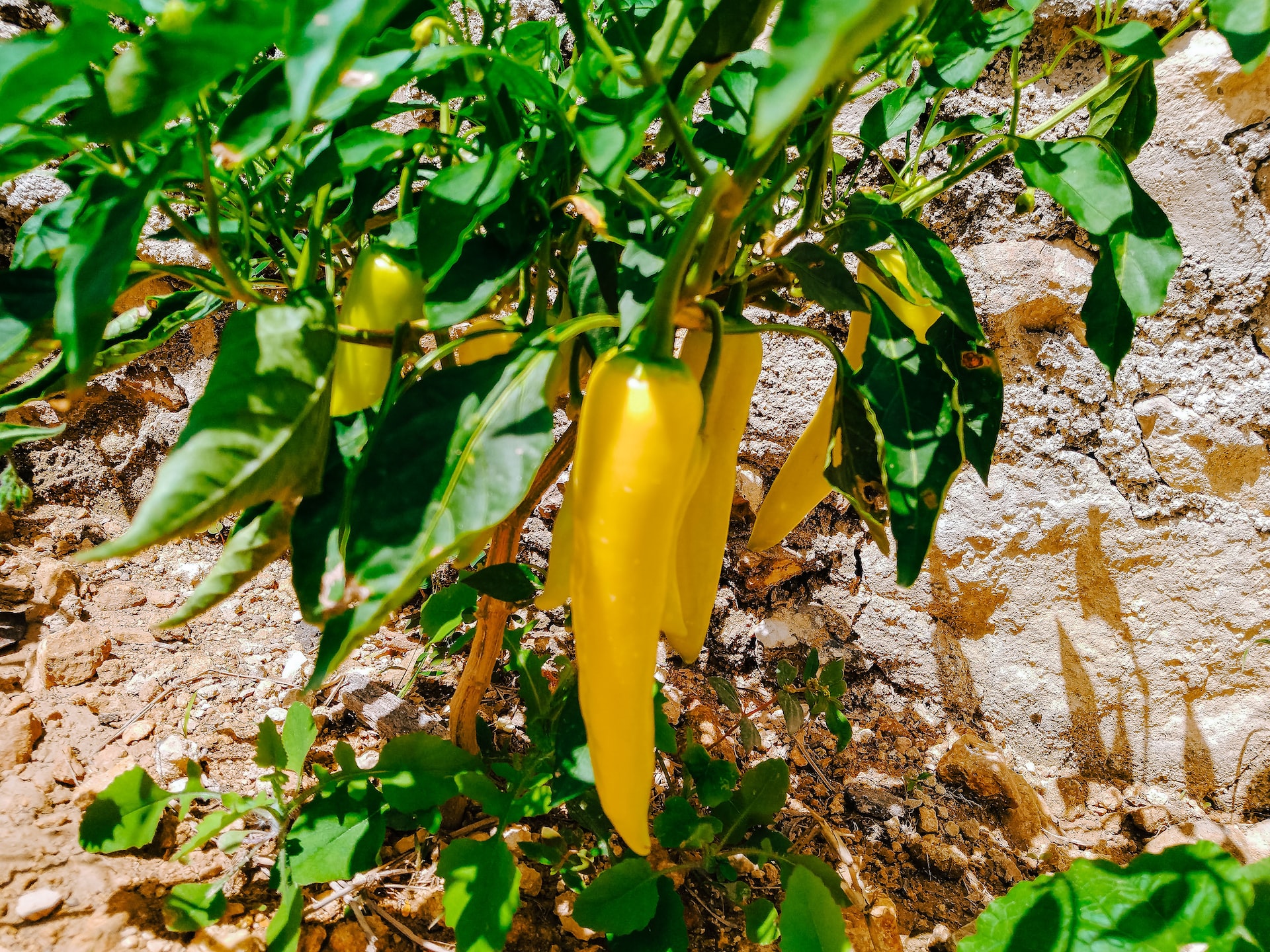 Aji amarillo is a spicy South American chili pepper with vibrant natural orange and yellow skins. This chili pepper is prevalent amongst Peruvians, and finding it elsewhere can be challenging. However, several alternatives are available if you are looking for an aji amarillo substitute.

What As Aji Amarillo?

Aji amarillo peppers are a variety of Capsicum Baccatum grown in Peru. Finding the fruit in other parts of the world can be tricky. Next to garlic and red onion, this hot chili pepper forms an essential ingredient in Peruvian cuisine.

The aji amarillo pepper is available in various forms, such as paste, canned, fresh, or dried. As such, it’s a popular condiment. Although Aji amarillo means “yellow chili”, it can be found in deep orange, orange, or yellow. And each pepper grows to about 4 to 5 inches.

Aji amarillo peppers produce a substantial amount of heat with a Scoville rating between 30,000 to 50,000 SHU. This means it is hotter than many other peppers at the market. Despite this, it delivers a pleasant berry-like, fruity flavor.

Below are some more ideal alternatives for aji amarillo peppers in terms of heat and taste. Different situations may demand different peppers, but the list below should help you with the best replacement.

Although not as hot as the aji amarillo pepper, the Serrano pepper is one of the best substitutes for this famous Peruvian ingredient. Serrano peppers have a SHU of 10,000 to 23,000.

However, the flavors of these two chilies are somewhat distinct. Serrano peppers offer an earthy taste, whereas aji amarillo is sweeter. Although the serrano pepper looks like jalapeno, it is much smaller.

That said, with a high rating between 100,000 and 350,000 SHU, you’ll need to be tolerant of spicy foods. Habaneros also work well in stews, curries, casseroles, and more. And it’s one of the best ingredients for sweet and savory sauces.

The Habanero Pepper comes with several health benefits. It is said to reduce bad cholesterol and improve your blood pressure if you can tolerate the spiciness.

The manzano pepper is also called the apple chili. It comes with a bearable SHU level ranging from 12,000 to 30,000. Despite being spicy to some extent, the pepper has a sweet, fruity taste. This makes it an ideal ingredient for salsa dressings and sauces.

You can also grill or pickle these tasty chili peppers. And manzano pepper sauce is one of the best alternatives for the aji amarillo paste.

Dried aji amarillo Pepper will work perfectly if you can’t find its fresh counterpart. And it’s readily available at most grocery stores.

This dried version of the pepper will be a great option if you need the rich and distinct flavor of the aji amarillo pepper. It’s also highly nutritional, helps control cholesterol, and assists in regulating the fluid in your body.

Scotch bonnet peppers have a fruit flavor with a hint of sweetness. This enables them to blend well with a multitude of dishes. However, they are significantly spicier than aji amarillo peppers. Therefore, it’s best to begin with a small amount, taste, and adjust as you cook.

If you run out of the aji amarillo peppers, there is nothing to worry about. This aji amarillo substitute list provides an optimal guide to finding the best alternative when you need it.