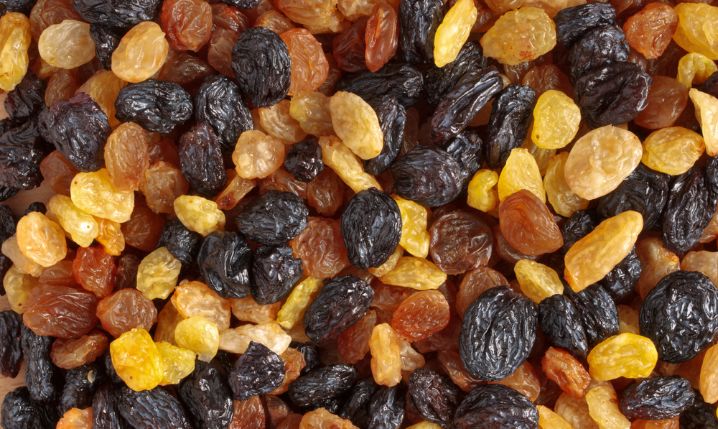 Simple, inexpensive, and absolutely delicious, bread pudding is a staple dessert worldwide. While the recipe for this baked delight differs slightly from country to country, raisins are typically included in the pudding. But if adding raisins isn’t an option, finding a substitute for raisins in bread pudding is a must.

Bread pudding is believed to have been created by the British, although varieties of this pudding exist in different countries. As the name suggests, it’s a baked bread-based pudding including raisins, milk, eggs, and butter. The result is a moist dessert that’s served warm.

But if you need a replacement for raisins in bread pudding, this article aims to provide you with a few options.

About Raisins and Their Use in Bread Pudding

Traditional bread pudding is made with stale bread cut into cubes and mixed with eggs, raisins, cinnamon, sugar, and salt. A combination of milk and butter is heated in a saucepan. It’s then poured over the bread mixture in a casserole dish. The combined ingredients are baked and served warm with custard or whipped cream.

Large seedless grapes are dried over several weeks to produce raisins. This juicy, chewy dried fruit adds a layer of sweetness and texture to the moist bread pudding. Most bread puddings served in the US and UK today will contain raisins.

Substitute for Raisins in Bread Pudding

Perhaps you’re not a fan of raisins, or maybe you don’t have any raisins left in your pantry. Either way, finding an ideal alternative for raisins in bread pudding isn’t as challenging as you might think. In fact, there are several options to suit every palate.

Replacing the raisins in bread pudding with sultanas will likely deliver a dessert closest to the original. This is because sultanas and raisins are similarly produced from the same grapes. The only difference is that the drying process is sped up by coating the grapes with an oil-based solution when making sultanas.

Due to the shortened drying process, sultanas are lighter in color and juicier than raisins. They’re often also a little sweeter. You’re sure to find sultanas next to the raisins at your local store. And you can use them as a substitute in equal quantities.

Currents are available in various colors depending on the type of grape used. But like sultanas and raisins, they’re made by drying seedless grapes. However, the grapes used to produce currants are much smaller.

They may be small, but currants are bursting with flavor. However, currants aren’t as sweet as raisins and can be slightly sharp in taste. That said, you can use currents as a substitute in equal parts or less if you’d prefer a sweeter dessert.

Cranberries are harvested from the Heather family of plants and grown in marshes or bogs. These berries are then coated with an oily solution and dried similarly to raisins. They’re often used as a raisin substitute in various dishes, including bread pudding.

Dried cranberries bring a bright tart but sweet flavor to the dish. But they can be further sweetened by soaking them in a sugar and water solution overnight before use. We recommend substituting raisins with cranberries at a 1:1 ratio.

Dried apricots are an excellent, albeit lesser-known, substitute for raisins in bread pudding. They’re ideal because they best mimic the plump and chewy texture of raisins. However, they will impact the overall flavor of your bread pudding.

The dried apricots found at your local store are likely to include sugar, but they’re still not as sweet as raisins. But the slightly tart taste of chopped dried apricots marries perfectly with bread pudding. In fact, apricot jam is incorporated into bread pudding recipes in certain parts of the world.

Fig may not be the first thing that pops to mind when adapting your bread pudding recipe. But figs are incredibly versatile and can be used in both savory and sweet dishes, just like raisins. You can replace your raisins with figs at a ratio of 1:1 in terms of weight.

The sweetness of dried figs is more intense than that of their fresh counterparts. Compared to the sweetness of raisins, figs are more honey-like. And they are also a bit chewier than raisins. The only downside is that figs contain tiny seeds that add a little crunch to the pudding.

Making a delicious bread pudding without raisins is far from impossible. In fact, it’s easily achievable if you know where to look for a suitable replacement. Any substitute for raisins in bread pudding mentioned above will do a stellar job and impress friends and family alike.