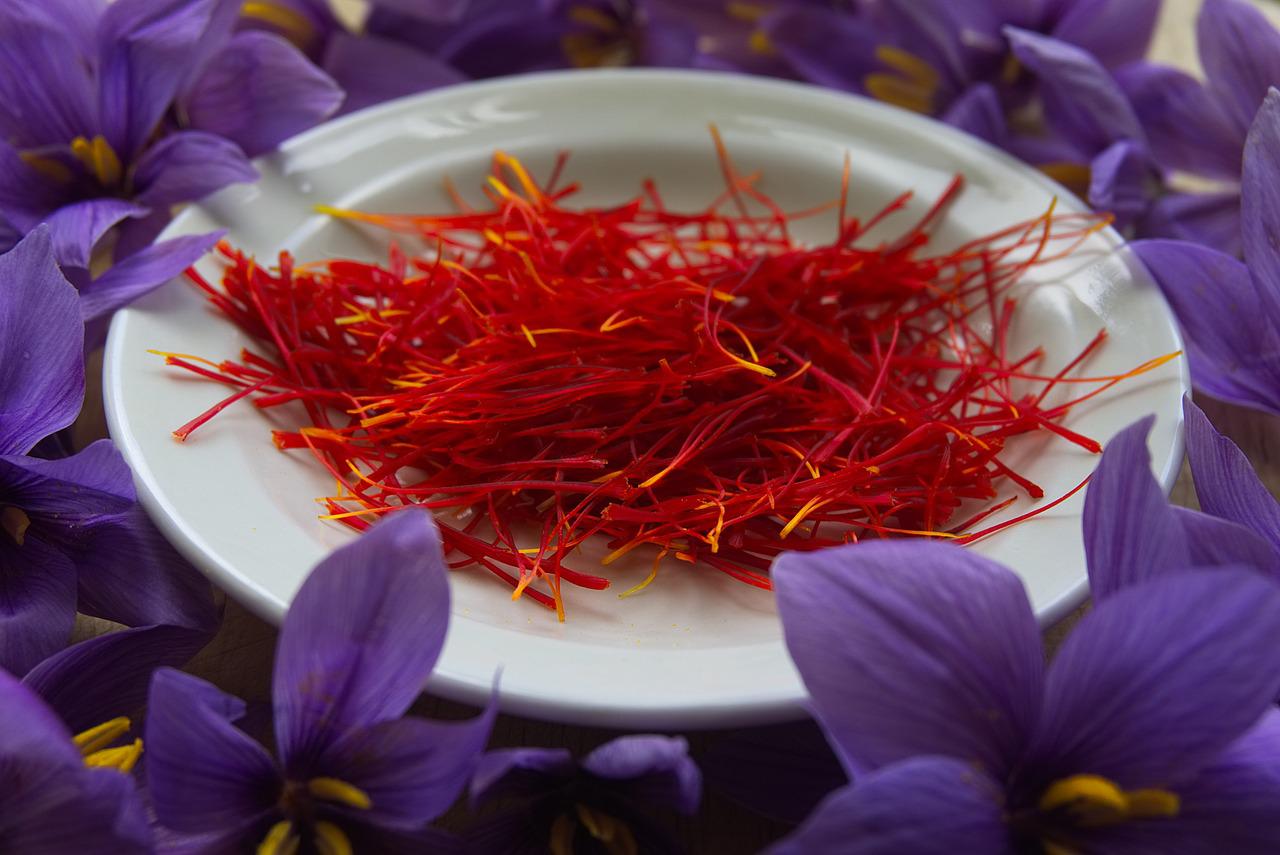 Saffron, believed to have its roots in Iran, is a spice commonly grown in India, Morocco, Iran, and Greece today. It is one of the most popular spices and coloring agents used in cooking. Still, there is a saffron substitute if you’re cooking on a budget or just want something new.

Believe it or not, many years ago, saffron was considered more valuable than gold in certain areas. Needless to say, it’s not the cheapest spice on the market, even though every bit of the flavorful spice is worth it.

In this article, we’ll extensively discuss some of the best alternatives for saffron for you to try.

Saffron is one of the costliest spices for its exquisite scent, flavor, and rich, golden-yellow appearance. It is also common for its health benefits in cooking and medicine. And its culinary roots lie in Asian, Middle Eastern, North African, and European cuisines.

This flavorant is derived from the red stigma of the crocus sativus plant, which is part of the iris family of plants. The plant produces a beautiful purple flower that blooms in early fall.

Spices like this were worth their weight in gold in ancient times. Despite its high cost today, saffron is widely used in cuisines worldwide. It is often used to add color to foods, which makes the final product more appealing.

Saffron has a sweet aroma reminiscent of honey, with hints of flowery and earthy undertones. It has a pleasant sweetness and a faint earthy aftertaste. Overall, saffron imparts a unique flavor unlike any other seasoning you’ve tasted.

You can use this spice in almost everything from soups and curries to confectionary, baked foods, and beverages.

Several other spices can be used to add the earthy sweet taste of saffron to your meals. Below are some of the best alternatives for saffron.

Turmeric has a history that traces far back into time as a powerful plant for multiple purposes in cooking and medicine. This South Asian plant derivative is arguably the most comparable saffron substitute.

To begin with, both ingredients share the same color, an appetizing golden hue that brightens your meal. But it’s essential to consider the taste and desired flavors before using it.

While both have the same yellow hue, the flavor of turmeric is somewhat different. It’s more potent than saffron, for one thing. Hence, use half a teaspoon of turmeric (either powdered or freshly grated) to replace one full teaspoon of saffron. You don’t want to ruin the meal by making it over-spicy with too much turmeric.

Safflower is an herbaceous plant. Although in a different family to the crocus sativus plant, this spice works quite well as a replacement for saffron. The Spanish colonies in Mexico and Central America once used its blossoms for this very purpose.

Dried safflower looks quite similar to saffron. But saffron is more powerful and pronounced than safflower. Therefore, you might use safflower instead of saffron to mimic its color rather than its taste.

Safflowers are used as a coloring agent in various cuisines. Despite their lack of flavor, they work excellently in pasta dishes, paella, biryani, risotto, and many sauces.

When you mention paprika, what comes to mind is heat and peppers. Sweet paprika is made of red peppers, which are dried and then processed into a powder.

Using this substitute is the most cost-effective option because it’s cheap and widely available. Additionally, sweet paprika has a mild sweetness, a spicy flavor, and a pleasant aroma.

However, this spice is deeper in color than saffron since it has more of an orange-red tone. Using half a teaspoon of sweet paprika to replace one teaspoon of saffron will yield a similar color and flavor. Also, you should use the correct type of paprika (sweet paprika) to get the flavor you want.

Curry is a spicy, delicious, sometimes sweet-smelling, and earthy ingredient. However, curry powders are made using different methods and ingredients. But all serve as a good substitute for saffron.

You should expect curry powder to impart more flavor than saffron. Hence, you should use less of it in your cooking than when using saffron. That said, curry powder can be used to enhance the flavor of several dishes, from sauces to stews and even soups. It is typically used in Indian cuisine but is so popular globally that you likely have curry powder in your pantry.

Annatto is another cost-effective option when you can’t afford to buy saffron. The seeds of the achiote tree, native to the humid regions of Southern South America, form the basis of this seasoning.

The taste of annatto is described as being somewhat sweet and spicy. Yet, you should know that it is nearly tasteless when used in low quantities in meals. Hence, it will not overpower your meal when you use it moderately. So, add pinches of it to your food while cooking until your dish tastes perfect.

Simply put, this ingredient works as a perfect substitute when used correctly.

Cumin is a vital flavorant and spice in Middle Eastern cooking. The ground version is one of the most popular types used in cooking worldwide. And it’s known for imparting a slightly yellow color to any dish it’s added to.

While it’s a touch more earthy and bitter than saffron, it adds a unique flavor to dishes. However, the earthy flavor of cumin can be mitigated by the addition of sugar. Using 2/3 of a teaspoon of ground cumin to replace a teaspoon of saffron is perfect.

Saffron might seem like an irreplaceable spice for its distinct qualities in meals. However, moments will undoubtedly come when you can’t get your hands on it. You can turn to any saffron substitute above for the best possible results during these times.