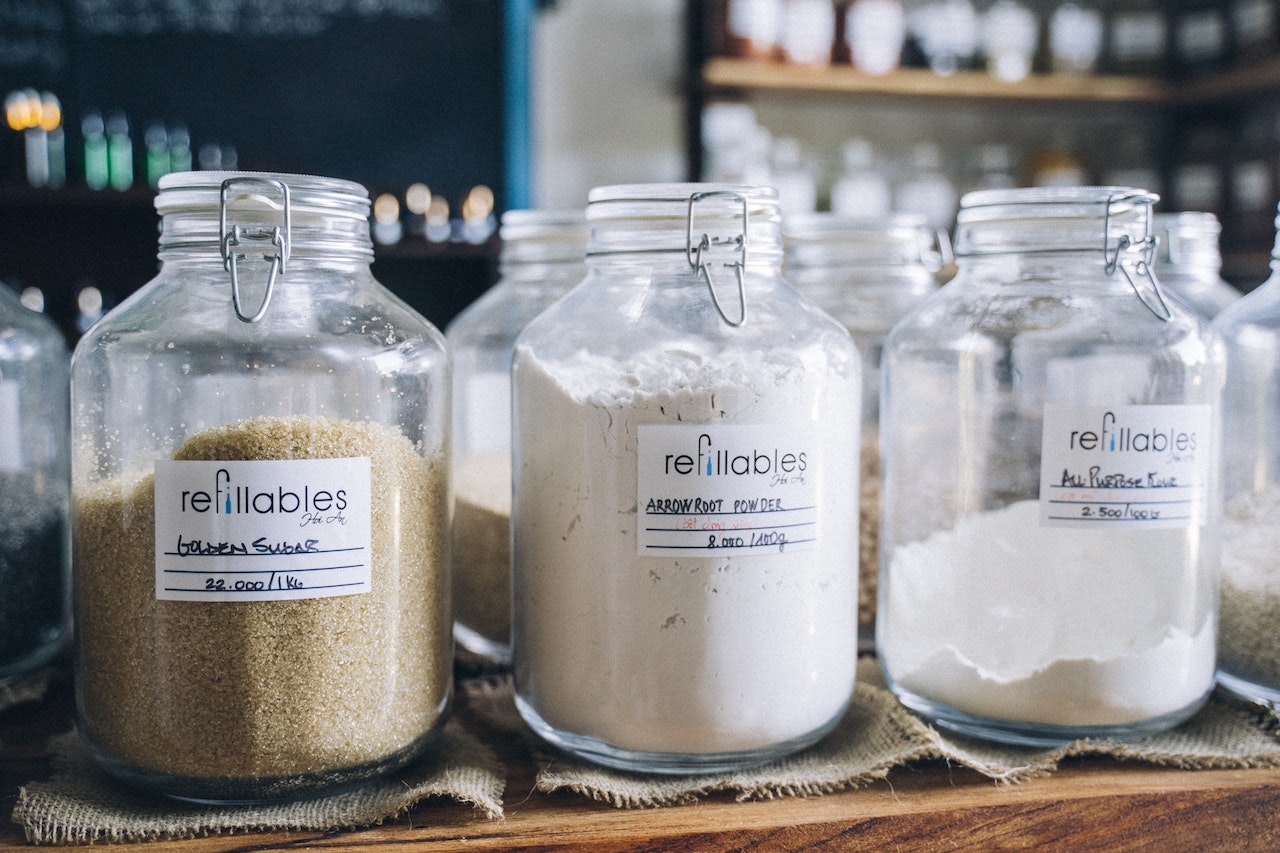 Arrowroot powder, also referred to as arrowroot starch, originates from the roots of the plant of the same name. It is widely used in South American and West Indian cooking. And it’s similar to tubers like kudzu and cassava, making it easy to find an arrowroot powder substitute.

This powder is popular in the US and Europe today as a thickening agent for its health benefits. Health-conscious people around the country love it for being gluten-free, grain-free, and vegan-friendly.

This article will discuss some of the best alternatives to arrowroot powder for a perfectly creamy meal.

What Is Arrowroot Powder?

Arrowroot powder is derived from the tropical tuber plant Maranta Arundinacea, which is grown in Indonesia. It’s grain- and gluten-free and may be used as a recipe thickener.

It’s commonly used to thicken savory dishes like stews and sauces. But you may also find it in sweet dishes like pancakes, pie fillings, and custards.

Arrowroot powder has no particular flavor and makes sauces glossy and translucent without altering the texture. There is a very good chance that you may have come across this popular meal thickener or a substitute thereof.

Arrowroot powder is good, but it doesn’t mean there aren’t alternatives to it. These ingredients can produce just as delicious or even better results. Below are some of the best substitutes for arrowroot powder.

Cornstarch is one of the most preferred powders that could work as a good arrowroot powder substitute. This top-notch powder is made by processing the kernel of the maize plant.

You may wonder if cornstarch has the taste of corn and may affect the taste of your meal. However, cornstarch, like arrowroot powder, is somewhat tasteless, so it won’t overshadow anything you’re cooking with it. In addition, it doesn’t contain any gluten.

It’s, without a doubt, one of the most widely used thickening agents available. When using cornstarch in place of arrowroot powder, it should be at a ratio of 1 tablespoon for every 2 teaspoons of arrowroot.

All-purpose flour, made from wheat and also called wheat flour, is versatile and useful in a wide range of baking applications. Wheat flour is a good substitute for arrowroot powder since it is also a thickener.

However, bear in mind that it contains gluten. Avoid it if you need a gluten-free alternative for arrowroot powder, and try other options on this list instead.

The combination of wheat flour and butter makes an excellent thickener. You’ll need to substitute 1 tablespoon of arrowroot powder with 2 tablespoons of flour.

Tapioca starch is a common thickener derived from the cassava plant. As you will expect, it is high in complex carbs.

Since tapioca starch has a texture comparable to wheat flour, it is frequently used in baked goods. But even more importantly, tapioca makes an excellent substitute for arrowroot powder.

Tapioca, like arrowroot, maintains its form and stability even when chilled. This thickener is perfect if you want to save that great soup or sauce for later. Use 1 tablespoon of tapioca starch in place of 1 teaspoon of arrowroot.

Xanthan gum is perfect for folks with food sensitivities since it acts as a natural thickener. It also works exceptionally well in dairy-free baking and cooking. Its function as a thickener is not limited to the food processing industry. It is also useful in the kitchen.

This gum will do just as good a job as arrowroot powder, making it a perfect substitute. It tastes natural and may even produce a better result in your soups than arrowroot powder. Preparing xanthan gum in a blender with about 1/8 tablespoon per cup of water works best.

Sweet rice flour is a thickener created from finely milled rice. It is another ingredient commonly used in Asian cooking that does not contain gluten. The thickening prevents the liquid from separating, making it ideal for dishes that will be chilled or frozen.

Cream of tartar can replace arrowroot powder in recipes for thickening liquids like custard and pudding. However, it doesn’t work as well as starch.

If the recipe calls for one teaspoon of arrowroot powder, add half that amount (half a teaspoon) of cream of tartar. Though not your best option, it will do just as fine in many ways, from a neutral taste to a natural appearance.

This incredible thickener, also known as Japanese arrowroot, can elevate even the most basic of meals to the next level. It’s fantastic for looks alone, as sauces made with kudzu have a brilliant sheen and velvety smoothness.

Kudzu has no particular flavor, so it won’t mask the other flavors in your meal. Also, unlike some other thickeners, it won’t make your food taste starchy. And it’s an excellent addition to puddings, pie fillings, and other sweets since it reduces the acidity of these meals.

It’s not cheap, but it’s definitely value for money. However, finding kudzu can be challenging, despite being an outstanding thickening agent due to its versatility, health advantages, and nutritional value. You can substitute arrowroot powder with kudzu in equal quantities.

You may not want to use arrowroot powder for many reasons, or you may simply have run out of it. It can be disheartening to suddenly realize you don’t have a thickener on your shelf to add to your soup or stew. Irrespective, you’ll find an arrowroot powder substitute above that will make your meal just as good, if not better.