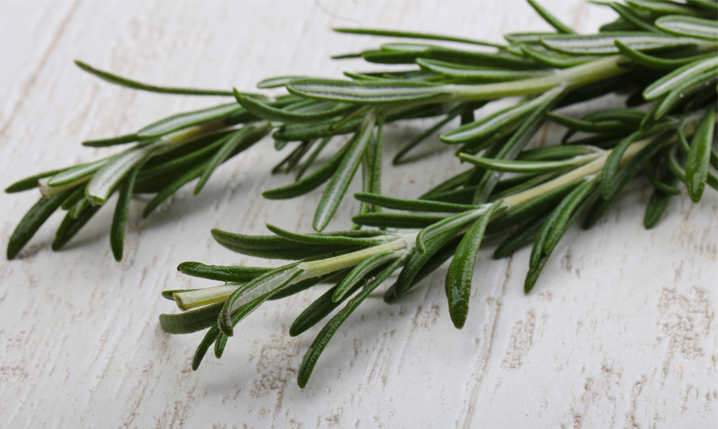 Rosemary whether fresh or dried is used in hundreds of recipes, so what are you to do when you don’t have any in? Check out these smart rosemary substitutes instead, of course!

An aromatic herb with a strong earthy spruce-like flavor, rosemary is much loved in both Mediterranean and French cuisine. Depending on the dish you’re planning to serve, you should remember that as with any substitution that you will want to pick flavors that will complement other seasonings and ingredients.

Check out these rosemary alternatives.

Thyme is not as strong of a flavor as rosemary, but that being said it works well as a substitute for situations where you would be using rosemary as a garnish. This makes it a great rosemary substitute for bread, potatoes, and soup.

Oregano is quite different from rosemary, but it makes a surprising contender as being a great rosemary alternative for steak. You don’t need to overpower the steak with oregano as it does have a strong flavor even though it can be quite mild in some ways. Garnish your steak with some oregano during cooking and you can use it as an almost 1:1 replacement. That said, use as much as you feel is required for personal taste.

Marjoram is a good alternative to dried rosemary and can be used as a substitute for chicken, and fish such as salmon. If you want to use marjoram then be aware that you’ll want to use it as a garnish rather than as an active ingredient in things like gravy or soup.

Sage is a bold flavor and requires care when using as a substitute for rosemary. If you use 1/2 the amount called for in the original recipe then you should be pretty safe to use sage in its place.

Savory is a different option and it can be a good alternative for using in casseroles, stews, and other forms of slow cooking. You can also use it as a good seasoning for vegetables and vegetable-based dishes.