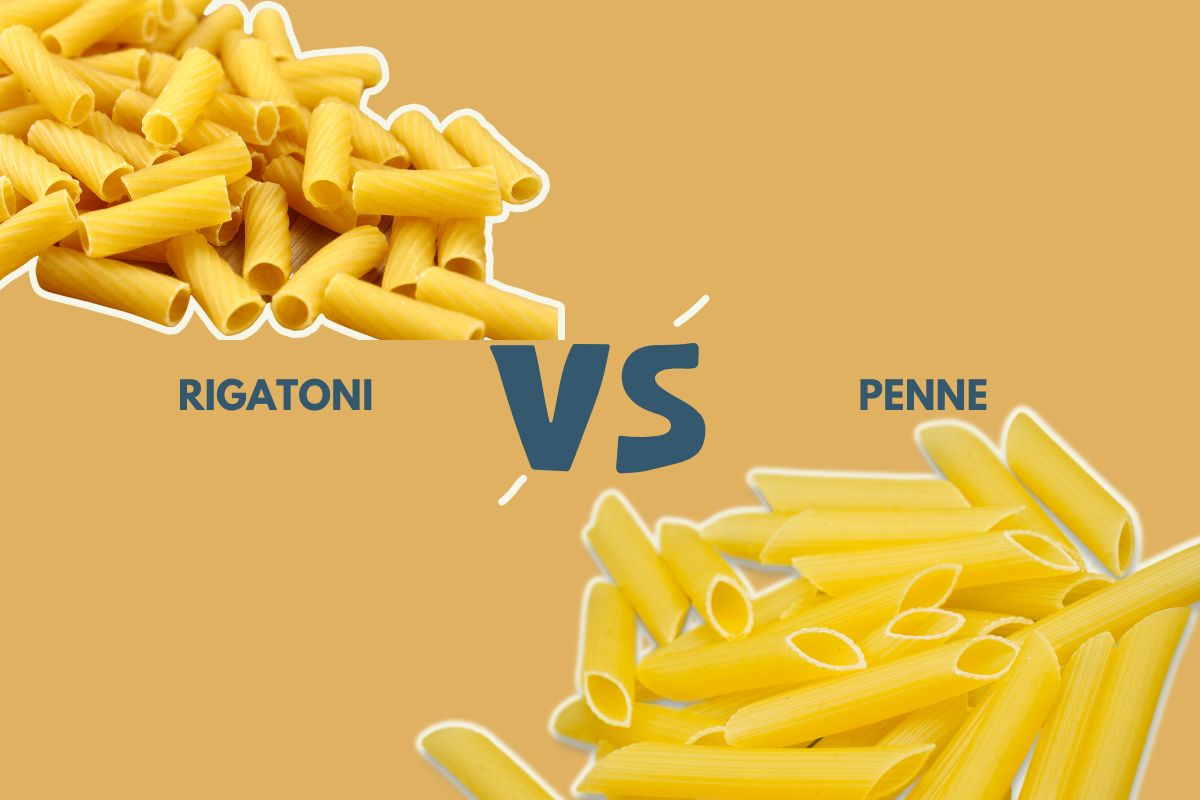 With over 450 pasta shapes present worldwide, identifying some of them can be confusing. Penne and rigatoni are two of the most prevalent kinds of pasta that are often confused with each other. Let’s talk about them and find out where they originate from. Most importantly, let’s see how they differ from each other. Here is a quick guide to rigatoni vs. penne.

Rigatoni, which is shorter and broader than penne, is always ridged with square-cut ends. And it’s most often straight, though it can sometimes be slightly curled.

“Rigatoni,” which means “ridged” or “lined” in Italian, is a popular pasta dish in central and southern Italy. Because of its wide surface area and deep ridges, rigatoni is an excellent substitute for penne.

The hollow inside of rigatoni distinguishes it from other tubular pasta shapes. And broad surface and deep ridges of this pasta make it ideal for scooping up various sauces and cheese shavings. Rigatoni is particularly well-suited to thick sauces but will still shine when paired with any other type of sauce. Heat is no match for its robust, hearty form.

Penne is a pasta that has a cylindrical shape. Because of the angled ends, penne pasta has a sizeable surface area with plenty of sauce storage space inside the tubes. In addition to its unique shape, penne is named after the Latin term for “quill” or “feather”.

Penne typically comes in two forms: lisce and rigate. Compared to smooth penne (lisce), rigate penne has ridges that enable it to be more durable and better at swooping up a dish’s sauce. The Campania region in Southern Italy is home to penne pasta. This pasta is widely recognized as the star ingredient of penne alla vodka, with a silky and creamy sauce.

Penne is a popular pasta dish in Italy because it’s versatile and goes well with various ingredients.

Rigatoni Vs. Penne: What’s the Difference?

Penne and rigatoni are two distinct kinds of pasta, despite their resemblance in appearance and taste.

When considering the differences between rigatoni and penne pasta, one must consider shape and size. These factors will determine which pasta best suits the dish you wish to prepare. Both are perfect for lapping up sauces, thick and thin.