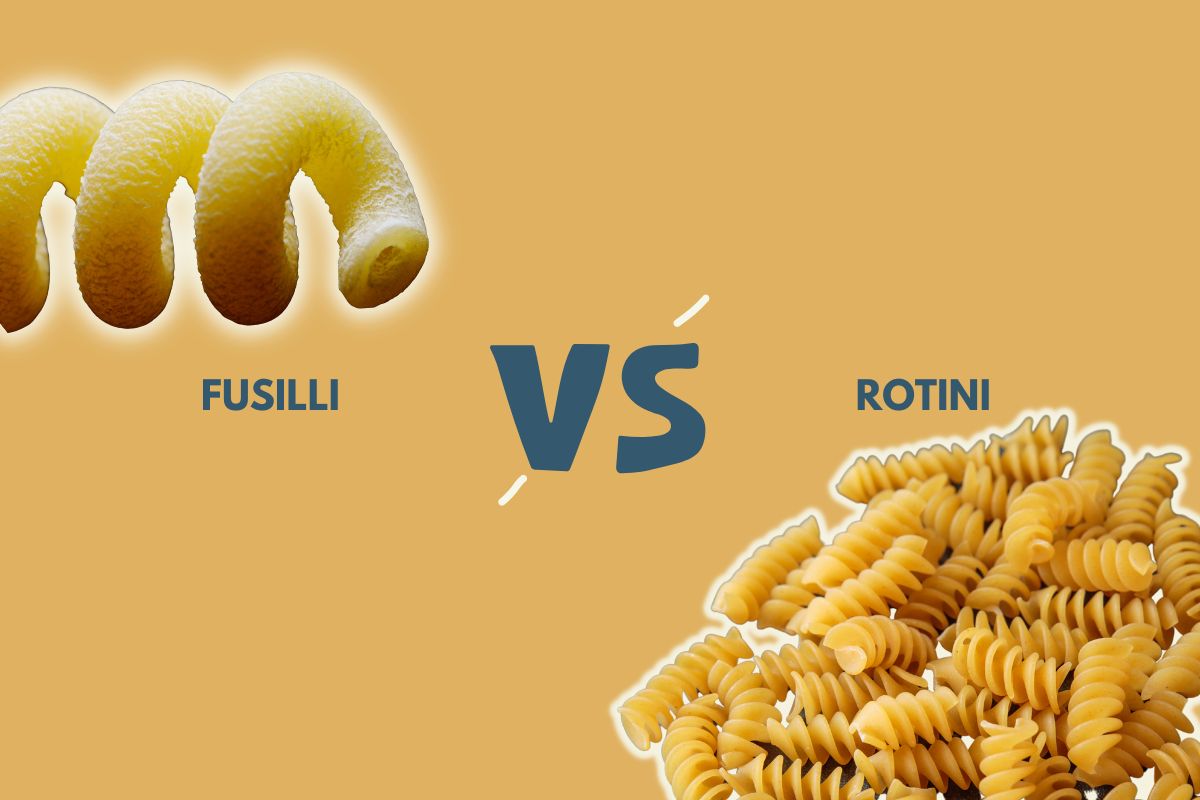 There are plenty of pasta recipes to choose from. Pasta is one of the simplest and most popular dishes to prepare at home, from homemade macaroni and cheese to baked spaghetti. As there are so many noodle shapes and sauce options, pasta can be used in countless ways. When it comes to pasta, it might be difficult to tell what’s what because there are over 450 varieties worldwide.

These kinds of pasta have a unique twist that adds a new dimension to any pasta recipe. Fusilli and rotini are frequently mistaken for one another because of their resemblance in shape. Many people believe that rotini and fusilli are one and the same. Even though the two appear practically identical at first glance, there are minor distinctions between them.

Due to its distinctive corkscrew-like shape, the Italian name rotini, pronounced “roh-tee-nee”, means “small wheels” in English. It is almost identical to fusilli other than the tightness of the gaps between rings.

Rotini, like many other kinds of pasta, is a wheat-and-water product. And it is currently available in two and three-edged forms. But was initially produced as spirals with two edges.

Just like ordinary pasta, it is boiled for several minutes in salty water until it is done. Because of its compact shape, rotini is commonly paired with vegetables and tomato-based sauces. Tri-color rotini is a variation of this pasta that’s very popular and comes in red, green, and original.

A spindle-shaped pasta known as fusilli was given its name by the Latin term “fuso”, which means “spindle”. “Foo-zee-lee” is the correct pronunciation.

This pasta is a short-cut variety that goes well with more decadent sauces and heavy creams. This is because of the pasta’s grooves, which help evenly distribute the sauce throughout each bite.

Bucati and lunghi are two different forms of fusilli. And you can purchase fusilli either fresh or dried.

Fusilli Vs. Rotini: What’s the Difference?

These are the primary differences between fusilli and rotini pasta:

While fusilli and rotini look alike at first glance, there are clearly some differences between them. Knowing these differences will give you an advantage when selecting the best pasta for your next Italian creation.