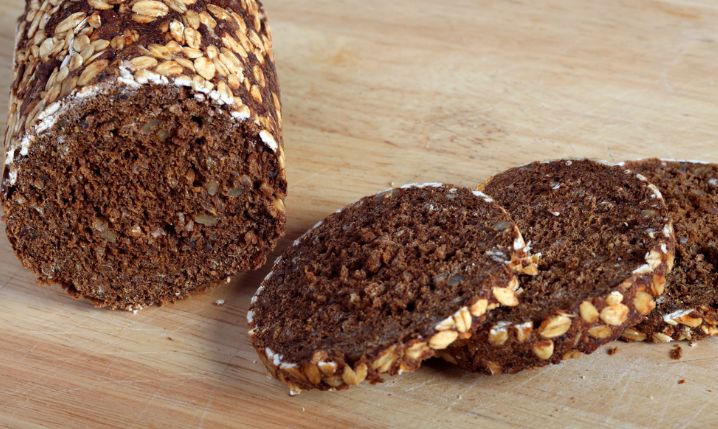 Rye and pumpernickel bread are sometimes used interchangeably in bakeries and restaurants. This makes it essential for customers and bakers to distinguish one from the other. Otherwise, if you order a loaf of bread, you may get a whole other variety of bread. However, this article should help to clear any future confusion.

A classic German bread known as pumpernickel is produced with coarse rye flour, which gives it a unique dark brown hue. Pumpernickel bread can be produced using whole or white wheat flour in some German recipes.

Pumpernickel in the U.S has a different formula and cooking time than European pumpernickel. Rather than a sourdough starter, most American formulas use dried yeast, and bakeries often produce it more quickly.

In the United States, the bread is far more likely to be made with wheat flour and ground rye than in Europe. To replicate the original German pumpernickel’s dark rye color and flavor, the recipe may include additional colorings and flavors such as cocoa powder.

To make rye bread, flour is mixed with rye grain. Numerous varieties and baking traditions are spreading over Europe. To get the desired color and texture, experiment with different ratios of rye flour to wheat flour in each recipe.

Caraway seeds and citrus peel are two examples of flavorings often used in recipes that include seeds and whole grains. Rye bread can be lifted with either sourdough starter or dry yeast.

This bread, which has its origins in European cuisine, is gaining popularity among American consumers. Wheat flour is used in more significant proportions in American rye bread than it is in European varieties. Cornmeal can be used in place of or as a supplement to wheat flour. Jewish bread recipes frequently call for whole-grain rye flour, whether for loaves or bagels.

Pumpernickel Vs. Rye: What’s the Difference?

In Europe, the manner pumpernickel is produced sets it apart from other varieties of rye bread.

Both pumpernickel and rye bread is loaded with excellent health benefits. When consumed in moderation, rye bread contains a high concentration of minerals and vitamins that are good for the body. A low glycemic load indicates that less of the bread’s carbs are absorbed by the body. This makes pumpernickel ideal for those trying to lose weight.