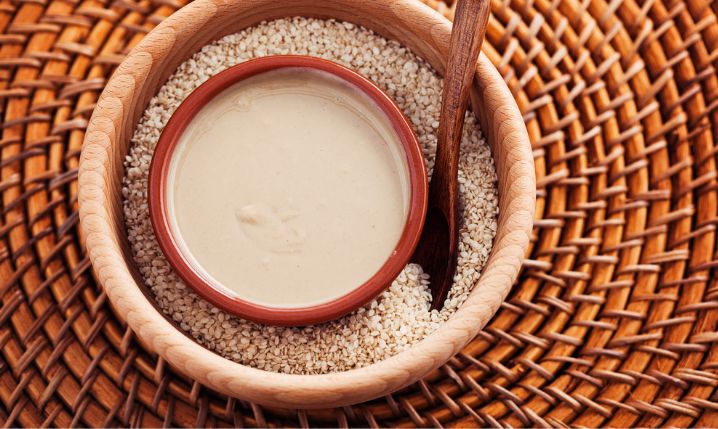 There is so much controversy about the difference between Tahina and Tahini. Many food enthusiasts believe the only difference is the name. Others believe Tahina is a dressing made with tahini, spices, herbs, olive oil, and peanut butter.

What is Tahini or Tahina?

The Hebrew and Arabic words for sesame paste, tehina/tahina/tachina, have been Americanized as tahini. Tehina is simply a paste made from ground sesame seeds. It does not contain chickpeas, as some might believe. And it has a similar texture to almond butter. The paste turns dark if the sesame seed shell is added. This is sometimes referred to as “whole tehina”.

Tahini paste and tahini sauce are becoming common condiments in supermarkets. In some stores, it’s in the section devoted to imported goods. The aisle is usually stocked with items from the Middle East and Asia.

Tahini paste comes in two varieties. Only the kernels are used to make this light-colored paste. Tahini pastes that comprise both the kernel and the bran ground into a smooth paste can also be found. The kernels are included in the second, which is why most generally opt for it. It’s the same as deciding between refined white flour and whole wheat flour. This sauce, for example, benefits significantly from the thick tahini paste as a base.

Tahina Vs. Tahini: What’s the Difference?

Most people believe that Tahina and Tahini only differ by a single letter. The general consensus is that both depict a simple sesame seed paste. And they are not wrong.

However, it seems that the word “tahina” is preferred when it comes to sauces. Tahina sauce is made from tahini/tahina paste and offers different uses. Therefore, the tahina sauce is a tahini paste-based condiment with a creamy consistency. Lemon, garlic, tahini, and spices are combined to make this sauce. And it’s the secret ingredient in many cuisines, including hummus recipes.

Tahini and tahina are alternate Hebrew and Arabic spellings of the same ingredient. It’s available in paste form at supermarkets. However, it contains a great deal of oil, much like natural peanut butter. To ensure it doesn’t spoil, store it in the refrigerator as soon as you open it.