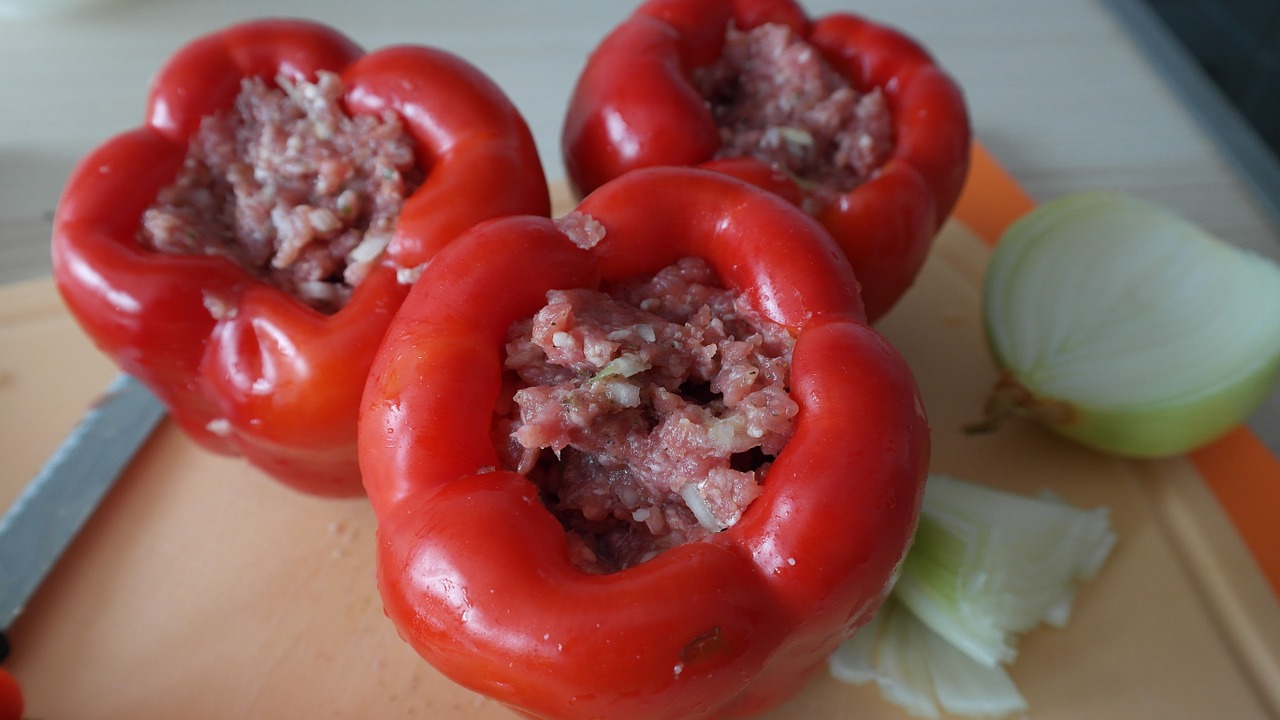 Peppadew peppers are the best ingredients to add to your dish if you want a slightly different and pleasant flavor. Their delicious flavor makes them very popular.

This variant of piquant pepper is found mainly in South Africa, where farmers grow and preserve them. After preservation, you can eat them right out of the jar or use them to prepare some delicacies. Besides their distinct flavor, they don’t have the same amount of heat as other hot peppers like jalapeno.

What if you’re caught in a situation where you have to make a dish requiring Peppadews, but you have no Peppadew peppers? Here, we shall explore peppadews pepper substitutes that make a great addition to your dish.

Pimentos are among the common peppadew pepper substitutes when you need a suitable alternative for a Mediterranean dish. It’s a chili pepper variant and originated from South America. However, it has become widespread and grown in several regions, including Spain, the Middle East, and Hungary.

Pimento comes in several colors like green, yellow and red, each indicating different stages of its growth. At first glance, they’re heart-shaped and about 3 to 4 inches long, and 2 to 3 inches wide. Though similar in taste to peppadew, they’re less sweet, making them perfect for savory meals.

These are also suitable substitutes for peppadew peppers and are great spices to add to most dishes. Bell peppers, sweet hot cherry peppers, and banana peppers are just a few types used in producing pickled cherry peppers. These peppers are preserved by submerging the pepper in brine containing vinegar, herbs, and other sweet spices.

Pickled cherry peppers share the same heat and sweet flavor as peppadews and have a distinct pickled taste. Some pepper brands might be too hot, so always look for mild brands when seeking an alternative to peppadew. You can find a jar of these ingredients in several physical stores around you.

Rocoto chiles are probably the best peppadew pepper substitutes for your homemade recipes. They’re popular in Latin cuisine since they offer a pleasant, fruity flavor that’s not overbearing. When they’re ripe, you can eat them uncooked or use them for cooking meals when unripe.

Peppadew peppers are milder than rocoto chiles, so you’ll need to use fewer Rocoto Chiles than your recipe. Rocoto chiles are versatile and can be used in stews, sauces, and stir-fries, among other foods. If you wish to use rocotos in your homemade peppadew recipe, remove the seeds and membranes beforehand.

One of the easiest-to-use substitutes for peppadew peppers is sweet drops. These small, tear-shaped peppers originated in the Peruvian Amazon. They were carried back to the Gandules Inc. headquarters in Peru. For two years, Gandules perfected the growth and nurturing process.

They are mildly spicy, and you’ll love the mildly sweet, acidic aftertaste that comes across most strongly when eaten raw. Since they mostly come as sliced peppers, working with these will be a breeze. The only thing you have to do is go out and locate them in a store around you.

Giardiniera is one of the perfect peppadew pepper substitutes for any savory dish. An Italian delicacy, giardiniera is a savory mixture of cauliflower, carrots, olives, and celery root. These ingredients are marinated in olive oil for hours before being cooled to allow the flavors to mix well.

The addition of giardiniera to a dish can transform it from boring to out-of-this-world. It gives your recipe a tangy flavor that’s different from other alternatives. You can use this in salsas, salads, relishes, and other recipes.

These peppers, which resemble little pickles, are also known as Italian sweet peppers or Tuscan peppers. It became popular in Italy after Christopher Columbus brought samples from the New World to Europe in 1492. Before it was accepted into Italian cuisine, the peperoncino was considered a beautiful yet possibly deadly plant.

When roasted, they have a pleasant, somewhat spicy flavor similar to peppadews. Green and red peperoncini can be purchased in supermarkets, but green pepperoncini are most common. If you want substitutes for peppadew peppers that are mild yet sweet, peperoncino is a fantastic option.

We can’t complete this list of the best substitutes for peppadew peppers without mentioning bell peppers. These attractive products originated from Central America, Mexico, and South America before becoming widespread. It’s fun to think that Columbus and other explorers named it after finding it during their quest for the peppercorn plant.

Bell peppers have a taste that’s similar to peppadew yet distinct. Just like peppadew, you must cook these peppers till they’re tender if you want to use them for different recipes. If you want an extra flavor, you could add some honey or any other spice you feel is best.

If you want to get a sweet and smoky flavor for your meal, roasted red pepper is the best. Bell peppers are native to South America, Mexica, and Northern America. Still, these are roasted and well preserved, unlike raw ones. These are kept in a jar with water, but the oil from the pepper skins thickens the marinade.

Its taste might be slightly different from peppadew, but they also give a mildly hot flavor. They contain low saturated fats, making them healthy for the heart and other body organs. As a result, they’re one of the healthiest replacements for peppadew peppers.

If you’re seeking peppadew pepper substitutes, the list above provides helpful suggestions. These alternative peppers are easy to obtain in most grocery stores or order online.

Each of the substitutes has its unique flavor, and they may be used in any cuisine that calls for them. Don’t forget to experiment with new flavors and textures to see what you can come up with. If you’re not comfortable with one substitute, try another.