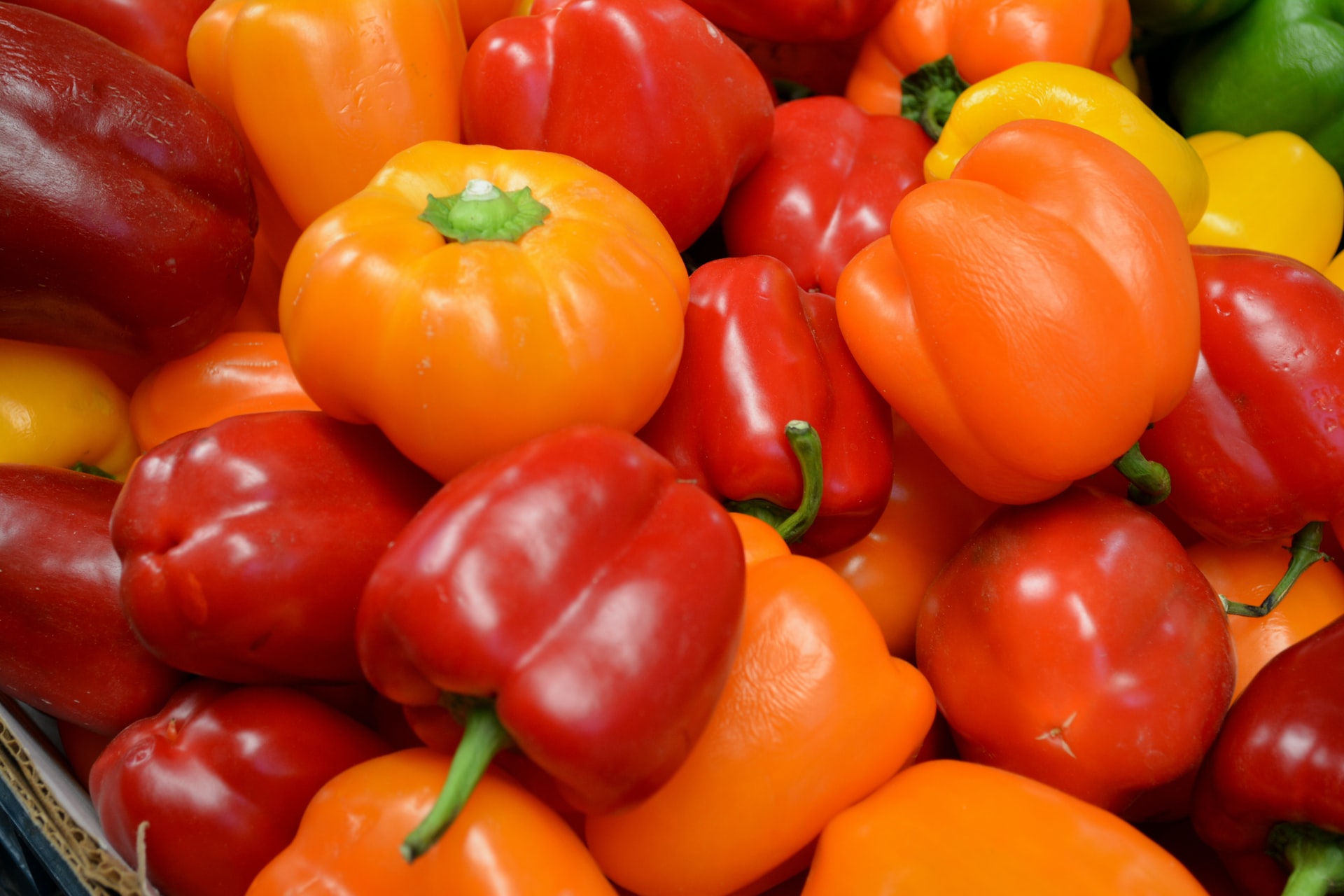 Pimento peppers are a delicious, mild chili pepper that are used in many recipes in dishes. Sometimes a recipe might call for them, but you’ll not have them available. So what can you use when you require a pimento substitute? Read on to find out.

What Are Pimento Peppers?

Pimentos are a variety of red chili pepper with mild heat to them. They come in various colors, such as red, green, or yellow.

These chili peppers are an essential ingredient in various cuisines worldwide but found their origin in Spanish cooking. They are succulent, sweet, and more aromatic than some bell peppers. They’re around 4 inches long and have a heart-like shape.

They can be diced or sliced and added to almost any dish for a burst of flavor. Whatever the use, pimentos are a staple ingredient in many kitchens, especially in the southern states.

Top Pick: Red Bell Peppers make the most versatile substitute for pimento peppers as they’re the most widely available option that’s usable in any dish or situation.

Red bell peppers are highly versatile and readily available, making them the most practical pimento substitute. And they can be pickled or marinated to be used as a substitute for preserved pimento.

Peppadews are a perfect pimento substitute as they’re a perfect match in terms of texture and size. They look very similar to pimento peppers. And they’re most often sold pickled in a jar.

These tangy peppers are sweeter with a piquant kick, and their seeds can be pretty spicy. Peppadews and pimento taste almost the same and can be used similarly. They are great for appetizers, salads, antipasti, and more.

Cherry peppers and pimento peppers have so much in common that they’re often mistaken for each other. They are both small, sweet, and bright red peppers. But cherry peppers are more spherical in shape. Cherry peppers often come pickled because their flesh is quite tough. And they should be available at your local grocery store.

These tasty peppers are often called cherry bombs. That’s because cherry peppers pack a punch, with some varieties being almost as hot as a jalapeno pepper. When substituting pimento with cherry pepper, use half the quantity of cherry pepper.

They’re crisper than pimentos with a flesh closer to that of bell peppers. So, they can be used in dishes that require more density. You’ll find them either fresh or pickled. And they’ll add a smoky flavor to your dish that the pimento peppers won’t.

Corno di Toro is a sweet Italian pepper shaped somewhat like a bull’s horn and is typically about 8 inches long. These Italian delights are larger and flashier than pimento peppers. But they have a similar sweet and tangy flavor, making them a perfect substitute for pimento.

They’re milder than pimentos. And are a perfect substitute in dishes that require little to no cooking, such as salads. However, they are also fantastic as part of a cooked dish and roasted like a vegetable.

Banana peppers are sweet peppers that range in color from yellow to red. These delectable flavor-enhancers are similar in size to pimentos, with a length of about 4 inches. Pimentos and banana peppers are also similar in taste, with both having a sweet and tangy taste to them.

These substitutes for pimento can be pickled and jarred or available fresh in-store. However, they add a delightful aesthetic when sliced as a garnish or over a salad.

Cubanelle peppers are sweet aromatic peppers. You’ll find them in green, orange, or red varieties, and they comprise a milder heat than most peppers. They’re an excellent substitute for pimento due to the texture and aroma, sweet and fruity.

These peppers are larger than pimentos but more flavorful. They fry nicely, becoming very fragrant. In fact, they’re referred to as “frying peppers” in some parts of the world. Cubanelle peppers add a delightful crunch to salads and are large enough to be used as stuffed peppers.

The above list offers some pimento substitute options and ideas. Try out the alternative that sounds most suited to deliver the taste and consistency you’re looking for.