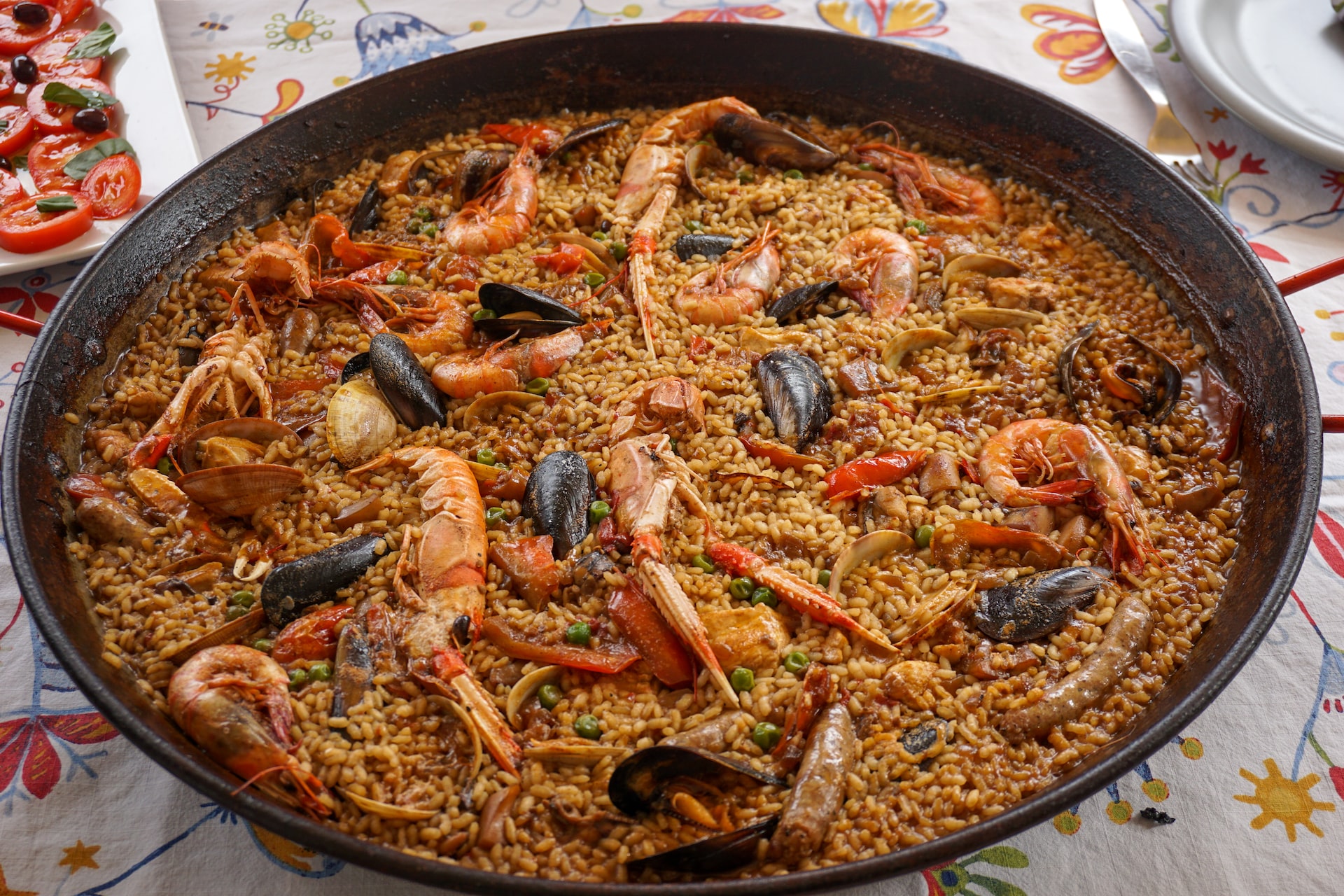 Paella is a popular Spanish dish with rice as its primary ingredient. This dish got its name from the broad, the large flat pan the dish is traditionally made in. The pan is called a paellera and is used on an open fire. Paella has become a staple of Spanish cuisine.

Rice is the main component of paella, and various meats and vegetables are added to enhance the dish’s flavor. The supplements typically include seafood, meat, and different kinds of vegetables. Saffron is another main ingredient in paella, which gives this rice dish its unique color and flavor.

Jambalaya is another popular rice dish originating from French and Spanish African cuisine. This one-pan dish is loved for its moreish ingredients and flavor. It’s a Cajun-style dish and is made by mixing a variety of meats, usually sausage, with rice and vegetables.

Different vegetables are added to the pan to give a slight crunch to the jambalaya. Cumin and cayenne pepper are also added to enhance the bold flavor of the dish.

Paella Vs. Jambalaya: What’s The Difference?

While both paella and jambalaya are one-pan dishes, they are quite different regarding their ingredients and flavor profile.

One of the differences between paella and jambalaya is the rice used to make these dishes. Paella is a traditional dish made using a white, short-grained rice. On the other hand, the jambalaya recipe has evolved over the years and uses long-grain rice as its base.

The most fundamental difference that you can see between paella and jambalaya is their color. Saffron is one of the main ingredients added to paella, which gives the dish its traditional yellow color. Whereas jambalaya can be shades of red or brown, depending on the particular combination of meat, vegetables, and spices used.

The cooking method and time also vary between jambalaya and paella. It’s possible cook jambalaya within 20 minutes on a stovetop. Whereas paella is traditionally cooked on an open flame and can take up to 45 minutes or longer.

While both Paella and Jambalaya are Spanish delicacies, their flavor profile and how they are cooked differ. Nevertheless, our paella vs. jambalaya comparison should have helped to clear up any confusion.