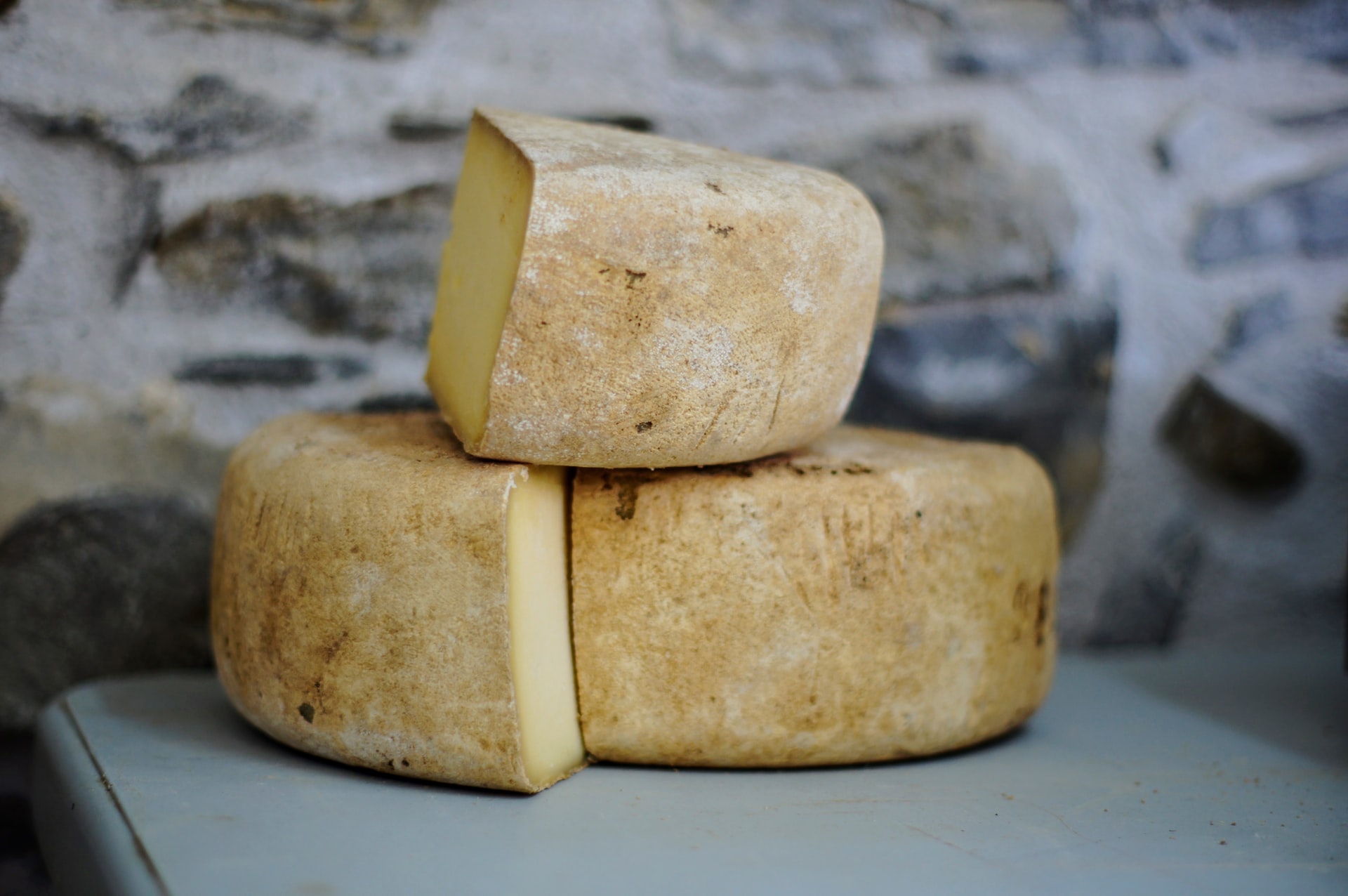 Gruyere cheese is a hard, yellow cheese made from cow’s milk that originated in Switzerland. The cheese is named after the Swiss town of Gruyeres and is a popular fondue cheese. If you’re on the hunt for a Gruyere cheese substitute, we have plenty of ideal contenders we can recommend.

This premium cheese has a long history of use in Swiss cuisine, where it’s been produced since the Middle Ages. And it remains prevalent in traditional Swiss dishes, including gratins, quiches, and more.

This article will delve into some of the best alternatives to use when Gruyere cheese is not an option.

What is Gruyere Cheese?

Gruyere is a pale-yellow hard cheese that comprises small holes known as “eyes”. The cheese is traditionally produced using unpasteurized cow’s milk. And it has a nutty, sweet flavor.

This famous cheese melts incredibly well. As such, it’s one of the most popular cheeses to use when making cheese fondue, a classic Swiss dish. It’s also a favorite in Switzerland and France for making cheese-based soups.

A complex process is involved when producing Gruyere cheese which gives the cheese its unique flavor and texture. This process includes molding and pressing cheese curd and then soaking it in brine for two weeks. The cheese is then aged for a minimum of 6 months, up to a year.

Gruyere cheese is considered a premium cheese and commands a higher price than many other kinds of cheese. However, many believe that the taste and quality of Gruyere cheese justify its cost.

There’s no need to worry if your recipe calls for Gruyere cheese, but you cannot source it. Plenty of excellent alternatives exist in the world of cheese. While these replacements may offer a slightly different taste or texture, the results are guaranteed to be delicious.

Emmental cheese is a Swiss cheese named after the Emmental region in Switzerland. It’s another incredibly popular Swiss cheese with a distinctively nutty, buttery flavor.

The texture of Emmental cheese is semi-hard, and it comprises large holes known as “eyes.” Overall, it has a similar flavor and texture to Gruyere cheese but is not as strong.

You can use Jarlsberg in place of Gruyere in quiches, soups, gratins, and oven-baked dishes.

This US creation offers a nutty and slightly sweet taste with a creamy, smooth texture and less intense flavor than Gruyere cheese.

Comté cheese originated in the Franche-Comté region of eastern France. The cheese is made from the milk of Montbéliarde cows and has a creamy texture and nutty, fruity flavor.

Slightly sweeter than Gruyère cheese, Comté cheese can be used in most of the same dishes. And it works particularly well in omelets, quiches, and gratins. It also happens to be an excellent melting cheese.

Raclette cheese, originally from Switzerland, is a semi-hard cheese made from cow’s milk. In fact, the word “raclette” refers to both the cheese and the traditional Swiss dish that’s made with it.

It has a nutty flavor and a buttery texture but is not as sweet as Gruyere cheese. That said, it’s best to taste Raclette cheese before using it, as it has a unique flavor and aroma.

This great alternative is less expensive than Gruyere cheese and also melts well. As such, it’s ideal for replacing Gruyere cheese in fondues, gratins, and other baked dishes.

Perhaps you’re out of Gruyere cheese or don’t want to use it in your cooking. Either way, several good alternatives will give you similar results. With so many delicious Gruyere cheese substitute options available, there’s no reason why you can’t still enjoy your favorite dishes.