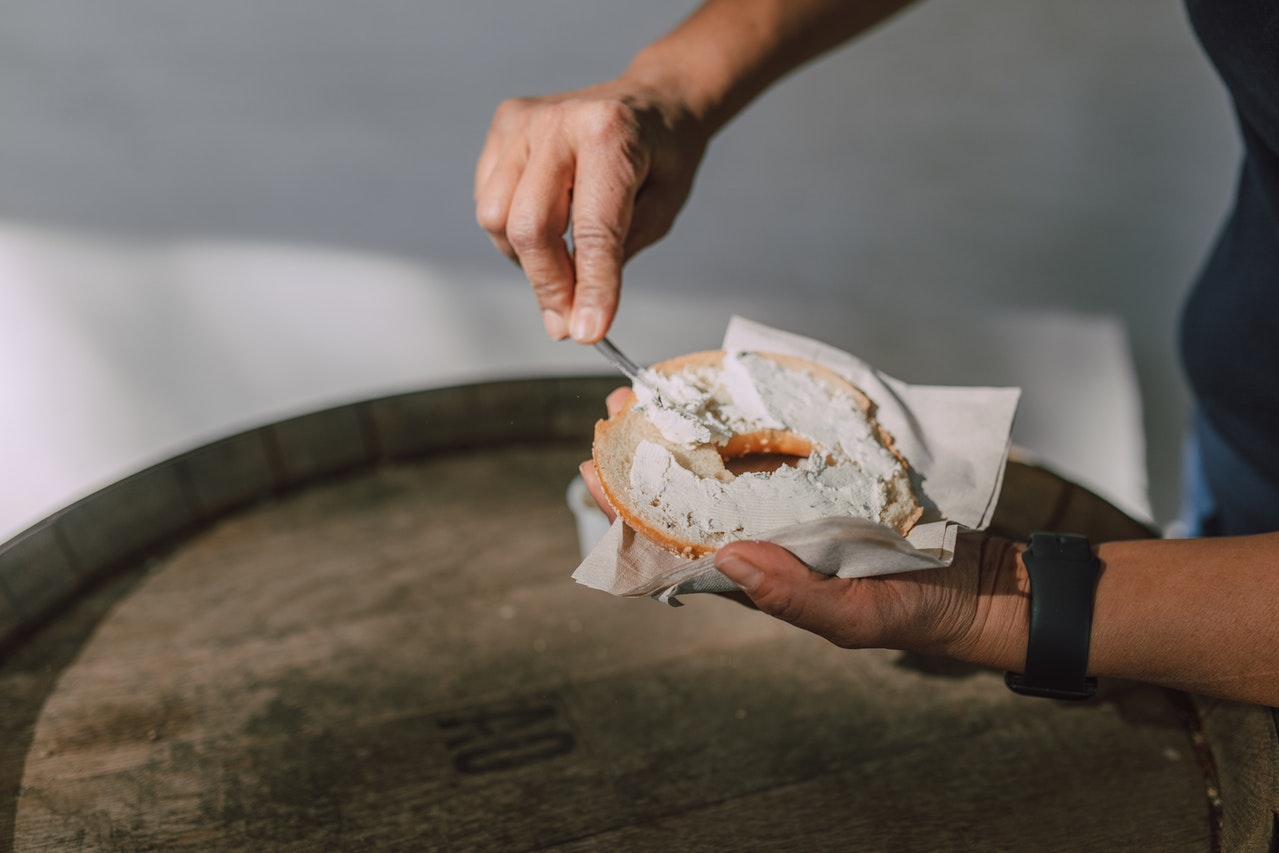 Ask any bagel lover, and they’ll tell you that cream cheese is a must-have spread. But it’s also a key ingredient in many different baking and cooking recipes. If you run out of cream cheese, there are tons of cream cheese substitutes within your reach.

Cream cheese adds all the creaminess and rich flavor as a spread. It also provides velvety a filling between layers of cake and forms the foundation of many a tasty dip. Since it was first produced in the 1800s by William Lawrence, it has been an American cuisine staple.

This article will discuss notable cream cheese substitutes and how to use them.

What is Cream Cheese?

Cream cheese is a soft cheese made from a combination of cow’s milk and cream. And it has a delightfully sweet and tart flavor.

Comprising up to 33% fat, it has a smooth and creamy texture that’s great for appetizers, cheesecake, and more. Because it’s a versatile cheese, it’s widely used in various recipes.

Its texture adds richness to pastry dishes and frostings. Plus, it’s also incredibly nutrient-packed, with traces of Vitamin A, B2, and protein.

While it’s difficult to mimic the exact flavor and texture of cream cheese, there are a few good alternatives. Some can be used in baked goods, and others are fantastic for spreads and dips. Here are the best cream cheese substitutes we recommend trying out.

A common cream cheese substitute is sour cream, and for a good reason. Sour cream is made by fermenting cream. It has a similar taste but fewer calories than cream cheese, which is ideal for those on a diet.

In addition, it also has a light and creamy consistency. The sour cream’s slightly sour flavor and thickness make it ideal for adding delectable richness to dips and sauces.

That said, it’s not so great for soups since it curdles rapidly when heated.

Greek yogurt has been drained to remove the watery whey, resulting in a thicker yogurt. If it is a tangy substitute you want, look no further than Greek yogurt.

This popular yogurt is nutrient-rich, containing protein, calcium, and Vitamin B12 with less fat than cream cheese. Plus, the probiotics found in Greek yogurt can add good bacteria for gut health.

The fluffy, creamy texture and tangy zing of Greek yogurt make it a fantastic option for frosting and sauces. For cold dishes, pour some Greek yogurt onto them to mimic the creamy richness of cream cheese.

This cheese has a soft and somewhat crumbly texture. Simply use the same amount of Neufchatel cheese as cream cheese for sauces and spreads.

Mascarpone cheese is described as the “Italian cream cheese”. Although not entirely identical, they share many similarities.

This cheese has a slightly sweeter flavor, is creamier, and contains more fat. Aside from that, mascarpone and cream cheese are otherwise interchangeable. This ultra-creamy cheese makes for great dips and desserts. Due to its soft texture, it immediately melts in your mouth. It also contains vitamin A, riboflavin, and calcium.

Mascarpone cheese is not as salty as cream cheese. So, you may want to add a teaspoon of lemon juice or a pinch of salt for a similar taste.

This is an easy choice if you want a vegan cream cheese substitute. Made from soybeans, silken tofu provides a texture similar to cream cheese. It’s dairy-free, making it a good alternative if you’re lactose-intolerant.

You can substitute silken tofu for cream cheese in savory and sweet recipes. The only downside is that it might not deliver quite the same flavor as cream cheese. But the texture is certainly a close match.

Hummus is made from chickpeas, tahini sauce, lemon juice, and other ingredients. It originated in the Middle East and delivers an earthy, salty, subtle flavor.

Cream cheese and hummus do not have the same flavor, but their textures are somewhat similar. That said, hummus is a fantastic cream cheese substitute, especially if you are lactose intolerant.

It’s also highly nutritional, consisting of protein and manganese. The primary function of hummus is as a dip. But this is an excellent substitute if you’re looking for a convenient spread or topping for pizzas or bagels. Hummus is, however, not suitable for baking.

If you want to replicate the tanginess of cream cheese, you might find success with quark cheese. Quark is a popular soft, spreadable German cheese produced from buttermilk and thick whipped cream.

It has a creamy consistency and is slightly sourer than cream cheese. As such, quark is not an ideal substitute for sweet recipes. And it’s essential to avoid using too much to avoid it overpowering your meal.

Another vegan cream cheese substitute, cashew cheese, is produced from cashews, water, and nutritional yeast. This cheese can easily be made at home, where you can adjust the water content to control the consistency of the cheese. It’s a slightly salty cheese alternative and has a soft, creamy feel.

You can use cashew cheese as a substitute for cream cheese as a delicious spread on a toasted bagel or crackers. Cashew cheese can also be used to make vegan cheesecake. However, it’s best to stick to cream cheese or one of the alternatives above when it comes to other baked goods.

If you want to recreate the texture and taste of cream cheese when it’s unavailable, there are numerous options at your disposal. You can always turn to one of the perfect replacements listed above. To avoid the headache, it may be wise to stock up on these cream cheese substitutes just in case.