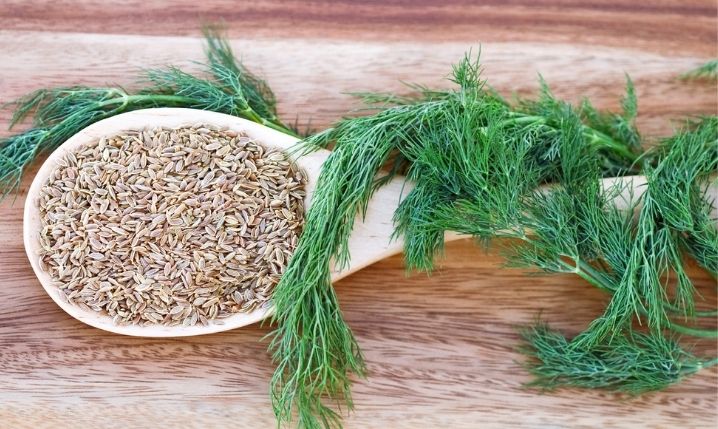 Dill Weed and Dill Seed are herbs and seeds respectively. They are commonly used in cooking, but people often get confused about the differences between the two and when to use them.

If you’re looking to find out the differences between the two and when to use them then read on to learn what you need to know to use them as herbs and spices in your next meal.

Is Dill Weed The Same As Dill Seed?

What Is Dill Weed?

What is commonly referred to as dill weed is the leaves and the stems of the dill plant. It has a distinctive flavor that has been used in European dishes for centuries.

Dill weed is used for everything from garnishes to sauces, but the leaves and stems have a difference in terms of flavor. It is recommended that novices to these herbs use the leaves for that reason.

You can use dill weed with dairy products like butter and soft cheese to give a fresh herby taste to your dishes.

Is dried dill the same as dill weed?

Yes, dried dill that can be found in grocery stores in the herbs and spices section is the same thing as dill weed.

What Is Dill Seed?

Dill seeds look like smaller flatter sunflower seeds. They are mostly used as a spice and have an intense flavor when ground up and added to sauces. A little goes a long way with dill seed, so you should be careful about how much you use. They have an aromatic flavor with a citrusy edge that has been likened to caraway seeds.

Dill Seed and Dill Weed both come from the same plant, but they are used in different ways and can’t be used interchangeably. Used as herbs and spices they are crucial ingredients in lots of recipes and can be useful to know how to use in the kitchen.