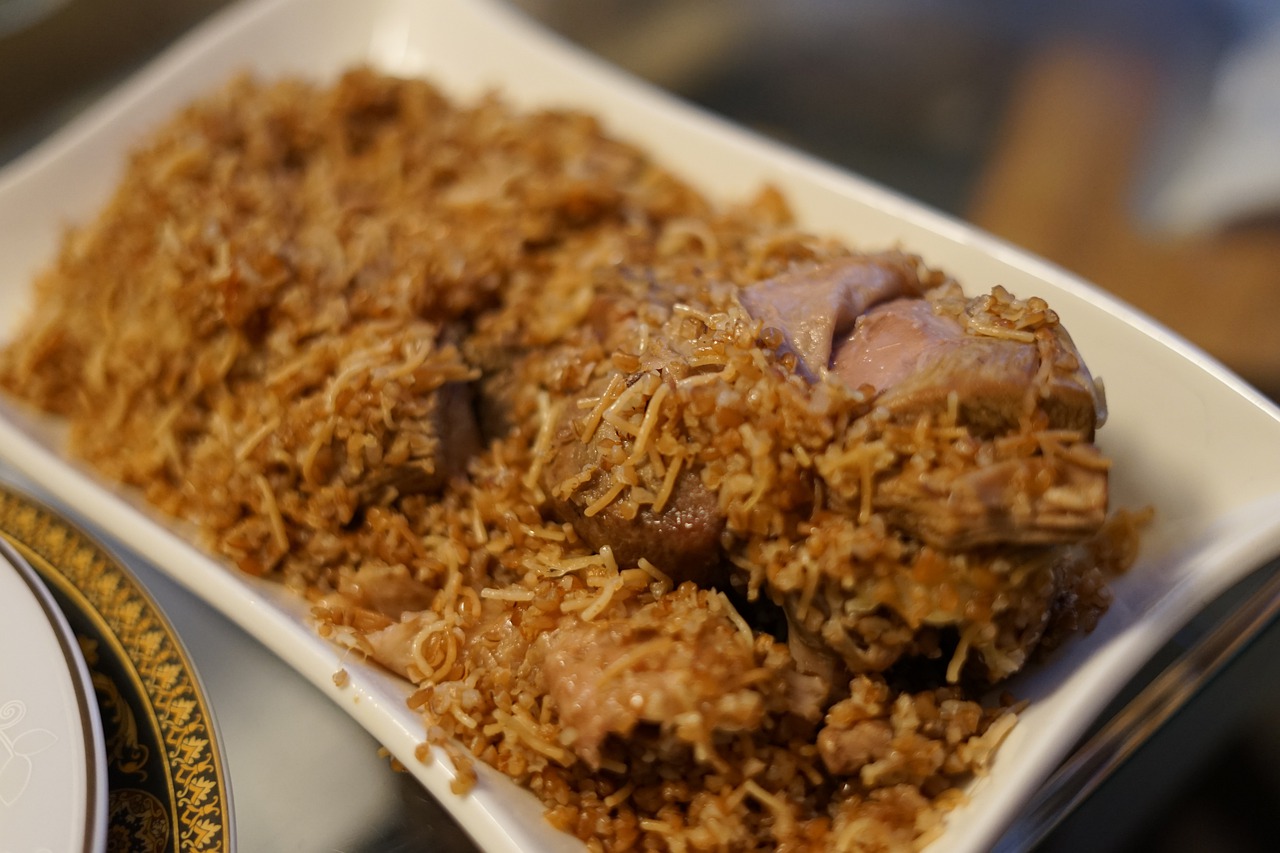 Bulgur is a Middle Eastern grain that is made from whole wheat kernels. While it’s prevalent in Middle Eastern and North African cooking, it isn’t all that common in other parts of the world.

It’s essentially made by cracking, boiling, and drying the kernels. And is typically incorporated into dishes such as pilaf, salads, and stews. But It can also be included in pasta dishes and wraps or as part of a side dish.

This versatile food is easy to cook and only requires 15 minutes of simmering in boiling water or a broth. The result is a wholesome grain with a distinct nutty flavor and chewy texture.

However, what do you do if bulgur is not available? Don’t worry. We have some great substitutes up our sleeve. Here are the best bulgur substitutes that will work perfectly for your next culinary creation.

Quinoa is a grain from South America. It’s a complete protein, meaning it contains all of the essential amino acids. In fact, this edible seed is an excellent source of potassium, magnesium, and iron.

Like bulgur, quinoa has a nutty flavor and can be used in many dishes where bulgur would typically be used. It’s perfect for dishes like bulgur pilafs and salads. It can also be used in stews and soups. But it’s also an excellent accompaniment for stir fry, curry, and even breakfast bowls. Try toasting the quinoa in a pan before cooking it. This will give it a nuttier flavor that is closer to bulgur.

Barley is a grain that’s most commonly associated with beer brewing. However, it can also be used in cooking. Barley is a good source of fiber and vitamins. And also contains selenium, which is an important antioxidant. This healthy grain can be eaten cooked or sprouted.

It has a chewy texture and nutty flavor, making it a great bulgur substitute. Barley is also great in pilafs, soups, and stews. It’s also a perfect addition to salads. Just make sure to cook it before adding it to salads, as uncooked barley can be tough to chew. Try adding roasted vegetables or a flavorful dressing to make the barley tastier.

Couscous is actually a type of pasta made from durum wheat semolina. It has a light and fluffy texture, perfect for salads and side dishes. Couscous can also be substituted for bulgur in many recipes.

These light and moreish granules are usually used in dishes like salads, pilafs, and sides. But couscous is also great served with saucy stews casseroles. It’s also often used in salads because it doesn’t get soggy like other grains. Add some parsley, mint, cilantro, or basil to your couscous dish for a burst of flavor.

Rice is a staple food in many cultures around the world. There are many different types of rice, so choose the one that best suits your dish. We recommend using white rice, brown rice, or basmati rice for a bulgur substitute. Rice has a neutral flavor, so it will not alter the taste of your dish when using it as a bulgur substitute.

It’s incredibly versatile and can be used in sweet or savory dishes. Typical rice dishes include rice pudding, sushi, rice and beans, risotto, fried rice, paella, and curries. But it’s also perfect for dishes like pilafs and salads when using it as a bulgur substitute. Try adding cumin, coriander, and turmeric to your rice for a Middle Eastern flavor.

Lentils are a type of legume that’s native to Asia and Africa. They’re an excellent source of protein and fiber. Lentils can be used as a bulgur substitute in several recipes. And they bring a similar nut-like flavor to a dish and are somewhat chewy like bulgur. For a bulgur substitute, we recommend using brown lentils or green lentils.

You’ll often find lentils perfect for dishes like soups, stews, curries, and salads. They can also be used in pilafs and side dishes. We recommend rinsing and soaking your lentils overnight and then cooking them in a broth for about 60 minutes. You could also cook them in a pressure cooker to speed up the process. Cumin, coriander, turmeric, and ginger work really well with lentils.

Buckwheat is considered a grain but is actually a fruit seed grown and prominently used in Asia. And it makes for a healthy bulgur substitute. We recommend using toasted buckwheat or kasha as the ideal alternatives to bulgur.

Typically, buckwheat is incorporated into dishes such as soba noodles, pancakes, and porridges. But this soft seed also works great in pilafs and salads. While it adds a similar texture to bulgur, buckwheat has a subtle flavor profile. We recommend adding some spices or herbs to the buckwheat to give it more flavor.

Farro is an ancient grain and, like bulgur, is popular in the Middle East. The nutty flavor and chewy texture of farro make it an ideal bulgur substitute.

Farro is a common ingredient or accompaniment in dishes like salads, soups, and stews. This means you can use it as a bulgur substitute in any of these. It’s also perfect for risottos and side dishes where it absorbs the flavors of the sauces and ingredients it’s cooked with. Farro can be cooked in water or stock for added flavor. Try adding some spices or herbs to give it more taste.