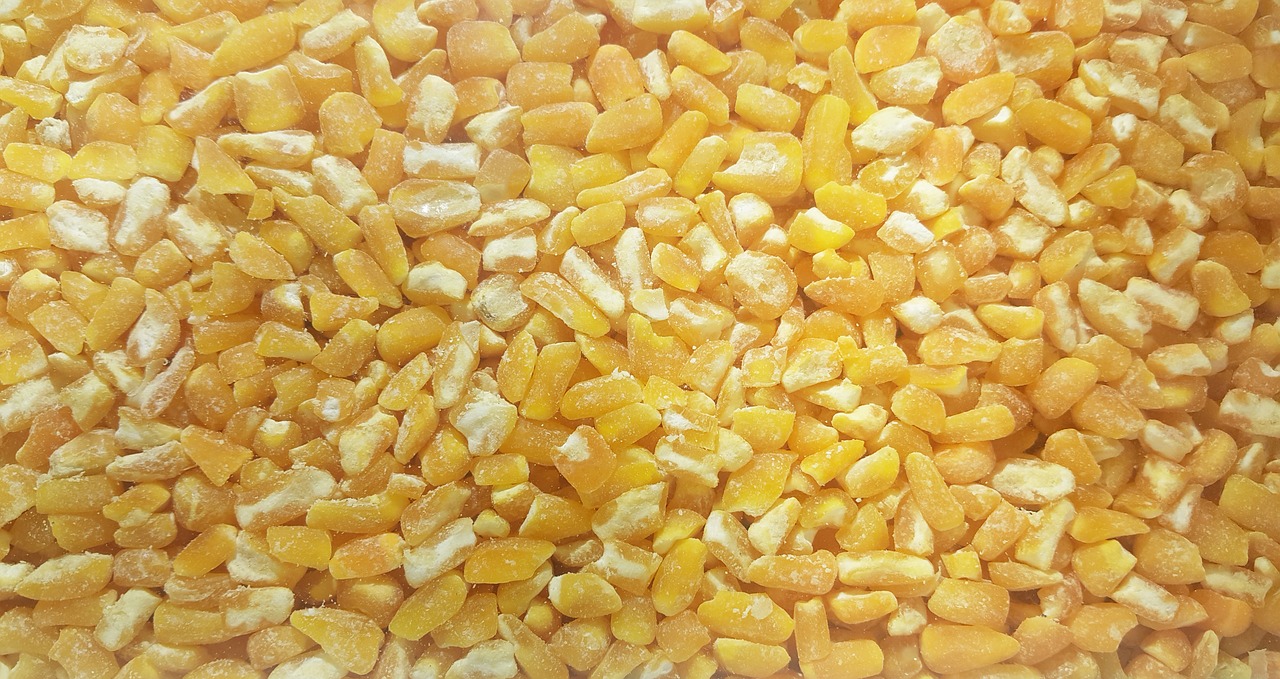 Getting this ingredient would be easy if you lived in a large Mexican community. But you might have to settle for substitutes if you don’t. In this article, we’ll explore the best hominy substitute options for any situation.

Hominy is a bean-like grain with many health benefits and goes well with several other dishes. The grain has been a staple of Mexican cooking and is the main ingredient of the famous Mexican food – Pozole.

“Hominy” comes from the Powhatan language, which means “prepared corn.” Of course, corn has been around for ages and has been used to create other ingredients like this one. After passing through a nixtamalization process, the maize gets a distinct flavor that many fall in love with instantly.

The first of the Hominy substitutes that comes to mind when you don’t find the fresh grain is canned Hominy. Several companies produce this preserved variant to make it easier to get Hominy when there are no fresh options. They are equivalent to the original grain but only different because they have to be preserved with preservatives.

There isn’t much difference between the canned version and the fresh ones aside from one being in a can. They both share the same gentle and enticing flavor and should be dried before use. You use canned Hominy like canned corn, and it’s a great substitute when preparing meals like meat soup.

If you’re seeking a substitute for Hominy, another option to consider is Samp. This maize is of Native American origin and has been in existence since colonial times. Like Hominy, it comes from dehulled maize kernels; however, both go through different processes.

The difference in the production causes a distinction in their appearance. While Hominy is seed-like, Samp comes in broken bits because it must be diced and crushed during production. Aside from this, the taste is similar to Hominy and has high fiber content, making it another healthy option.

Since corn is where you get Hominy from, it’s only standard that corn grains are great hominy substitutes. Over 9.000 years ago, the grain was dominant in Mexico before spreading into other continents. Its sweet taste also makes it a fantastic ingredient when preparing various meals.

Hominy looks slightly different from corn because it must be soaked in an alkaline solution. Although the process also makes the taste different, it’s not so far from the exceptional corn taste. This makes corn grains cheaper than Hominy.

Use dry beans as a substitute for Hominy if you need the grain in your recipe. Just as their name implies, these beans have been dried to make them last longer while in storage. Several bean plants can be dried after harvesting, including kidney beans, black beans, Great Northern Beans, and navy beans.

Since beans aren’t corn, they don’t taste like Hominy, but they can be soft and wholesome if you cook them well. The fact that they’re dried means you must boil them till they’re soft before you can use them for cooking. You can also add garlic or onion to lend the dish a unique taste and aroma.

Grits are also healthy substitutes for Hominy, also made from corn. The dish originates from the Native American Muscogee, but the American colonists learned to use it later. Soon, it became a delicacy in several parts of America.

Unlike Hominy, grits are soft and look more like porridge, giving the impression that both meals aren’t alike. However, both are corn products, and though Hominy is seeded, grits can still be a fantastic substitute. You only have to boil them for a while, add them to other dishes, or use them as a side meal.

Though this meal is unknown to several people, it’s one of the ideal hominy substitutes. Polenta originated from Italy, where it was a popular meal for working-class families. The simple dish was made from corn and other beans or legumes.

Polenta is like the mashed version of Hominy, and you prepare it by stirring in a saucepan for forty minutes. One of the reasons many prefer other substitutes is the time taken to prepare Polenta. Nonetheless, it’s a versatile dish that one can utilize in several ways, including grilling and baking.

There are several excellent hominy substitutes, and chickpeas are one of them. The pea has no specific origin though most speculates it came from Turkey and Syria. Currently, both the light and darker-colored chickpeas are mainly from India.

Chickpeas and Hominy are different, but it’s a great substitute because of their grainy and nutty flavor. It has a great nutritional value as it contains high protein levels, minerals, and vitamins. On the other hand, if you prefer using only corn meals, you might opt for other hominy substitutes.

Millet is an excellent alternative if you seek to replace Hominy in your recipe. Though widespread in the USA, the whole grain originated from Neolithic China. It’s pretty standard as a powdered substance, but its whole seeds can be used to create mouth-watering dishes.

These seeds are smaller than corn but similar to corn grains; hence, they taste like Hominy. Asides from this, they have a sweet taste, which lends a unique dimension to your recipe. Millet Grains are also cost-effective hominy substitutes, and you can purchase them in almost any grocery store.

Several hominy alternatives are available for you to utilize when making your meals. The alternative you use depends on the meal you’re preparing. Fortunately, you can opt for canned Hominy, available in several stores. If you can’t find one around you, place an order on Amazon. On the other hand, you can opt for other substitutes if you’re not preparing pozole.