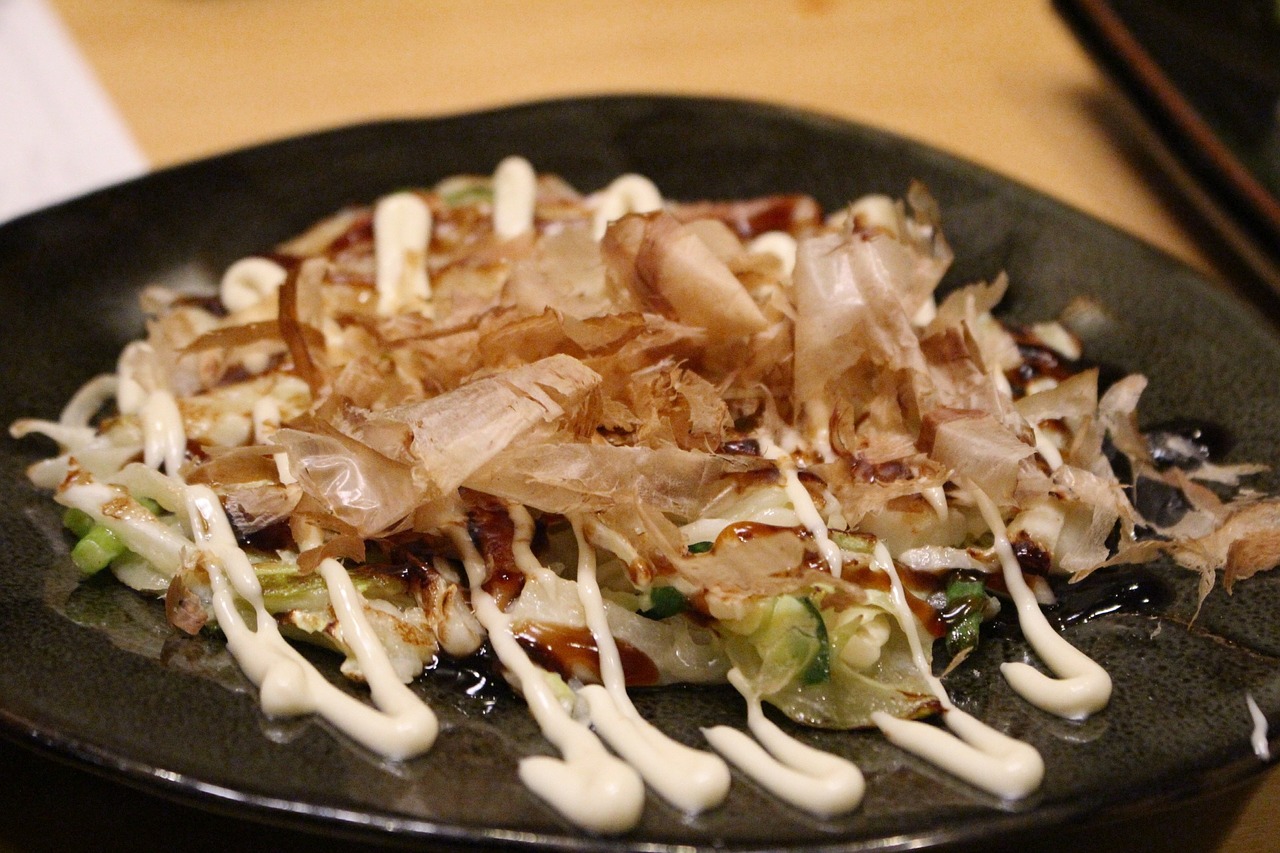 Bonito flakes are also called Katsuobushi in Japanese. These shavings are the fermented and smoked pieces of a fish called skipjack tuna. Bonito flakes are a central ingredient in preparing a traditional Japanese stock called Dashi. Dashi forms the basis of many Japanese soups and sauces and is very popular in Japanese cuisine.

Katsuobushi has an intense umami taste that brings a burst of flavor to dishes. It has a high inosinic acid content that contributes to the potency of the umami flavor. While Bonito flakes are popular for their essential role in making Dashi, they can be used in other foods. They could be used as a topping, garnish, or seasoning in meal preparation.

Adding a complex depth of umami flavor to soups, stir-fries, and sauces, Bonito flakes hit the jackpot in terms of the flavor profile. The flavor is salty and smoky, a perfect mixture of fishy and deep umami flavors. Due to how thinly it is sliced, the texture is light, and it is not unusual to snack on it straight out of the bag.

Bonito flakes can be store-bought at any Asian or Japanese store near you. There’s also the option of purchasing in bulk from online retailers. The flakes are resistant to spoiling due to the preservation process and can last up to six months if kept properly.

Dulse is sea lettuce that grows on the Northern coasts of the Pacific and Atlantic Oceans. A great source of vitamins and minerals, this red seaweed contains all the trace elements humans need. It is rich in fiber and has a high level of protein content.

When used in cooking, it acts as a flavor enhancer with a smoky umami flavor similar to Bonito flakes. It is a versatile condiment as it can be used in soups, salads, sandwiches, or meat dishes. You can find dulse flakes at health food stores and organic grocery stores.

Nori is a common dried seaweed popular in Japanese cuisine. It has a strong, distinctive flavor with an umami profile like Bonito flakes. Popularly used in sushi rolls, it has a briny, smoky flavor with a slight sweetness.

The dried seaweed can also be used as a garnish or flavoring for soups and noodles or as a food decoration. It has a high iodine content and is a source of vitamins and minerals.

Kombu is edible kelp and is popular in East Asian and Japanese cuisines. It is incorporated into cooking in three ways: dried, pickled in vinegar, or shredded and dried. Kombu is one of the main ingredients in making the popular Japanese soup stock. This chewy edible product of the sea has a salty, mushroom-like flavor mimicking the umami taste of Bonito flakes.

It is filled with glutamic acids, an important chemical that contributes to the potency of the umami flavor it adds. Kombu contains high levels of iodine that can even make you ill if you have too much. So, be careful of how much kombu you consume.

Bonito flakes are basically smoked fermented fish shavings, and whitefish would be an excellent substitute if the need arises. White fish is a variety of fish that doesn’t have excessive oils in their tissue and have flaky white flesh. Examples of this type of fish include cod, haddock, pollock, sea bass, etc.

It is mild-flavored but still manages to add that umami kick to a dish. The flesh of this fish is flaky, allowing it to pass as an excellent substitute for Bonito flakes.

Niboshi (or Iriko) are dried Japanese baby anchovies. They are used in Asian cuisine to flavor soup stock and as snacks. In Japan, Niboshi is used in making the base of miso soup. It adds a fishy umami flavor to broths as Bonito flakes do.

It has a high concentration of insomniac acid that boosts the umami flavor in the dish. Niboshi can be found in grocery stores labeled and is easier to find when you’re in a bind.

Bonito flakes have a distinct smoky umami flavor and taste that is hard to replace in Japanese cuisine. While it’s sometimes a challenge to find, the Bonito flakes substitutes above will do a fantastic job standing in for it.