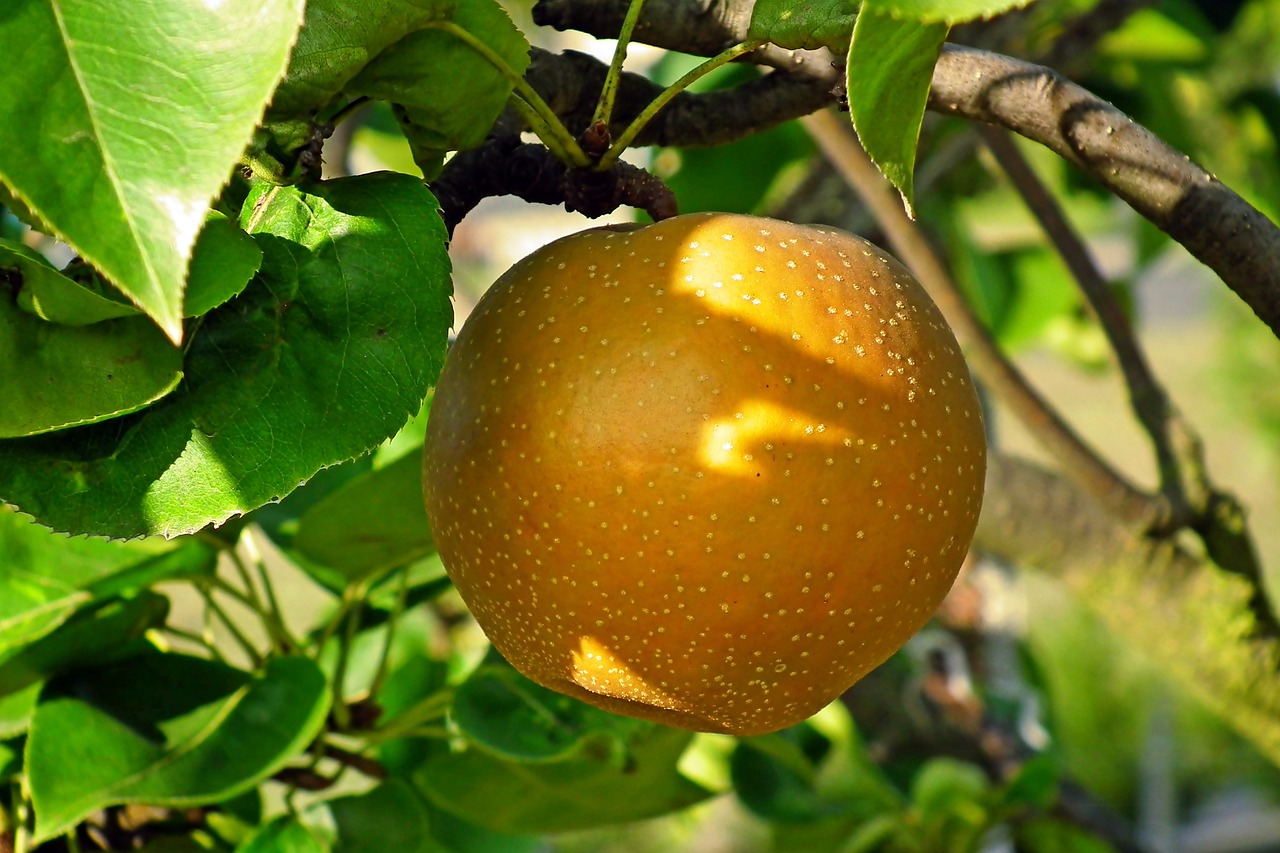 The Asian pear is a grainy fruit with a pear-like consistency and the shape of an apple. It’s native to Japan and China and known by many names like Japanese pear, Chinese pear, and apple pear. Regardless, there are many fruits you can use as an Asian pear substitute when needed.

Asian pears contain lots of low-acidity juice, making them a delight when eaten plain. Koreans, however, use Asian pear to marinate meat, giving it a sweet taste. And in Asian culture, people often give this fruit as a gift to friends.

This article offers the best substitutes for Asian pears and when best to use these substitutes.

What Are Asian Pears?

This fruit has floral undertones, and it’s filled with lots of juice, making it similar to a pineapple. Beneath its yellow-brown skin, the inside of the fruit is yellowish like a mango with a crunchy texture.

While they can be eaten raw, Asian pears are also used as a marinade ingredient to tenderize meat or flavor sauces. Many prefer peeling them and adding thin slices to their green salads, fruit salads, and coleslaw.

Sometimes these fruits go into baked goods such as muffins, quick bread, and tarts. Rich in Vitamin C, Asian pears can detoxify and are consumed to support bone growth and skin collagen production.

Asian pears are usually found in supermarkets and fruit markets but aren’t always available out of season. Few can afford them even when they are due to their high price. Luckily, many alternatives can match Asian pears in crunchiness, taste, and other characteristics, which are discussed below.

Anjou pears are a European alternative to Asian pears, as they’re loaded with sweet juices and share the same crunchy texture. These pears are also loaded with juice while retaining a firm texture. While red and green varieties are available, you can use either as they taste the same.

Although Anjou pears contain less juice and are crunchier, they make a good substitute for Asian pears. The fact that they’re easier on the pocket also makes it better. You can eat this pear raw or slice it into fruit salads.

Forelle pears are another Asian pear substitute that goes well with salads and other side dishes. This fruit is bell-shaped and smaller than the other types of pears. Nevertheless, it’s just as sweet as an Asian pear and crunchier.

The sweet and tangy taste of Forelle pears makes them an excellent snack, with their small size as a plus. Unfortunately, its overly crunchy texture makes Forelle pears a lousy choice for marinades.

Also known as the William pear, Bartlett pears are an excellent Asian pear substitute when you’re in the mood for marinades. This European pear is abundant in August, and they’re usually the first pears harvested in Washington. Bartlett pears contain plenty of juice and deliver a buttery texture.

This fruit is edible raw and is also used in various side dishes. While Bartlett pears are juicy, they’re not as crunchy as Asian pears. Hence, they’re great when you need a marinade or sauce substitute.

Bosc pears are an Asian pear alternative that would taste great in your salads and cheese platters. This pear is sweet, bears a floral aroma, and comes laden with an abundance of juice.

The Bosc pear tastes like cinnamon, nutmeg, and other fall spices. This makes it perfect when looking for an Asian pear substitute for your fruit platter. It goes well with cheddar, blue, and gouda cheese.

Bosc pears can also take the place of Asian pears in a baking recipe. You can also slice them into your coleslaws and salads or use them in your marinades.

While it’s not a pear, kiwi works well in meat marinades. Kiwi has an acidic essence with a sweet and tangy taste, making it similar to pineapples and strawberries.

This beloved fruit is a great Asian pear substitute for Korean recipes like bulgogi. When you mix milk with kiwi, the tough meat fibers become easier to eat. However, meat tenderized with kiwi has a slightly different taste, which is barely noticeable after cooking.

While Asian pears are fantastic in their own right, many alternatives above form suitable substitutes for them. It doesn’t matter if you’re looking for a fruity snack, a meat marinade substitute, or a cheaper option. An Asian pear substitute on the list will likely fit your needs.