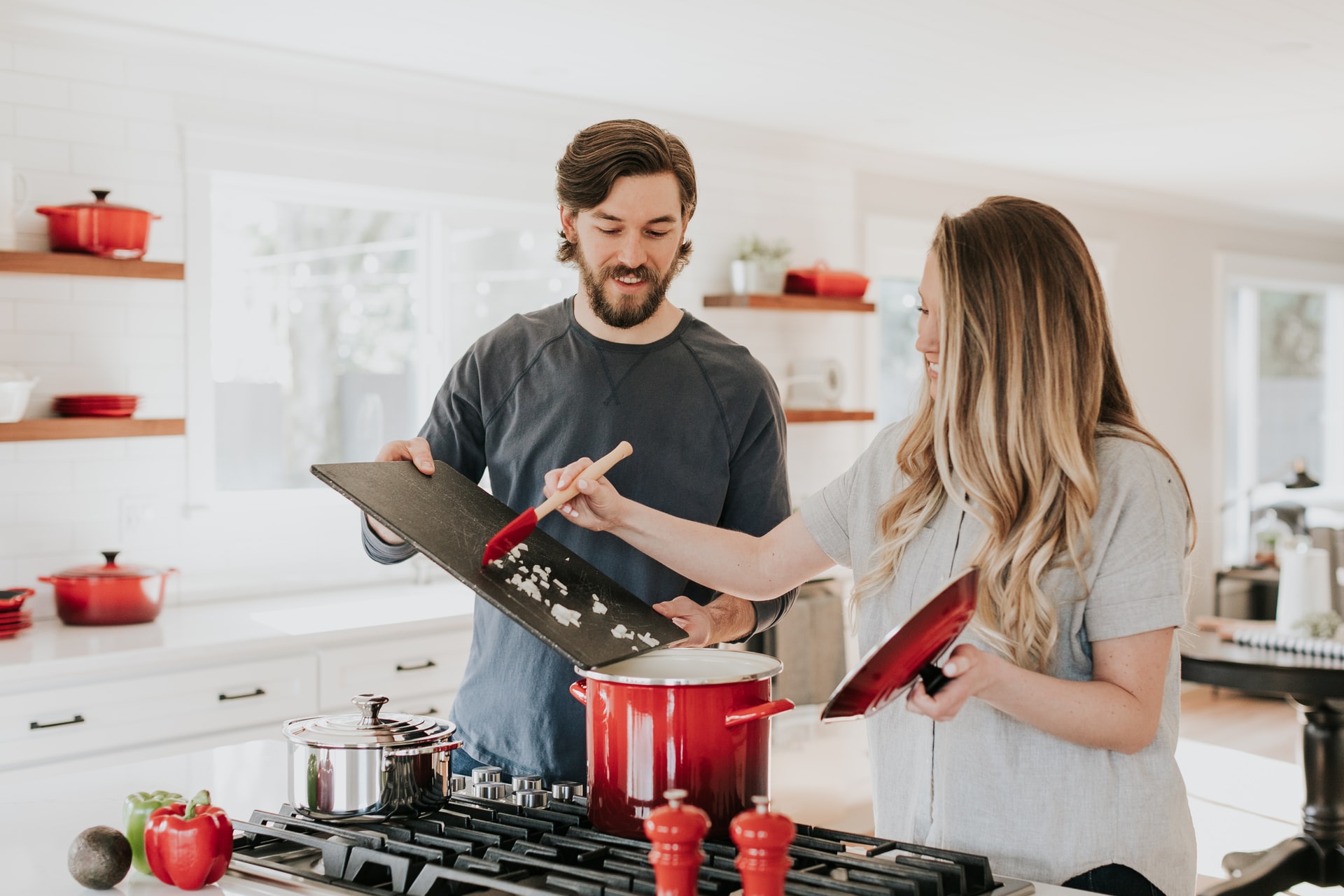 The stew vs. soup debate is a dispute as old as time. However, stew and soup have distinct flavor, texture, and consistency differences. But there’s no longer a need for confusion as our stew vs. soup comparison is about to clear any doubts.

Just thinking about stew gives us a warm fuzzy feeling inside. It’s a one-pot dish perfect for a chilly day, making it a filling meal for the entire family. Stew combines large-cut meat and vegetables, slow-cooked in stock or gravy to enhance the flavors.

It’s typically served warm and has a thick and chunky consistency. Most people add specific cuts of meat to their stew and simmer on a medium-low flame for a prolonged period. The liquid reduces to a thick gravy as it cooks, and the stew is often served on rice, mashed potatoes, or couscous.

Soup is one of the oldest recipes that remains a staple globally. Soups are packed with different flavors depending on the ingredients. Some soups are very thin and liquid-like, while others can be thicker and somewhat chunky. Most soups comprise cooked and disintegrated or blended vegetables, meats, and/or legumes.

Soup is prepared by boiling the ingredients to eventually form a thick or thin liquid. The long cooking process draws out the flavors of the ingredients creating a broth. The end product can be chunky, brothy, pureed, or thick and creamy. Soup is typically served with bread or rolls on the side and is sometimes topped with croutons, cheese, or cream.

Stew Vs. Soup: What’s The Difference?

While both stew and soup can stand alone as a hearty meal, they vary widely in flavor and texture.

Texture is the primary difference when comparing stew vs. soup. Soup contains more liquid broth than stew. It usually has a smooth or pureed texture. But stew is much heartier and thicker. The large-cut vegetables and meat are not cooked down and blended like they are in a soup. Therefore, stew is far chunkier.

Another difference lies in the ingredients used. The meat used in soup is typically the kind that becomes soft and falls apart when boiled. Vegetables incorporated into soup would be those that can be blended or pureed after cooking. And broth is the base component of soup.

On the other hand, stew contains chunks of meat and vegetables simmered down in a flavorful liquid. And the meat is usually chewier. While stew does contain some broth, it is just enough to tenderize the meat and infuse flavors.

Another difference when comparing stew vs. soup is the cooking time. Some soups can be prepared in as little as 30 minutes using an instant pot. On the other hand, stews are cooked slowly, allowing the ingredients to simmer in a broth.

While soup and stew are similar in many ways, they differ in texture, ingredients, and cooking time. With the above information on hand, there should no longer be any confusion when doing a stew vs. soup comparison.