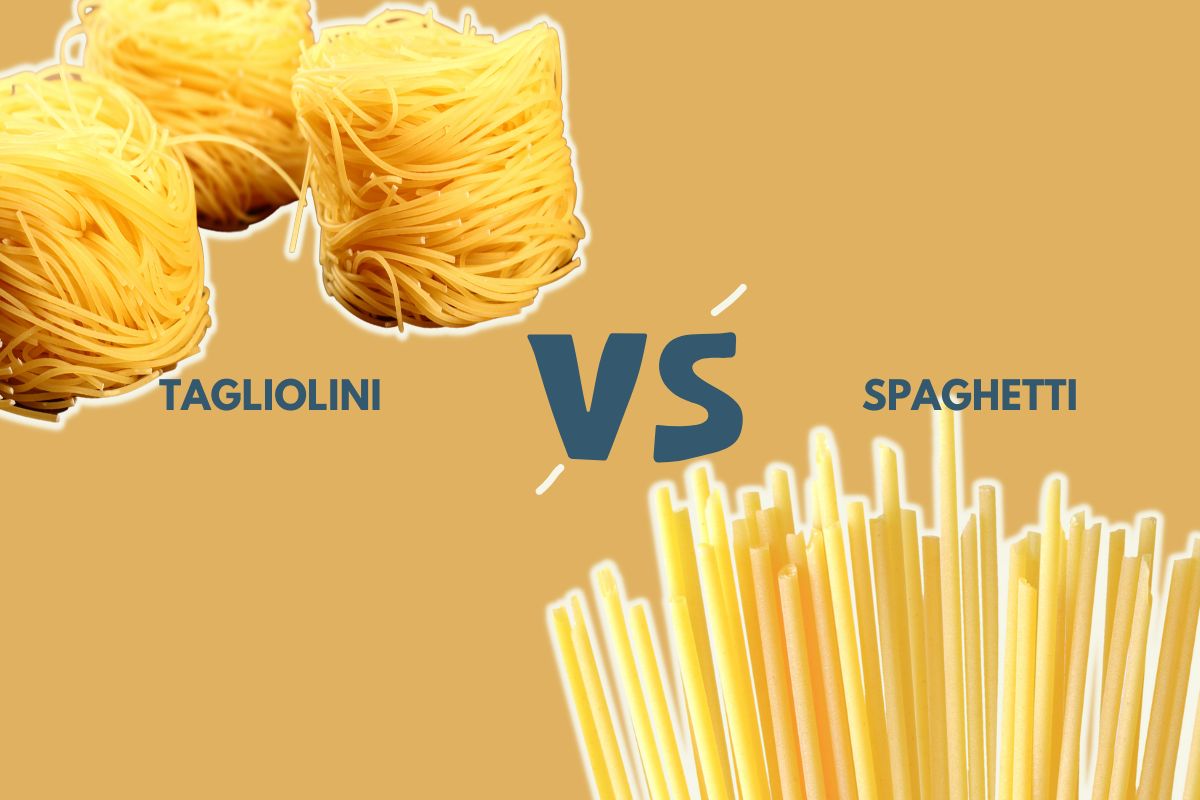 Have you ever wondered what the difference is between tagliolini and spaghetti? This article explores the primary distinctions between the two pasta varieties. But first, let’s take a closer look at each.

Summary: Tagliolini is thicker than spaghetti and also contains egg which can affect the total calories in a serving.

Tagliolini is a type of long ribbon pasta with a width of 1-3 mm. It is very similar to tagliatelle. This pasta originated from the regions of Molise and Piedmont in Italy. And it’s made of a dough that incorporates eggs.

Sometimes the strands of tagliolini are cylindrical instead of flat. This pasta variety is typically served with truffles and butter or a sauce made from roast meat drippings. Tagliolini works best with light, thin sauces because of how thin the strands are.

Spaghetti is one of the most renowned pasta varieties. It is a strand type of pasta with a cylindrical shape and significant density.

Spaghetti is incredibly versatile and pairs perfectly with a vast range of sauces. However, it works best with creamy and more oily sauce than others. This pasta is known for pairing well with tomato sauce and meatballs. And it’s considered one of Italy’s staple pastas.

Tagliolini Vs. Spaghetti: What’s the Difference?

Tagliolini and spaghetti may have some things in common, but they have quite a few differences. This article lists those differences and more. When you can identify tagliolini vs. spaghetti, you’re a step closer to elevating your knowledge of Italian cuisine.