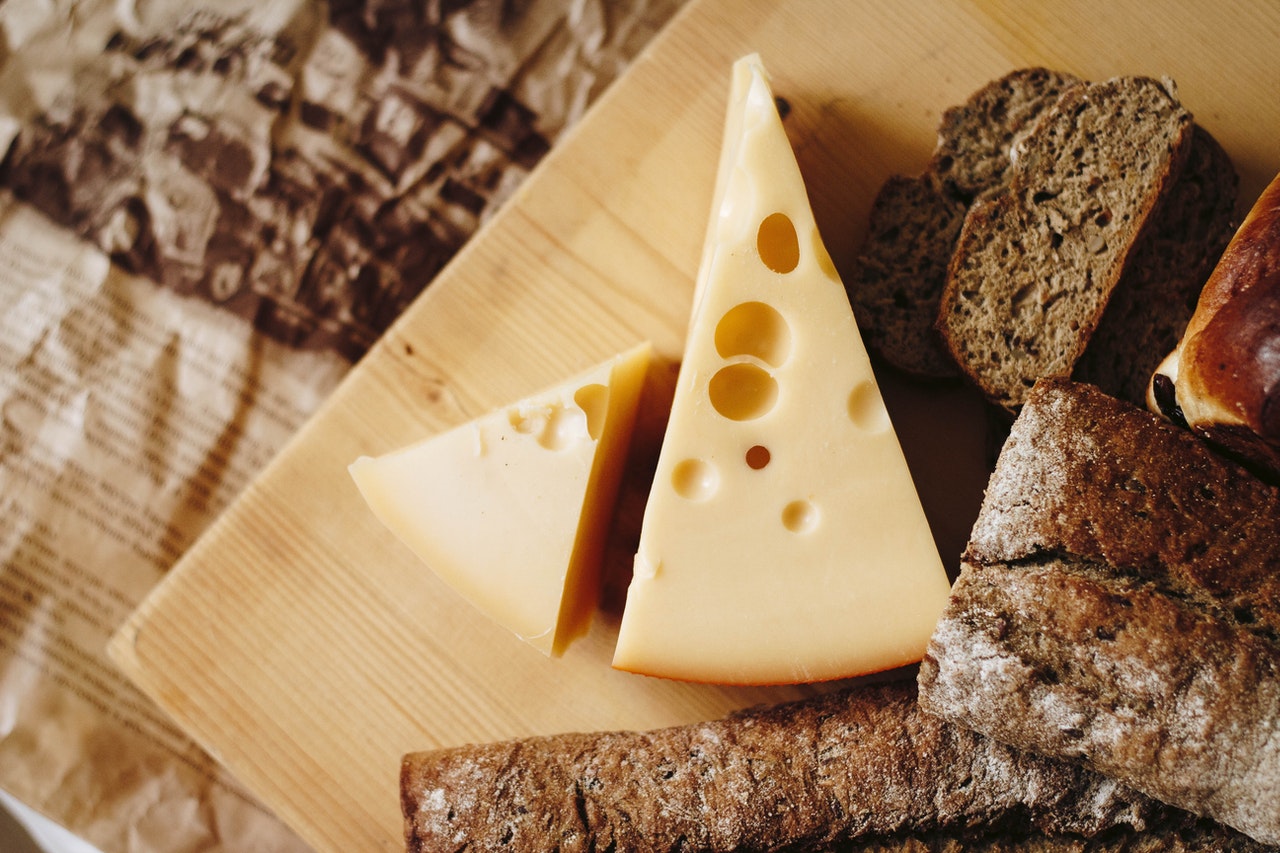 Saganaki cheese substitutes are commonly used in a Greek dish called Saganaki. The origin of Saganaki is linked to when peasants in Greece started frying different cheeses to enhance their taste.

In fact, Saganaki is a Greek appetizer cooked in small heavy-bottomed pans called a Saganis. While there are fish Saganaki recipes, cheese Saganaki is more common. It is a golden-crusted cheese appetizer with a gooey center served with Greek Moussaka and a wedge of lime.

Saganaki is typically made using Kefalotyri cheese, flour, and oil. It is prepared by dipping the cheese in flour and shallow frying it in a heavy-bottomed pan with a bit of oil. Sometimes Saganaki is flambéed with ouzo or Greek brandy and referred to as flaming Saganaki.

Any saganaki cheese substitutes you use to make Saganaki cheese appetizers must hold up well to heat. Here are a few suggestions.

Kasseri, a mouthwatering Greek cheese, is a staple table cheese in many Greek homes. It’s a pale-yellow cheese made from goat’s and sheep’s milk with an intense aroma.

This Saganaki cheese substitute is aged for four months. And this is when it develops unique salty flavors and great texture.

Its consistency and flavor are why it’s one of the Greek cheese substitutes used to make Saganaki. It remains firm on the outside and soft inside with a stringy texture when grilled or fried.

You can have Kasseri Saganaki with a simple tomato salad or on its own with some lemon. Kasseri cheese is also used to make pastries and sandwiches.

Kefalograviera cheese is a Greek cheese made from goat’s and sheep’s milk or ewe’s milk. It is a hard, yellow cheese aged for 3 months with a firm texture and salty flavor.

This is one of the substitutes for Saganaki cheese that hold up well to grilling and frying. And it will offer your dish an inviting aroma and salty taste.

Apart from Saganaki, Kefalograviera can also often be sprinkled on pasta. You can buy it in Mediterranean and Greek specialty markets or local Greek delis.

Cypriot Halloumi has a high melting point, so it is one of the best cheeses for grilling.

When Cypriot Halloumi is used in Saganaki, it goes darker than other Saganaki cheese substitutes. It also has a rubbery texture which results in a squeak when chewed.

Cypriot Halloumi Saganaki is often served with cured pork called Lounza or as a breakfast dish. It is also frequently eaten with pita bread and salad in many places.

Feta, also known as pickled cheese, is made from sheep’s or goat’s milk aged for several weeks. It has a sharp, salty flavor and a creamy texture.

It is the perfect accompaniment to salads, stews, and meat dishes. You can also crumble Feta cheese over roasted veggies or serve it as an appetizer with baguettes, olives, and meats.

Moderately creamy Feta is one of the best Saganaki cheese substitutes due to its high-fat content. It makes creamy, delicious Saganaki that will melt in your mouth.

Serve it with a drizzle of honey and some sesame seeds or a squeeze of lemon for a tasty appetizer or snack.

Monterey Jack is one of the American substitutes for Saganaki cheese, with excellent melting properties. It’s a pale-yellow cheese with a supple texture and buttery flavors.

This US delight has a high moisture and fat content, making it ideal for Mexican recipes. It also adds fantastic flavors to pasta casseroles, mac and cheese, soups, and cheese dips.

You could use plain Monterey Jack to fry Saganaki or its flavored versions such as garlic or hot pepper Monterey Jack.

Fried Saganaki made from Pepper Monterey Jack with marinara sauce is a popular appetizer.

Young Pecorino is another Saganaki cheese substitute ideal for Saganaki recipes. It’s pale in color, semi-soft, and moist with a tangy flavor and grassy aroma.

This soft, saturated cheese is made from sheep’s milk. And cheesemakers age Young Pecorino for anywhere from 60 to 90 days.

It has a milky, sweet flavor that’s great in appetizers, pasta dishes like Ravioli, and Saganaki recipes.

While Young Pecorino makes a great Saganaki, you can also use Romano Pecorino in your Saganaki recipes.

Saganaki is best served hot. And is sometimes served in restaurants with some showmanship as a flambé. Therefore, when looking for Saganaki cheese substitutes, choose a cheese that will hold up well under heat.

The cheese you choose for your Saganaki must deliver a firm, crisp crust and a soft gooey center when fried or grilled. No matter which of the above substitutes you choose, your Saganaki is bound to impress.