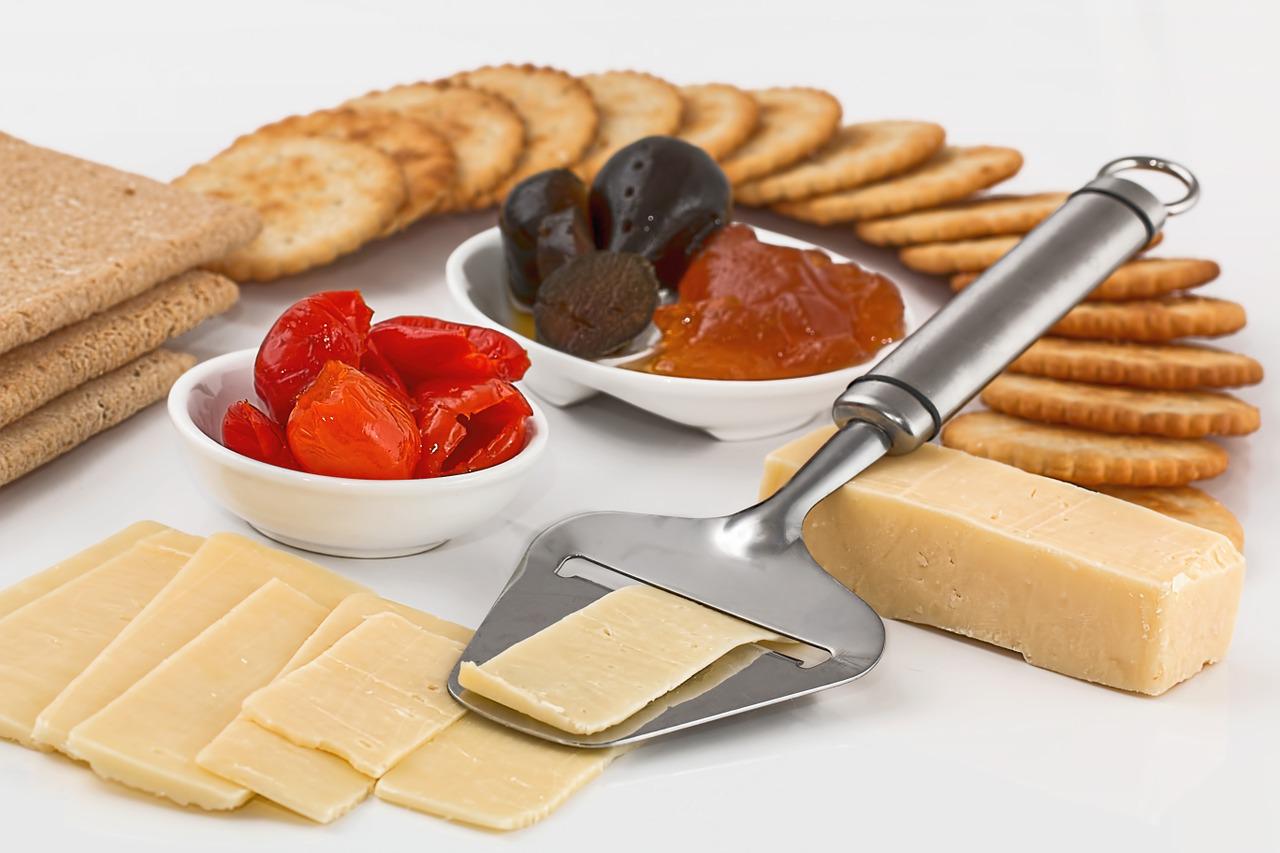 Kasseri Cheese is one of the most sought-after Greek cheeses. Kasseri, also known as Kaser or Ksara, has a unique texture and flavor. It is often served with pastries, in sandwiches, and on omelets.

Kasseri is a traditional Greek cheese made from pasteurized sheep’s and goat’s milk. It is a salty, sharp-tasting cheese with sweet undertones and an elastic texture.

It is usually used as a table cheese in Greece and Turkey and is served at room temperature. You can grill, sauté, or fry Kasseri cheese because it has excellent melting properties.

You’ll know how versatile kasseri cheese is and the many recipes you can make with it if you enjoy cooking. If you ever run out of Kasseri cheese, here are some substitutes you can try.

Mozzarella has a springy texture and excellent melting properties like Kasseri cheese. It’s one of the kasseri cheese substitutes you can use for baking or as a pizza topping. There are many types of Mozzarella, such as Fresh Mozzarella, Buffalo Mozzarella, and Smoked Mozzarella.

Mozzarella’s mildness makes it one of the best substitutes for Kasseri cheese for anyone who doesn’t like strong cheese. It is creamy and smooth when melted, making it a perfect addition to pasta and sliders. You will also find it used in Greek dishes like Kasseropita.

Caciocavallo is a pasta filata cheese from Southern Italy shaped like a teardrop. It is a spongy cheese made from sheep’s or cow’s milk with a tangy, salty flavor. However, young Caciocavallo cheeses are mild.

This delicate cheese is similar in texture to Kasseri and is often melted over pastries and pasta. You can also eat slices of it with fruit. And Caciocavallo is often included in antipasto platters.

Provolone is a semi-hard cheese from South Italy similar to Caciocavallo and an excellent Kasseri cheese substitute. Just like Kasseri cheese, it belongs to the pasta filata family.

This cheese tastes better when aged and is usually allowed to mature for about 4 months. If you are looking for substitutes for Kasseri cheese, you can melt or grill. Provolone is a good option. It is often used in fondues or grilled sandwiches.

Pecorino Romano is a firm, chalky cheese that makes an excellent substitute for Kasseri. Its name is derived from “Pecora,” an Italian word meaning sheep. Some people say it’s called Romano because it originates from Rome.

Pecorino is characterized by a salty, nutty flavor and a firm, chalky texture. And some examples of Pecorino cheeses are Pecorino Sardo, Pecorino Toscano, and Pecorino Siciliano. Unlike Kasseri, which is mainly used in pasta, Pecorino is also used in stews, soups, and sauces.

Kefalotyri is among the Kasseri cheese substitutes with a tangy and salty flavor. It is referred to by many as a predecessor to hard Greek cheeses. This prominent cheese is creamy when cooked, but it’s also suitable for flambéing and grilling. That makes it an excellent substitute for Kasseri, which is why it is often used in Greek dishes.

Kefalotyri is one of the Kasseri cheese substitutes you can combine with cheeses like Feta. And you can use it to make Greek recipes such as Saganaki. When combined with red wine, Kefalotyri also pairs well with fruits like grapes and figs.

Asiago is a nutty-tasting cow’s milk cheese with a sharp flavor that makes an excellent Kasseri cheese substitute. Depending on how long it is aged, you will find it in different textures, from crumbly to smooth.

This earthy cheese is used as a condiment or grated into soups, casseroles, and sauces. You can also use slices of it on paninis and sandwiches. Some people also melt it on fruits such as cantaloupe.

Colby cheese is a mild cow’s cheese similar in flavor to Kasseri cheese. It is named after the town of Colby in Wisconsin.

This US favorite tastes like cheddar and is often grated over baked dishes and grilled foods. It is aged for a short time, giving it a sweet, tangy flavor. It’s often used in Mexican dishes such as fajitas, tacos, and enchiladas because it’s an excellent shredding cheese.

Kasseri is one of the most famous Greek cheeses. It has an agreeable texture and pleasantly salty flavor that enhances the taste of food depending on how long it’s aged. You’ll find it in Meze platters as an appetizer or in traditional dishes such as Greek Saganaki.

When it’s unavailable, you can use any of the Kasseri cheese substitutes mentioned above. Some are readily available in grocery stores, while you may find others in specialty cheese stores.