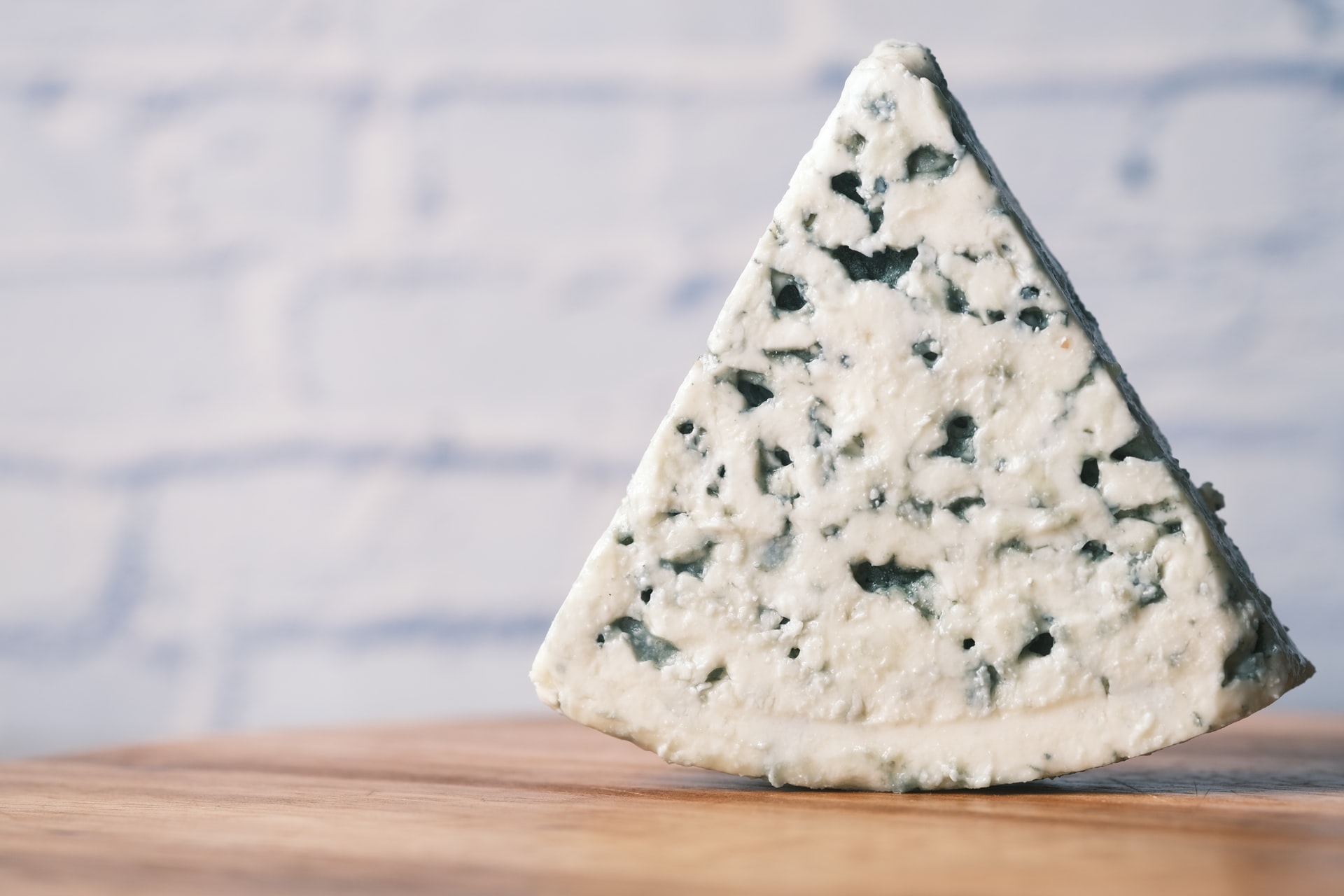 Cheese, irrespective of its kind, can be pretty addictive. While some prefer a mildly acidic or sweeter cheese, like ricotta, others appreciate a more complex flavor like Roquefort or blue cheese.

These two might look the same, but they have certain characteristics that make each unique. This article will examine  Roquefort vs. blue cheese and highlight the differences.

One can use different kinds of milk to make blue cheese, each bearing its characteristic flavor. On the other hand, one can only make Roquefort cheese from sheep’s milk.

The different versions of blue cheese are produced worldwide, including in France, Italy, North America, and Europe. In comparison, Roquefort cheese is only produced in the natural caves in the southern part of France.

What is Roquefort Cheese?

Roquefort is a classic blue mold cheese widely popular in southern France. It is one of the most renowned blue cheese variants that illustrates French artistry. The blue veins stretching across the cheese can easily recognize the Roquefort cheese.

This cheese gets its unique taste and features from a specific aging process. This takes place in caves in the South of France.

Roquefort is a distinct type of blue cheese made from ewe’s or sheep’s milk. This cheese has a moist yet crumbly texture. And its flavor is intricate and intense. While Roquefort cheese is creamy and aromatic, the blue veins give sharp and tangy nuances.

The traditional Roquefort cheese has no artificial flavoring or preservatives and is unpasteurized and gluten-free.

What is Blue Cheese?

Blue cheese is a semi-soft cheese with a sharp and intense flavor. And legend has it that it was invented by accident during the middle ages.

In the seventh century, a cube of cheese was stored in temperature-controlled caves. Someone accidentally left a half-eaten loaf of bread in the cave and, upon his return, discovered that the cube of cheese had turned into blue cheese.

Blue cheese is now commercially cultured with the mold of the genus Penicillium. The mold gives the cheese distinctive shades of blue and green.

There are different varieties of blue cheese, and all have their characteristic taste and smell. Depending upon their type, the texture and flavor may vary from soft, creamy, and mildly earthy to crumbly, weepy, and salty.

When examining Roquefort vs. blue cheese, we discover that they look similar and have different flavors and textures. Blue cheese comprises a group of various cheeses, one of which is Roquefort cheese.

You can find different types of blue cheeses all around the globe. However, Roquefort cheese is highly regarded in France as one of the first blue cheeses ever made.