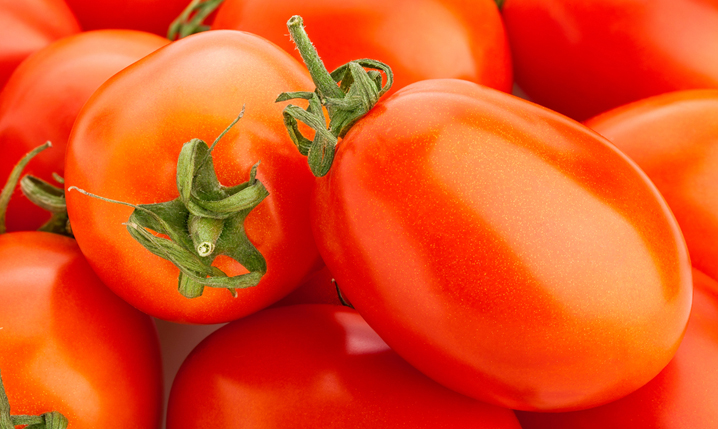 For lovers of cooking, there is no tomato more prized for its versatility than the plum tomato. This much-loved tomato is also synonymous with Italian cuisine and is an important ingredient in many dishes. If you need a plum tomato substitute, read on to find the best options.

What Are Plum Tomatoes?

Plum tomatoes are the base for the best tomato-based sauces because of their low water content, optimal acidity, and proper sweetness levels. In addition, the low water contents make plum tomato particularly suited to creating the right consistency for pastes and sauces.

Distinguishable from other tomatoes due to their oblong appearance, plum tomatoes also have few seeds and are found in their whole form most easily in the canned foods section of the grocery stores.

Moreover, if you need a substitute, you should know that finding a suitable replacement for plum tomatoes isn’t difficult since they are present in more products than you’d think.

Here are your options.

You can also look out for canned diced tomatoes in your kitchen pantry or at the store. These tomatoes are almost always plum tomatoes that have been ready-diced and prepared for convenience in recipes that require diced tomatoes.

They make an excellent plum tomatoes substitute in any situation.

Tomato puree is a winning substitution for plum tomatoes as this sauce is generally made with plum tomatoes that are cooked and reduced.

You will get the usual flavor minus the texture with tomato puree, which can work well for many recipes like homemade tomato sauce. Just make sure that you buy tomato puree without any added ingredients.

Campari tomatoes are medium-sized tomatoes known for being juicy and sweet. They have a lot more water content than plum tomatoes, but this can be offset by cooking them for longer than you would with plum tomatoes to allow more liquid to release and reduce. You can also crush them during the cooking process to give them a more similar consistency.

While the flavor of camparis isn’t as comparable to regular plum tomatoes, they make an excellent substitute for them because of the texture and consistency similarities.

Unfortunately, many options don’t offer the semi-liquid consistency you’ll want from plum tomatoes in recipes like those for marinara sauce. That’s where campari tomatoes really shine as a replacement for the plum tomato.

The thick and dense cousin of tomato puree! Tomato paste is a delicious rich plum tomato-based paste that you can combine with other ingredients such as tomato puree, water, and whole tomatoes to create bases for pizzas, sauces, and more.

Unlike tomato paste, you won’t get the same richness of flavor from grape tomatoes. Instead, you will get a tomato that looks like a small plum tomato.

Grape tomatoes are bigger than cherry tomatoes and aren’t quite so sweet, which means they make a better option when replacing plum tomatoes in a recipe.

While these don’t have quite the right flavor like puree or paste, they do add some texture for those craving the right consistency from a swap. This fact makes grape tomatoes an excellent mid-ground alternative, giving the best of both worlds, so you don’t have to compromise on either flavor or texture entirely.

Unfortunately, grape tomatoes can be hard to come by in stores, especially out of season. Ultimately, that’s the only reason that they’re not higher on this list.

Beefsteak tomatoes are last but not least on this list, making a suitable replacement to plum tomatoes for cooking sauces and crushed tomatoes.

Like plum varieties, the beefsteak tomato has lower water content and fewer seeds. The main difference between the two other than size and shape is the taste. Beefsteaks have a milder flavor, so chefs generally prefer plum tomatoes.

That said, these can make an excellent substitute in sauces where you’ll be adding extra ingredients.

Substitute plum tomatoes for beefsteaks and vice versa when looking for a fleshier sauce.

Other tomatoes are not suitable replacements due to too much water content, such as the super sweet cherry tomato, which could unbalance your dish. In addition, sun-dried tomatoes, with their tough skins, can add bitterness to your dish, leading to you needing to fix your acidic tomato sauce.

Note: You should know that popular suggestions such as Roma tomatoes and San Marzano tomatoes are, in fact, plum tomatoes themselves.

Any of the options on this list will make a workable replacement, and for the suitable recipes, they’ll make an excellent substitution.