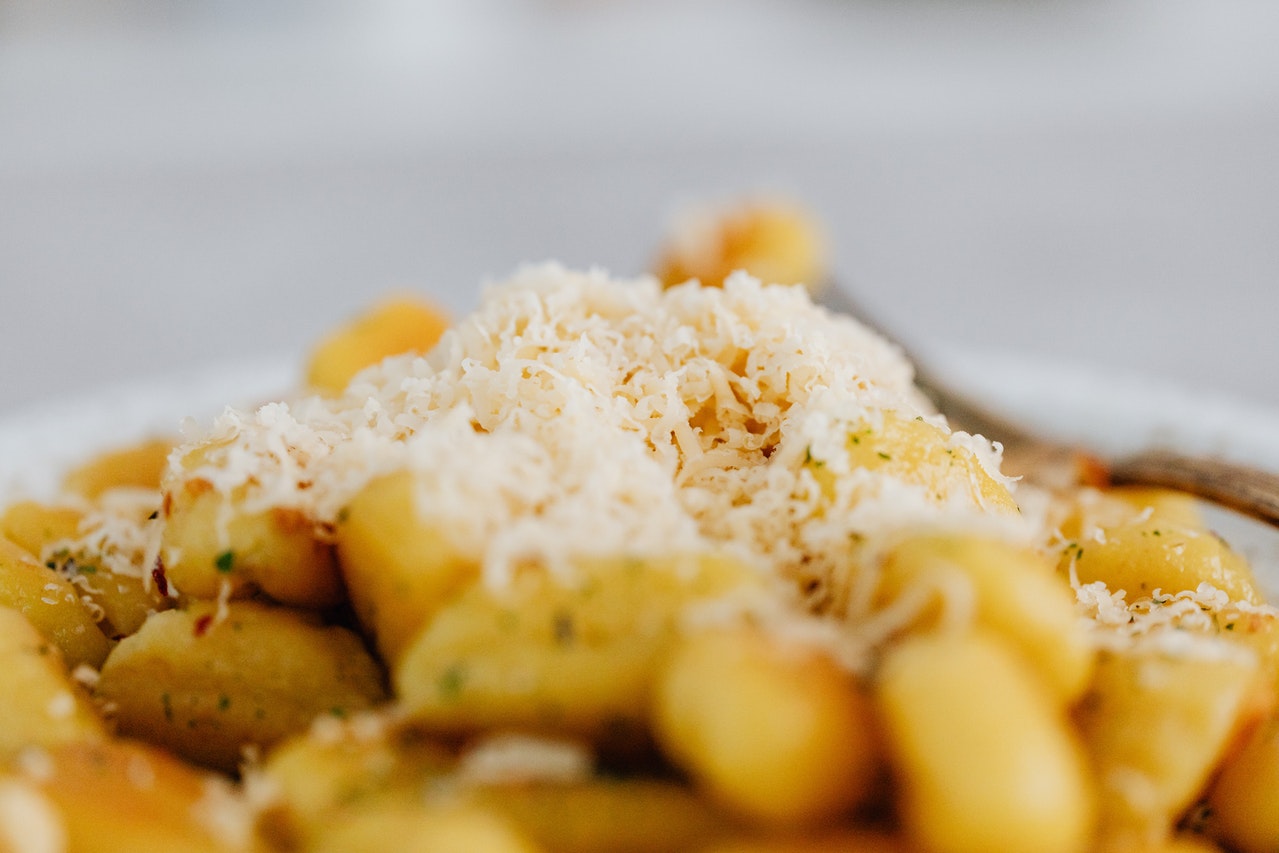 Mizithra, also known as Myzithra cheese, is a fresh whey cheese from Crete, Greece. It’s made by curdling goat’s or sheep’s milk. The curd is then poured into a cheesecloth bag and dried for a few days. The drying curd becomes a sweet, soft mass of Mizithra cheese that you can use in baked or eat as is.

There is a fresh Mizithra cheese version and an aged one. Fresh Mizithra is white, moist, and creamy with a sweet milky taste. You can use it as a table cheese or crumble it over fruit with honey as a dessert. Aged Mizithra cheese tastes salty and is often crumbled over casseroles, pasta, and salads.

Mascarpone cheese is a slightly sweet, creamy, and spreadable Italian cheese. And it also contains a high amount of saturated fat. Therefore, it’s best to consume it as a treat.

It’s made from heavy cream and is used as a topping on desserts like cheesecake and fruit salads. You can also add Mascarpone to savory dishes such as soups to thicken them.

Ricotta Salata is an Italian cheese made of whey aged for over three months. Its fresh version is white, creamy, and sweet, making it one of the best Mizithra cheese substitutes.

This delightful cheese is often eaten over sweet desserts and baked dishes. Like aged and salted Mizithra, Aged Ricotta Salata is also perfect over pasta and salads.

Kefalotyri is a salty hard Greek cheese from Cyprus made using sheep’s or goat’s milk. It’s typically aged from 2 months to a year, gaining flavor as it matures.

The flavor of Kefalotyri is similar to Gruyere but with a bit more salt. It’s traditionally served on Saganaki, a Greek cheese appetizer. But you can also grate it over stews, sauces, veggies, and meats. Kefalotyri is also often added to cheese boards with fruits like figs alongside red wine.

A white goat’s milk cheese from Greece, Feta cheese is another ideal substitute for Mizithra cheese. It’s a tangy, salty table cheese that is aged in brine.

Being of a crumbly consistency, Feta is often sprinkled over baked dishes and is sometimes included in savory pastries. You can also add it to sauces, soups, and salads.

Cotija is a hard and dry Mexican cheese made from cow’s milk with a salty, milky flavor. It’s a crumbly cheese named after a town in the Mexican state of Michoacan called Cotija de la Paz.

There is a fresh soft version of Cotija cheese and an aged version. This one of the substitutes for Mizithra cheese is excellent on soups and salads due to its tangy, salty flavor. Crumble it over grilled corn, tacos, black bean soup, or include it on a charcuterie board for a delicious treat.

One of the popular Italian Mizithra cheese substitutes is Pecorino Romano. It’s a hard, salty, aged cheese made from sheep’s milk.

Pecorino is best grated over pasta, pizzas, and soups due to its earthy, robust flavor. It’s considered one of the healthiest cheeses due to its conjugated linoleic acid content.

Another choice in the list of substitutes for Mizithra cheese is Greek Manouri cheese. Manouri is made from goat’s or sheep’s milk and is a by-product of the feta-making process.

Manouri cheese can be used similarly to yogurt. And it can be added to pastries with honey or crumbled on salads. It’s high in fat and tastes like fresh yogurt, with a light aroma and slightly sour taste. Manouri also blends well with other cheeses and is often used on cheese boards.

Parmesan is a well-loved Italian cheese and one of the perfect substitutes for Mizithra cheese. It’s produced in the Northern Italian regions of Parma, Bologna, and Reggio, among other provinces.

The process of making Parmesan cheese dates back to the middle ages when Italian monks made dry cheese. Parmesan’s nutty, salty flavor and grainy texture make it a great addition to pasta, salad, and pizza. You can also add Parmesan to creamy chicken, garlic bread, lasagna, and stuffed veggies.

Now you have several substitutes for Mizithra cheese to use when you need them. Mizithra is described by many as the tastiest cheese in the world. In fact, some say it’s the most popular cheese on the Island of Crete. You’ll understand why when you have a taste of it.