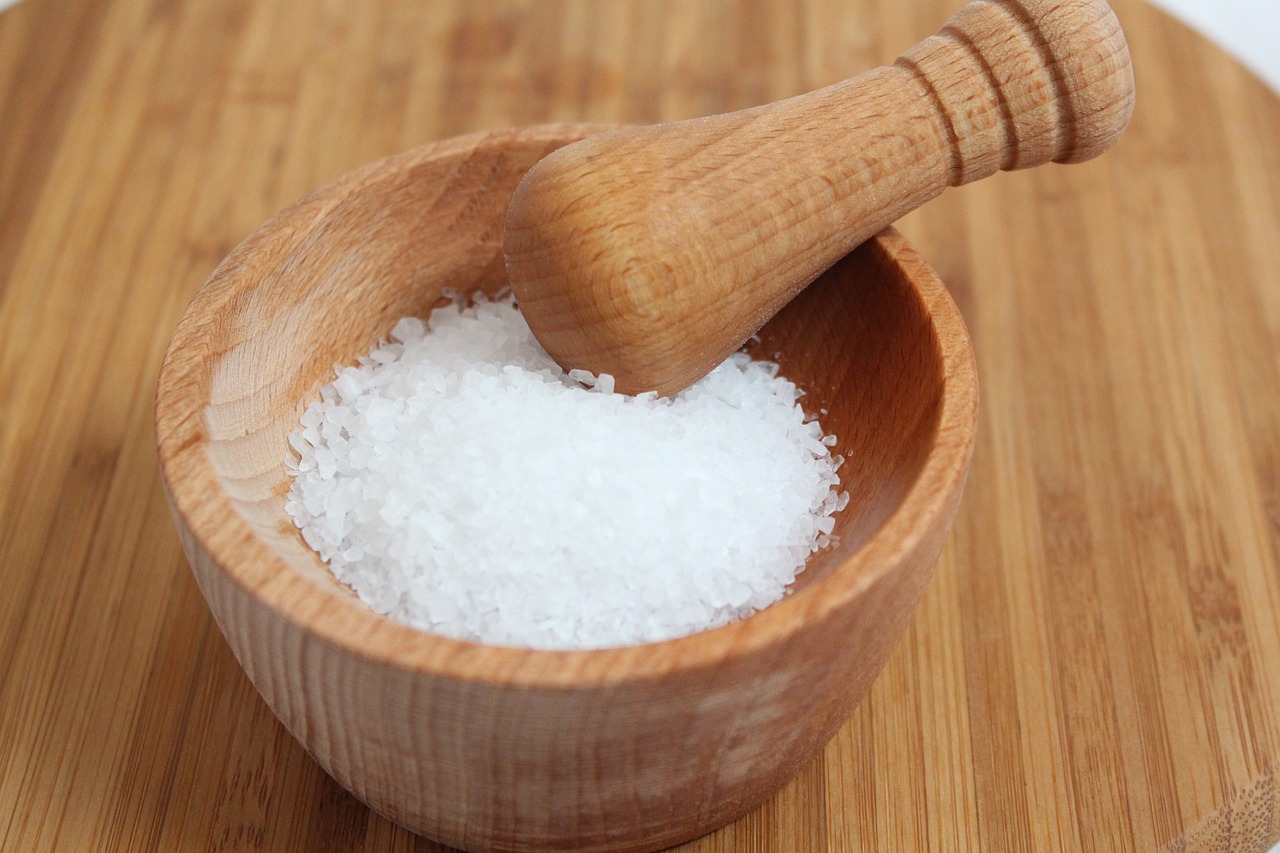 Kosher salt is a type of sea salt with a coarse grain and no iodine content. It is made from evaporated brine or seawater passing through fine rocky remnants. The result is often pyramidal or flat-grained salt.

But there are several popular salts you can use as a kosher salt substitute if you can’t find it. When you hear Kosher salt, you might think it is affiliated with the Jewish community. The notion is not entirely false.

Kosher salt was used in the past by the Jewish for kosher meat. They would use the salt to draw excess moisture from the meat. The coarse-grained salt hastened the koshering process and became a staple.

This article will show you some substitutes for kosher salt, the appropriate ratio, and how to use it.

What Is Kosher Salt?

Kosher salt is a reliable salt often found in several home and professional kitchens across the country. It has its origins in North America. And it is often referred to as rock salt, koshering salt, or salt flakes.

As mentioned, kosher salt comes in flat or pyramidal forms. But the manufacturing process determines the shape. Cubic salt crystals are forced into flat shapes due to the pressure generated by rollers during production.

On the other hand, the process of evaporation of brine, commonly referred to as the Alberger process, forms pyramidal shapes.

Kosher salt is commonly used for cooking and preserving food. And it can also be used by bartenders to rim cocktail glasses.

Many chefs favor the grittiness and coarseness of kosher salt compared to the fine texture of other salt types. The salty nature is also well pronounced, unlike the other variants.

This is because kosher salt contains no additives. There are several other salts and seasonings that you can use as a kosher salt replacement. Let’s take a look at the best alternatives available.

Himalayan pink salt, also known as flaky sea salt, is a fine kosher salt substitute. It has the same coarse crunchiness and the same density. And like kosher salt, this alternative has no iodine content.

This salt is native to the Punjab region of Pakistan. It is mined from the Salt Range mountains. And its name refers to its distinctive pink color, derived from calcium, potassium, and magnesium mineral deposits. These minerals are impurities that come from the rock crystals in the mountains.

Table salt is the most familiar type of salt and frequents dining room tables across the globe. Although it has a finer texture than kosher salt, it is an ideal substitute.

However, its fine grain makes it hard to control the amount added to food. As such, some might add too much salt to their dishes by accident.

Table salt also has common additives like fluoride and iodine and can impart a bitter taste to the food. To replace kosher salt, use ¾ teaspoon of table salt for every teaspoon of kosher salt.

Fine sea salt is another recommended kosher salt substitute you can try. This is essentially sea salt ground to a fine powder.

But remember that the quantity of finely textured salt is always less than that of coarse-grained salt. The correct ratio for replacement is ¾ teaspoon of fine sea salt for every teaspoon of kosher salt.

As the name suggests, this salt is mainly used to preserve foods. It is also known as canning or preserving salt. And it’s a perfect substitute for kosher salt due to its zero iodine and additives content. The salt also has an anti-caking agent added.

This salt is best used in koshering meat and for preserving food. You can also use it in meals that specify kosher salt as part of the recipe. Always remember that although this is a kosher salt substitute, it has a fine texture.

This is an unpopular kosher salt substitute native to the Hawaiian islands. Its distinctive color is due to the iron oxide present around the volcanoes where the salt is found.

Hawaiian red salt’s earthy taste distinguishes it from other salt varieties. And is best used to cure salmon and pork. But it can also be used in traditional Hawaiian dishes.

As an alternative, replace every teaspoonful of kosher salt with an equal amount of Hawaiian red salt.

Fleur de sel is an expensive salt and can be traced back to France, where it is collected after salt water evaporates. It’s one of the purest salt forms and comes in delicate flakes. And it’s also not as salty as other salt variants.

This costly salt can stand as a kosher salt substitute in salads, meat dishes, vegetable dishes, and even soups. Like many other types of sale, it can be used as a flavor enhancer and garnish. Due to its reduced saltiness, replace 1¼ teaspoon of kosher salt with 1 teaspoonful of fleur de sel.

It’s important to note that not all kosher salt alternatives will give the desired taste. Salt variants have various additives and densities and may not replace perfectly. Pay attention to the grain size, as this would also affect the overall measurement when using any kosher salt substitute.