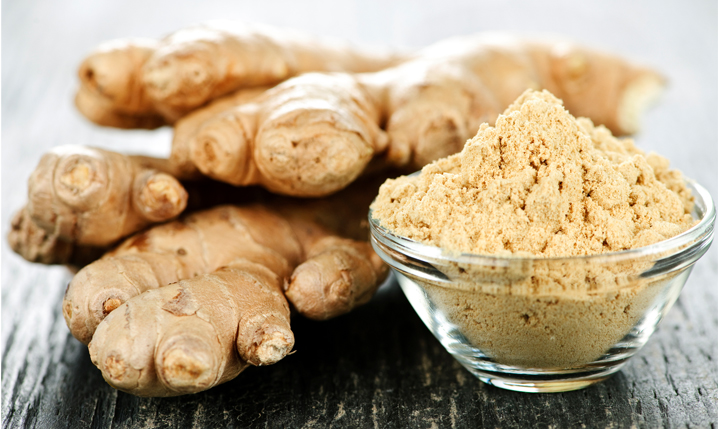 Ground ginger is ginger that’s been dried and ground into a fine powder. Ginger originated in Southeast Asia, and fresh and ground ginger are common ingredients in Asian cuisine. But if you’re looking for a suitable substitute for ground ginger, our list of potential replacements will do the trick.

This unique spice provides a distinct flavor boost to any dish it’s added to. And it’s traditionally used in curries, stir-fries, and other Eastern or Asian cuisines. However, ground ginger has become a common additive to many other dishes worldwide.

In this article, we’ll reveal the most ideal replacements for ground ginger and how to use them for the best results.

What is Ground Ginger?

Ground ginger, also known as ginger powder, is produced by grinding dried ginger root to a fine powder. It’s most often used in baked goods in its dry, ground form. However, it is also commonly added to dishes that call for fresh ginger, such as curries, stews, and braises.

The flavor of ground ginger is much milder than that of fresh ginger. However, when incorporated into a dish, it still adds a peppery heat and earthy, sweet taste. Using high-quality ground ginger provides a more robust flavor closer to fresh ginger.

This unique spice marries well with other warm spices such as nutmeg, cloves, and cinnamon. And ground ginger can help to calm an upset stomach and is said to ward off colds and flu.

There are various alternatives to ground ginger, depending on what you’re preparing. Whether you’ve run out or simply would prefer to use something else, our list of replacement options offers a solution for you.

Allspice is a spice manufactured from the dried berries of the allspice tree that resemble peppercorns. Despite its origin, many mistakenly believe it to be a mixture of spices. The allspice tree, sometimes called the pimento tree, is native to Jamaica.

Both savory stews and desserts can benefit from the sweet flavor that allspice provides. Use the same amount of ground allspice when replacing the ginger, as specified in your recipe.

Ginger and galangal are both rhizomes. These are plants with subterranean stems with nodes with multiple roots and shoots growing from them. You can substitute galangal for fresh ginger at a ratio of 1:1 because their flavors are similar overall. The same is true when using it as a substitute for ground ginger.

Galangal is a fantastic substitute for ground ginger in curries, stews, soups, etc. But be aware that galangal delivers piney and lemony undertones in taste that ground ginger does not.

Turmeric is derived from a tropical South Asian plant part of the ginger plant family. Like ground ginger, the plant’s roots are dried and ground to produce turmeric. This wonder spice carries numerous health benefits and is said to promote heart health and ward off cancer.

This special spice gives meals and soups a rich yellow hue and a slightly earthy taste. The result is a warm and comforting dish. Use the same amount of turmeric your recipe specifies for ground ginger.

Cardamom comes from the cardamom fruit found on wild plants native to India. The fruit is heated or sun-dried. The resultant pip can be used as-is or ground to a powder for cooking.

This eastern ingredient frequently adds a spicy, sweet, and citrusy flavor to pastries and curries. Use the same amount of cardamom that your recipe specifies for ground ginger.

Derived from the seeds of a tropical tree native to Indonesia, nutmeg delivers a nutty, earthy, and warm flavor. Nutmeg is a versatile spice that can be used in sweet and savory dishes.

This potent spice gives cakes and muffins a hint of warmth. You can safely replace one part ground ginger with one part nutmeg in any recipe.

Cinnamon is made from the inner bark of various trees categorized as part of the laurel family of trees. As such, it’s grown in numerous parts of the world and is readily available. In addition, cinnamon is said to have antibacterial properties and can be used to lower blood glucose levels.

This woody spice can be an ideal replacement for ground ginger, particularly when making baked goods or desserts. Using cinnamon instead of ground ginger will add a warmer and slightly sweeter flavor to the recipe.

Ground ginger is a handy spice to have in the pantry as it can be used in both sweet and savory dishes. However, when in search of a substitute for ground ginger, there are several options available. This article offers ideal replacements that provide a similar level of versatility and will ensure your dish is a hit.