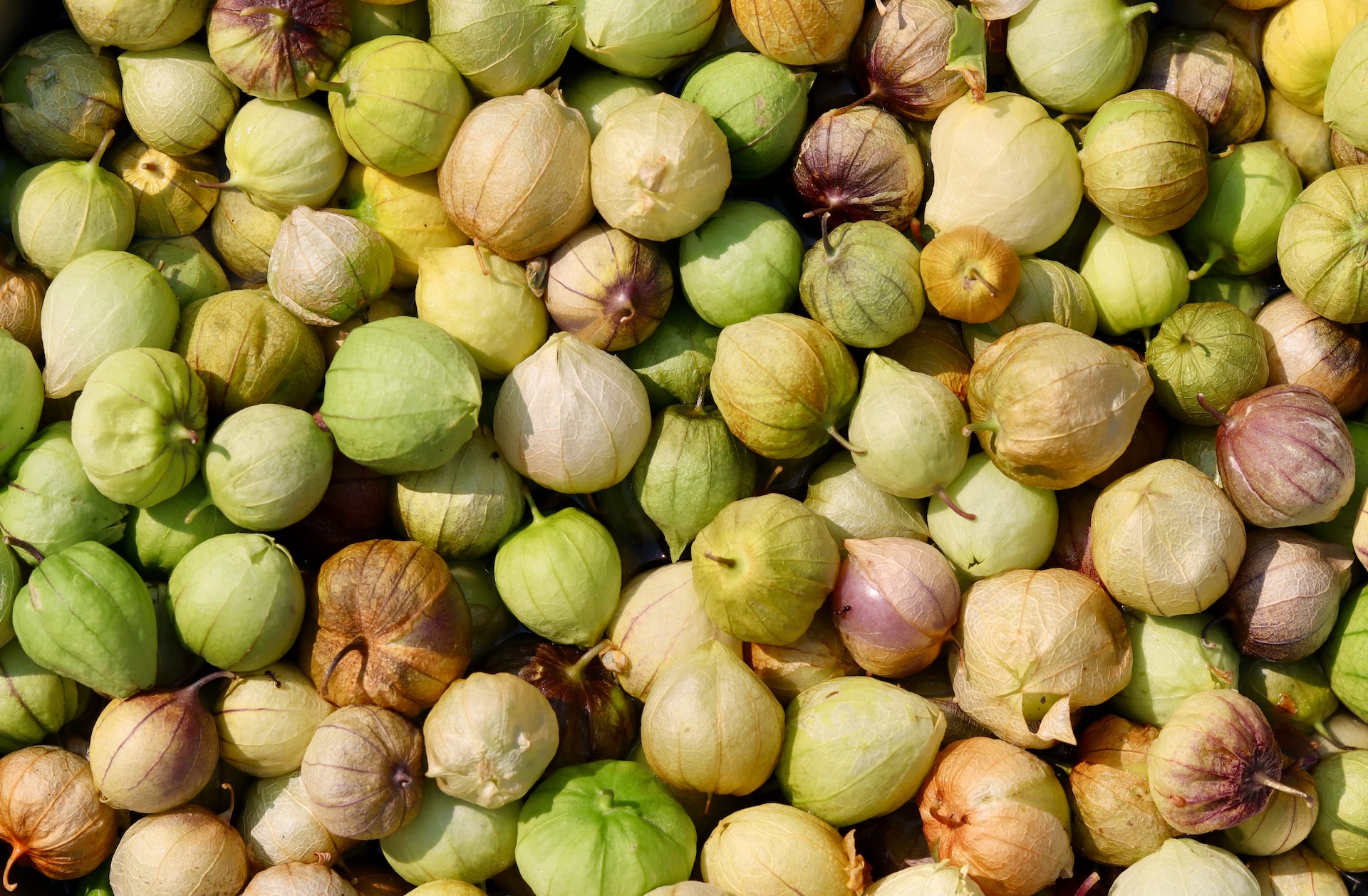 The physical similarities between these two fruits could lead to a tomatillo vs. tomato debate. Is a tomatillo just a green tomato? Can a tomatillo be used as a substitute for a tomato in any dish? These are just some of the questions asked by those keen to know the difference between the two.

This article will offer a detailed tomatillo vs. tomato comparison. And you’ll discover a great deal of fun information about these twin fruits.

A tomatillo is a fruit known for its resemblance to a tomato. It’s the fruit of the Physalis philadelphica or Physalis ixocarpa plant and is also called the husk tomato. A calyx is a thin, papery shell that surrounds a green tomatillo.

Both the tomatillo and tomato are harvested from nightshade plants. But the tomatillo plant is linked to the plant that bears ground cherries (cape gooseberries). The Chinese lantern plant is also a distant relative.

The name “tomatillo” in Spanish is derived from the Nahuatl word “tomatl,” which means “little tomato” in English. In Mexico, these fruits are known as “tomates verdes”, which translates as “green tomatoes”. Although these are not the same as the green tomatoes popular in the US.

Tomatoes are the ripe, edible fruit of the nightshade plant known as Solanum Lycopersicum. They’re available in a wide range of sizes and forms. These include tiny cherry and grape tomatoes, fleshy Roma tomatoes, and large beefsteak tomatoes. That said, globe tomatoes are the most common type found in stores.

The tomato is used in preparing numerous dishes worldwide. They’re used in sauces, stews, soups, casseroles, and much more.

Tomatillo Vs. Tomato: What’s the Difference?

Below are some of the primary differences between these two fruits:

Though many tomatoes are similar in shape and size to tomatillos, they are not the same color. Where the tomato is commonly red, the tomatillo is green.

The tomatillos are fleshier and more fibrous on the inside. Therefore, they look and feel different from tomatoes. Raw tomatillos also have a distinct acidic taste. Although the level of acidity is reduced when cooked. Still, they lack the sweetness of the tomato.

Tomatoes are juicier than tomatillos as they contain more water. They also grow without a papery husk on them, like tomatillos. Interestingly, tomatillos are often perceived as spicy, although this is not true.

The primary practical distinction between tomatoes and tomatillos is in their respective uses. Salsa Verde, a green sauce with a fiery kick used in Mexican dishes like enchiladas, is typically made from tomatillos. Tomatillos also go well in salads, soups, and as a side dish.

On the other hand, tomatoes are used for many different dishes, including pasta sauces, soups, stews, and salads. Tomato slices are a common topping for various foods like sandwiches, pizzas, subs, burritos, tacos, and burgers. And they make popular condiments like ketchup and marinara sauce.

The tomatillo is undoubtedly not a tomato, and this post should have done well to explain that. When comparing the tomatillo vs. tomato, you should now know what sets them apart.