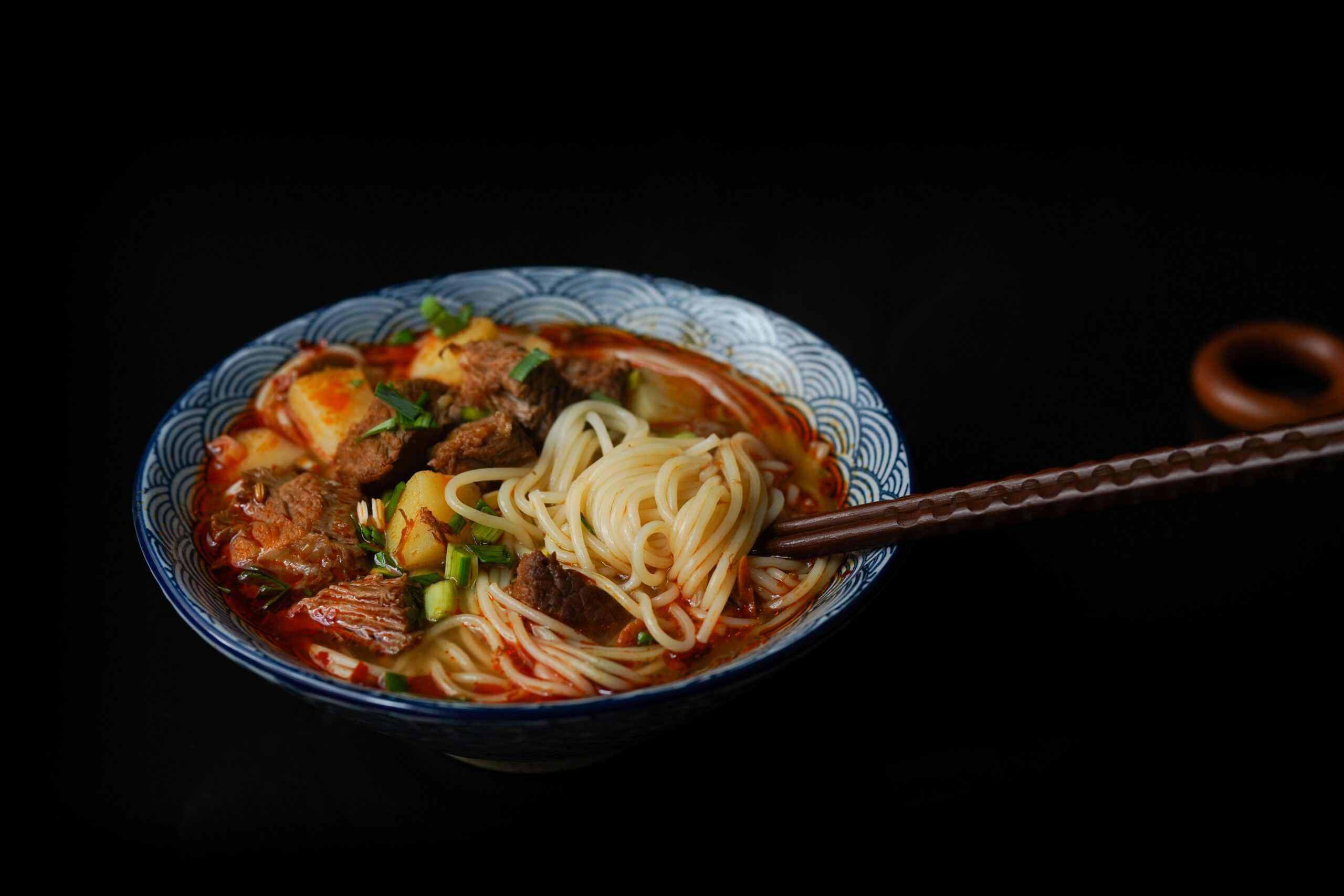 Say someone holds a bowl of ramen and saimin noodles in front of you. There is a good chance you won’t be able to tell the difference between them. And you wouldn’t be alone here.

When examining saimin vs. ramen noodles, you’ll notice that they look very similar. However, their cooking style and flavor are what sets them apart from each other.

What are Saimin Noodles?

Saimin noodles are a traditional Hawaiian noodle and dish. These noodles are typically made of eggs and wheat flour. And the base of the saimin noodle soup dish is made of bonito and shrimp.

This noodle soup meal is served with a dashi-based broth and assorted garnishes. These include bok choy, dried seaweed, cured seafood, or sliced scrambled eggs.

Traditional saimin establishments have their secret broth recipe, making the noodle dish a unique part of the Hawaiian culture.

Saimin noodles were developed during Hawaii’s plantation era and are a popular local comfort food, eaten all year round. While the working class initially enjoyed this noodles-based meal, it can now be seen on menus of upscale five-star restaurants.

What are Ramen Noodles?

Ramen is a traditional Japanese noodle and dish. Wheat is the key ingredient that is used to produce ramen noodles. And the ramen noodle dish is served in a dark broth accompanied by vegetables and meat.

Chinese immigrants introduced these noodles to Japan in the late 19th or early 20th century. Now ramen noodles are a mainstay of Japanese cuisine and are widespread throughout Asia.

The noodles are available all around the globe, most often in a dried, instant form. There are four basic categories of ramen dishes, each distinguished by the type of broth the soup is made from.

Saimin and ramen are similar noodles, but their dishes differ in flavor and ingredients. Basic saimin noodles are typically enjoyed as a snack, but they can be incorporated into a more substantial meal. Saimin noodles are thin, white noodles with a softer texture than ramen.

While saimin noodles look similar to ramen, their dough has a higher proportion of ash and contains more eggs.

Ramen noodles have a subtle flavor. And the ramen noodles dish comprises a dark-colored broth. On the other hand, saimin noodles are packed with intense flavors and are often served in transparent broth.

The broth for the ramen noodles dish is made from pork bone, chicken bone, bonito, dried sardines, and vegetables. On the other hand, the broth of saimin noodles has a shrimp and bonito base. When tasting their broth, you can easily tell the difference between the two noodle dishes.

While saimin and ramen noodles look a lot similar to each other, their flavor profiles are entirely different.

Understanding the ingredients and process used in making the two noodle dishes is essential. This way, you can easily distinguish between saimin and ramen noodles.