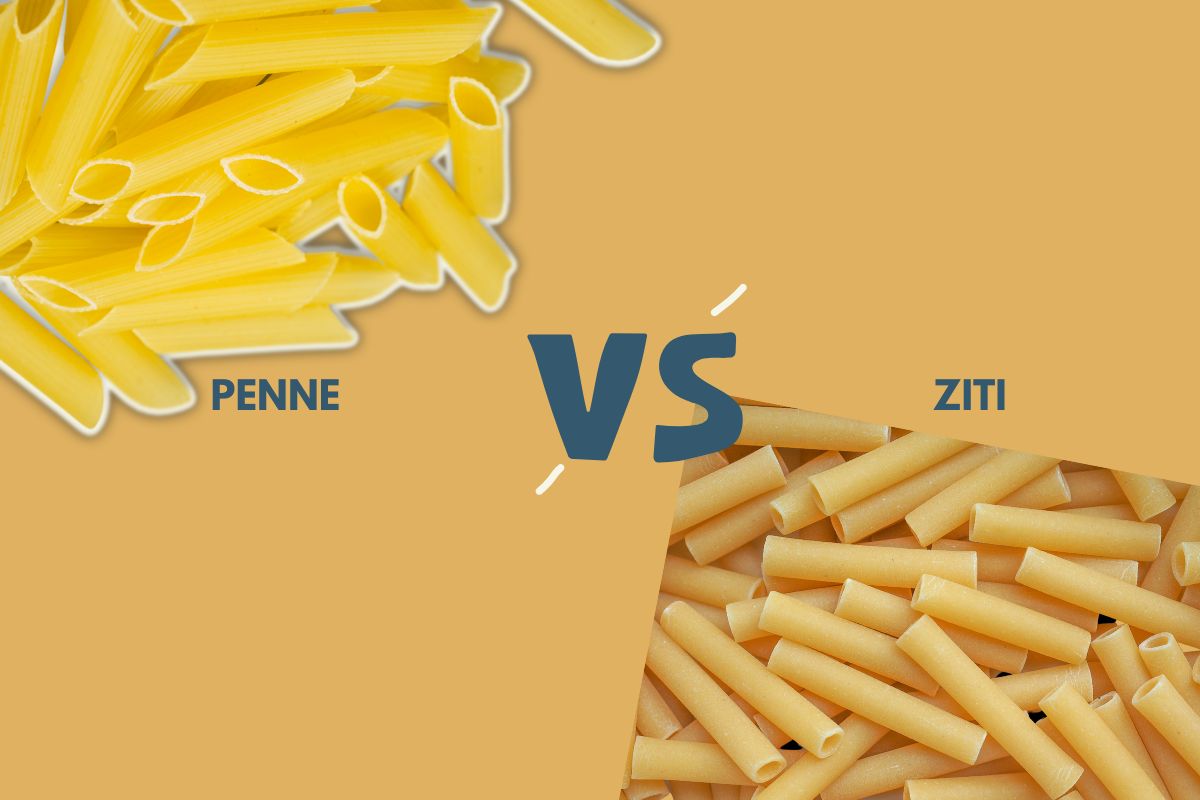 Penne is a cylindrical-shaped pasta with its ends cut diagonally. The name is derived from the Latin word “penna”, which translates as “feather” or “quill”. And the angled ends of the past resemble the tip of a pen. It originated in Campania, Italy, in 1865 when a pasta maker obtained a patent for a diagonal pasta cutting machine. Penne has two variants. These are penne lisce (with a smooth exterior) and penne rigate (with a ridged exterior).

This pasta is cooked al dente. And penne is typically used in very saucy dishes due to its shape. Sauces like pesto, arrabbiata, or marinara are typically eaten with ridged penne. The furrows hold the sauces well, and the hollow space distributes the sauces equally. It can be used in several different dishes, from casseroles to soups.

Penne is usually made from durum wheat flour, but other varieties exist. There are whole wheat, white wheat versions, and gluten-free alternatives like pasta made from rice or corn.

Ziti is a long-tubed pasta originating in Campania, Italy. The tubed pasta is broad with a length of about 25cm and a smooth texture. Because of this, it must be broken into pieces before cooking. Alternatively, you can buy pre-broken ziti at the grocery store. One of the main characteristics of ziti is that the ends are cut at a ninety-degree angle.

This pasta is often stuffed and baked and is known for the popular Italian-American dish, Baked Ziti. However, ziti is not limited to baked casseroles as it works well with thick creamy sauces due to its hollow shape.

Penne Vs. Ziti: What’s The Difference?

While penne and ziti may have similarities, like being tubular types of pasta, they have some differences.

This article has given a brief rundown of penne and ziti pasta, outlining their main differences. Understanding these differences will be helpful when selecting pasta for your next casserole or arrabbiata sauce.