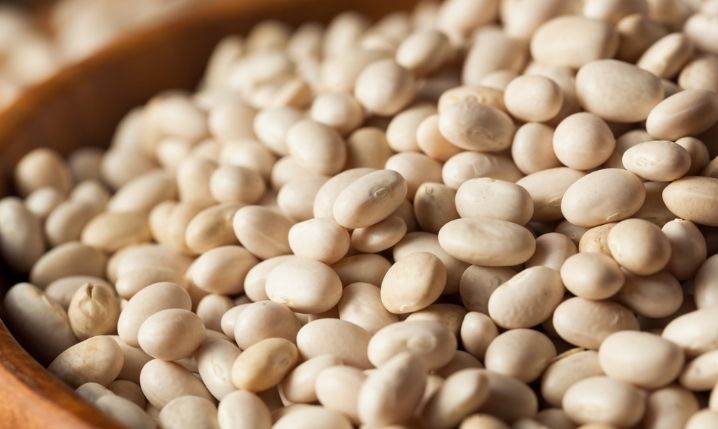 Navy beans got their name because they were a staple food in U.S. Navy rations starting in the 19th century.

These beans feature in many traditional American dishes, including baked beans, bean soup, and bean pie. They have a mild, nutty taste and a soft, smooth texture that breaks down well with extensive cooking time.

If you don’t have navy beans on hand, several other beans that you may have in your pantry work well as a substitute. Here are a few of the best replacements for navy beans.

Cannellini beans have a similar mild, almost sweet flavor to navy beans, so they work well as a substitute in soups and stews. They are also similar in appearance. However, cannellini beans hold their shape better when cooked, which means that they are not a good substitute for dips or pie fillings because they don’t get mashed as easily.

Great Northern beans work well as a replacement for navy beans in soups and stews, thanks to their similar mild, nutty flavors. However, these beans are firmer than navy beans. This may be a good thing if you don’t like mushy soup, but it does mean that you can’t make dip or even bean pie as easily using great Northern beans.

Butter beans are a type of small white bean popular in North America. They are a variety of lima beans, and often the names are used interchangeably. Like navy beans, butter beans have a creamy texture and robust, nutty flavor.

Butter beans are extremely versatile, like navy beans, and can be used in soups, stews, skillet dishes, and other sides. They are slightly starchier than navy beans, which could affect the final texture of your dish. When buying butter beans, be careful reading the label so you don’t accidentally buy lima beans, which are sometimes green.

Runner beans, sometimes called butter beans (just to make it even more confusing), are long, green beans that originally come from South America. The flat, long pods can be cooked whole when they are young, which separates this species from other beans. When runner beans age, the seeds grow into white or speckled beans that are similar in texture and flavor to navy beans.

Pinto beans are large, speckled brown beans popular in Mexico, the southwestern United States, and other parts of Latin America. Pinto beans have a robust, beany flavor and soft texture that breaks down when cooked. They are often used to make refried beans.

Pinto beans have a soft texture like navy beans, so they function as a replacement for dip recipes in a way that firmer beans cannot. However, they have a much stronger flavor, so you may need to use fewer pinto beans than you would navy beans in a recipe.

Navy Beans are one of the most widely called for bean in many traditional recipes, but you can always find a navy beans substitute to use in a pinch. The above options give you plenty of excellent alternatives to use in any situation.